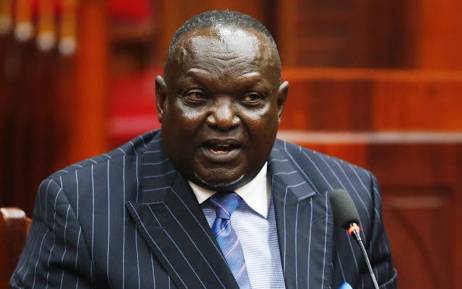 A Kenyan has died of Covid-19 in Saudi Arabia. Kenyan ambassador to Saudi Arabia Peter Ogego (pictured)  said the victim had an underlying medical condition prior to the pandemic.

“Ambassador Ogego has informed us this afternoon we lost one Kenyan, with an underlying medical condition to Covid-19. Notably, this is the first such case for Kenyans in the Kingdom of Saudi Arabia,” said Mohamed Weliye, a Kenyan and an Advisor to Saudi Arabian Monetary Authority (SAMA) in a tweet.

Mr Ogego had earlier sent a message to Kenyans in Saudi Arabia telling them to abide by the measures put in place by authorities to combat the coronavirus pandemic.

He said the Embassy would temporarily suspend its normal operations and consular services until further notice. He said this was in line with the country’s elaborate efforts to contain the spread of the coronavirus pandemic and to reduce any risk of infection to staff and clients.

During the period, members of staff of the embassy are working virtually and are on duty on call.

This increases to close to 10 the number of Kenyans who have died abroad of the disease. Two of them have died in the UK and six in the US.

Foreign Affairs Principal Secretary Macharia Kamau said five Kenyans had died of the coronavirus in the US in the last month, while hundreds of others are stuck in various countries that have imposed lockdowns.

Kamau said the five victims had underlying medical conditions that worsened their conditions, leading to their deaths.

Kamau said an estimated 160 Kenyans who had travelled to India with their relatives to seek treatment are currently stuck in that country.

He added that about 18 travellers are stranded in Australia and around 200 students in Iran as they have been unable to return home.

Kamau said close to 3,000 Kenyans are in China but that no deaths had been reported. There are plans to evacuate some of them on May 1.

Embassies in Kenya have since been working with the Kenya Civil Aviation Authority (KCAA) and other government agencies to facilitate the travel of their citizens back home.

By Rogers Otiso Feb. 5, 2023
Women: Chin hair could be a sign of these health problems