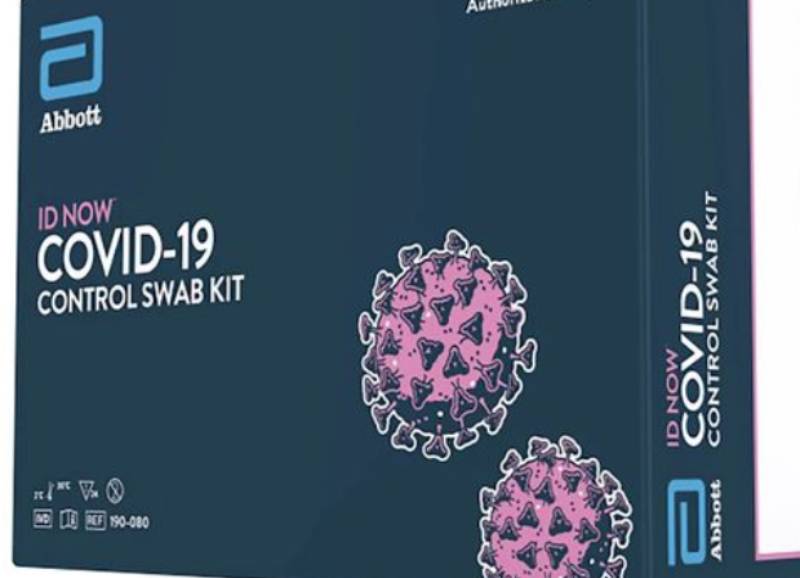 While staying at home, social distancing and washing hands will help keep coronavirus at bay, it is science that will finally defeat it.

All of us are doing our part to stop the spread of the disease and save lives, but we dream of the day a vaccine is found.

But until then, the world’s leading scientists and engineers, and companies from Fujifilm to Mercedes, are racing to develop other ways to combat Covid-19 and enable us, as much as possible, to return to normal life.

Here we look at how the scientific world is bringing hope to a world desperate for a light at the end of the tunnel...

Described as a ‘game-changer’ by Boris Johnson, the UK has ordered 3.5million antibody tests, designed to reveal whether people have been infected with coronavirus.

Initially the test will enable NHS staff to know if they have been infected with - and recovered from - the virus so they can return to work.

Widespread antibody testing could reveal whether large numbers of mild infections have gone unnoticed, allowing those people to be able to return to work and go back to their normal lives, helping to get the country moving again. If, as an Oxford University study claimed this week, more than half of us have been infected without knowing, this would mean an end to lockdown for millions.

Also known as the ‘serology test’, it is carried out by a disposable kit you will be able to buy online and conduct a pinprick blood test at home. The test takes 15 minutes to provide a result.

The Government has announced that Brits will be able to conduct the tests within a matter of days, with kits available from Amazon or Boots, for around £6.

However, because only 3.5million have been ordered, there will not be enough for the entire UK population and will probably be initially limited only to key workers.

Engineers from University College London, clinicians and Mercedes Formula One have come together to create a breathing aid which could save the lives of coronavirus patients.

The continuous positive airway pressure masks were designed and built in less than a week.

The CPAP masks use “positive pressure” to send a stream of oxygen and air into the mouths of patients struggling to breathe.

The devices can be used on standard wards, unlike ventilation, which can only be used under sedation on intensive care wards, and help bridge the gap between an oxygen mask and
full ventilation.

Prof Mervyn Singer, of University College London Hospitals, said: “These devices will ensure ventilators are used only for the most severely ill.”

Forty masks have already been delivered to UCLH and to three other London hospitals. If trials go well, up to 1,000 can be produced per day by Mercedes, beginning in a week’s time.

One of the countries most successful in containing the virus, Singapore, earlier this month launched an app that helps identify those who have been in contact with infected people.

The technology behind the TraceSmart app will be freely available for developers worldwide.

Phones with the app installed exchange short-distance Bluetooth signals when they are near each other, and records of those encounters are stored in each phone for a maximum of 21 days.

If a user is diagnosed with Covid-19, they could then allow health authorities to access the app data, to identify people they have had close contact with.

Singapore’s government, which created TraceTogether, said it was working hard on preparing its code to be shared with other countries.

Several British companies have been rushing to develop new ventilators to help.

They include Dyson, which invented the CoVent ventilator in 10 days. Other firms involved include JCB, McClaren, Airbus, Ford and Rolls-Royce.

Ventilators take over the body’s breathing function by pushing air into the lungs, allowing a patient to fight the infection.

Dyson’s CoVent is portable and bed-mounted, and can run on mains or battery power. VentilatorChallengeUK, a consortium of 14 British firms including BAE Systems and Siemens, this week received a Government order to build 10,000 ventilators after developing one from scratch in a week, called Project Oyster.

And seven Formula One teams including Aston Martin and Mercedes said they are working on multiple ventilator projects, under the name Project Pitlane.

Firms that have won contracts promise the equipment will start being delivered in days.

There are plans to give “temporary vaccines” to those at risk, or to the newly infected. The jabs could guard people’s health for a month or two at a time while a longer-lasting solution takes shape.

The experimental treatment will be given to those in contact with patients, such as NHS staff and family members, as well as those with pneumonia caused by the virus to reduce the number needing ventilators.

The immune system-boosting jabs contain antibodies from the blood plasma of “hyperimmune” people who have recovered from Covid-19. People who recover from the disease would be asked to donate their blood.

Prof Arturo Casadevall, the immunologist from John Hopkins University in Baltimore, US, who developed the treatment, says “it could be deployed within a couple of weeks”. Trials of this treatment for use in the UK are expected to start soon after.

Existing tests take up to two hours to give a result, and most Brits with suspected infection will not be tested unless they end up in hospital. But Oxford University scientists have
now developed “rapid testing technology” which gives results in half an hour and which can be done at home. They don’t need elaborate equipment and they are very sensitive, so patients in the early stages of infection could be identified sooner.

The scientists claim the new test, which is yet to be approved, uses “simple equipment” for taking samples and reading results, meaning it could be used in places without specialised equipment or personnel.

Testing equipment doesn’t face as many hurdles as vaccines and anti-viral treatments, so these could start being rolled
out in a matter of weeks.

A massive research and development effort is under way to find a treatment to bring patients back from the brink.

A study of Covid-19 patients in France found most who took anti-malarial drug Choloroquine cleared the virus from their system much faster than the control group. Adding another drug, Azithromycin, was even more effective.

Japanese firm Fujifilm has developed an anti-viral drug, Favipiravir, which has now been approved for the treatment of Covid-19 patients in China. In clinical trials patients given the medicine, also called Avian, turned negative for the virus after an average of four days after becoming positive, compared with 11 days for those not given the drug.

In the US, scientists reported that two coronavirus patients in New York were taken off ventilation in days after being treated with a drug which had already been approved for treating HIV and breast cancer. Leronlimab calms the “cytokine storm”, when the immune system makes the inflammatory response flare out of control.

When will it be ready

New drug treatments require extensive testing and could take months to be approved. But scientists are trying existing drugs or combinations of drugs with minimal testing, and the signs are promising that soon medics will be able to treat some of the life-threatening effects of Covid-19.

The world anxiously awaits the arrival of an effective coronavirus vaccine, and research to find one is happening at breakneck speed.

More than 20 vaccines are now in development, with US company Moderna controversially skipping animal testing to start the first human trial of their vaccine earlier this month.