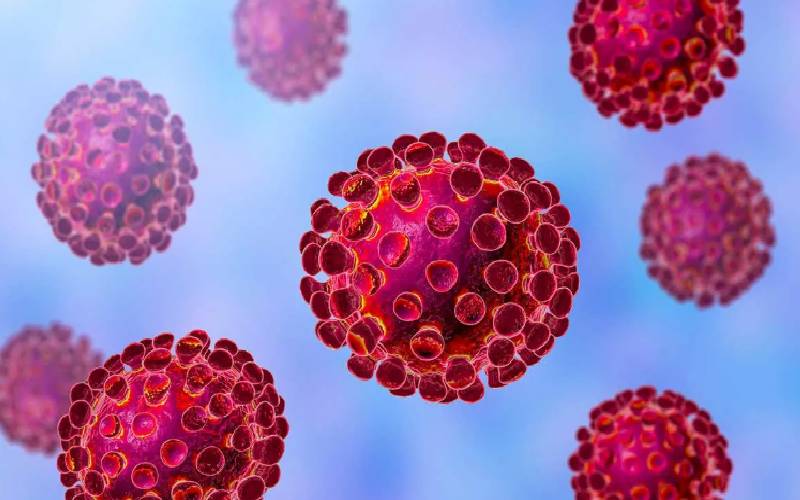 Speaking during his routine daily press briefing at Afya House, Nairobi, Kagwe revealed that the new cases were spread out across four counties namely: Nairobi, Mombasa, Kilifi and Kwale.

He said among the new cases, seven were Kenyans while the other two were foreigners.

Kagwe admitted that there are quarantine challenges in designated hotels and government facilities, but said the process will soon be streamlined.

Travellers are taken for mandatory quarantine but Kenya is unable to handle the huge numbers.

Kagwe said some 98 people have been discharged after completing the two-week quarantine while 745 are being monitored.

Health CS urged travellers to bear with measures taken by the government to curb the spread of Covid-19.

Other measures will be introduced to ease the process and end inconvenience to passengers.

Some 25,000 testing kits were today received from Chinese billionaire Jack Ma, he said.   Mandatory testing for all travellers arriving in Kenya will be fast-tracked.   The country is looking for fast-testing kits and was in talks with the Chinese government, said Kagwe.   "We are looking to supplement production in masks, uniform and other gear," he said.   Starting Wednesday, the government will announce further measures on what will be done to stop the spread.   He denied claims that the Frenchman who was initially admitted was in a critical condition adding that all patients were stable.   Coronavirus cases have so far reached 394,825 globally. Kenya has not reported any deaths.   Kagwe criticised residents who do not observe the measures advised such as social distancing.   Nairobi, Mombasa, Kwale and Kilifi have been listed as having extra exposure.   But Kagwe said more resources have been channelled to the four counties to beat the virus spread.   Managers of hotels set up as quarantine centres have further been urged to not hike their prices, with the CS saying it is immoral.   "Exercise patriotism and generosity so we don't add salt to injury."   Kenya Airways on Tuesday offered complimentary tickets to Kenyan citizens from New York to Nairobi, being its last temporary flight from America following the outbreak of Covid-19.   KQ announced on Monday that it will give complimentary one way tickets to Kenyan citizens from JF Kennedy Airport to Jomo Kenyatta International Airport on Tuesday 6am American time.

The tickets were given on Tuesday on first come first serve basis.

All passengers were subjected to entry and screening procedures instituted by the Kenya’s Ministry of Health.