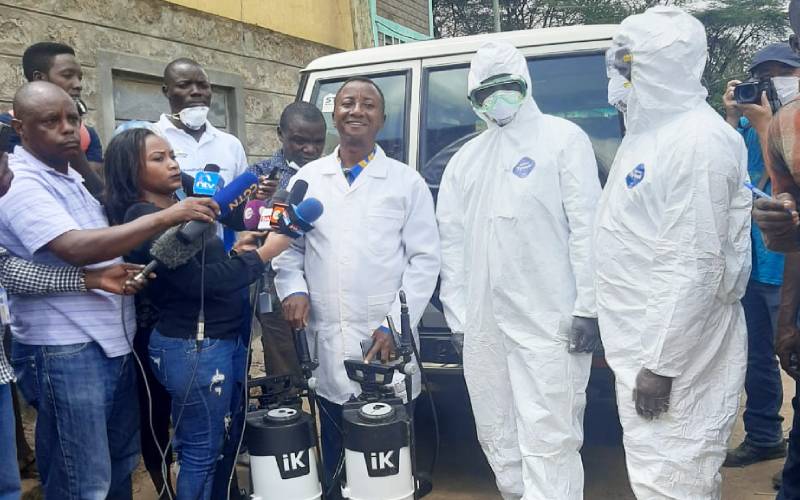 Health officials on Saturday fumigated homes in Ongata Rongai, Kajiado County, where the patient who tested positive for coronavirus lives.

The country’s security apparatus was on Friday night racing against time to trace and isolate persons who came into contact with a 27-year-old Kenyan woman who brought home the dreaded coronavirus. 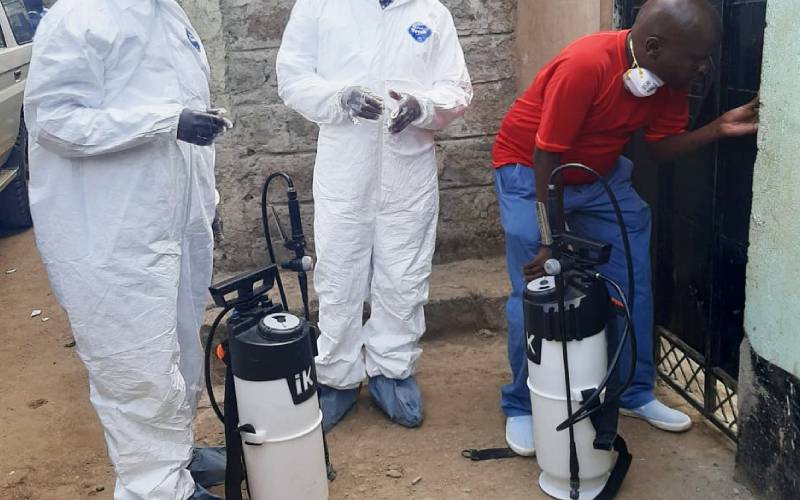 In the case described by Health Cabinet Secretary Mutahi Kagwe as “import case,” the lady traversed two US states - Ohio and Illinois before she landed in London. It is from London that she flew back to the country on March 5. 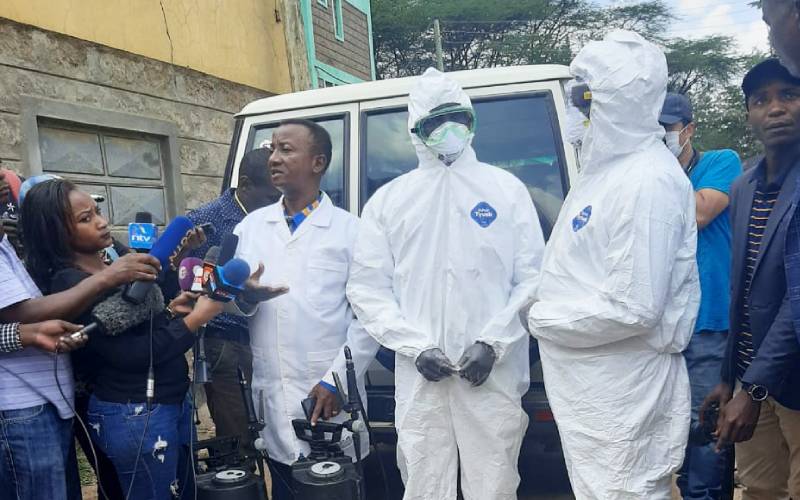 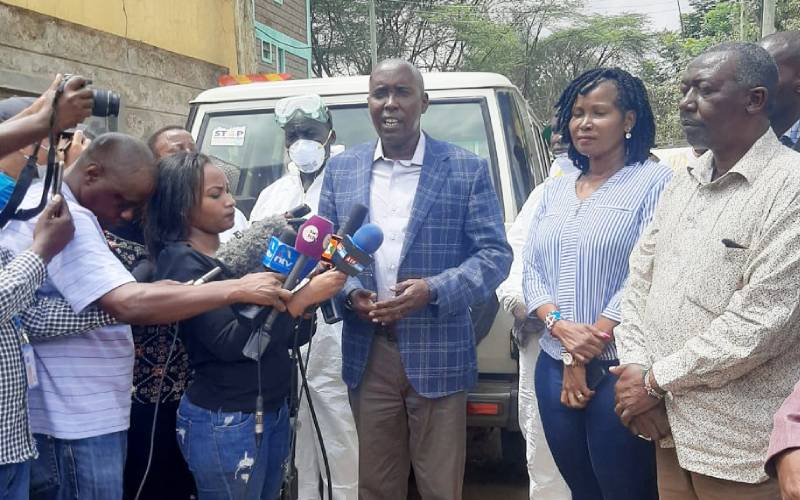 “We have our fingers crossed that hopefully, this is and will be the only case,” Kagwe said. On Friday, a team of medics and Rapid Response Team were holed up in Rongai, Kajiado County, to conduct what sources called “contact tracing” of all the people she may have interacted with in the last few days. 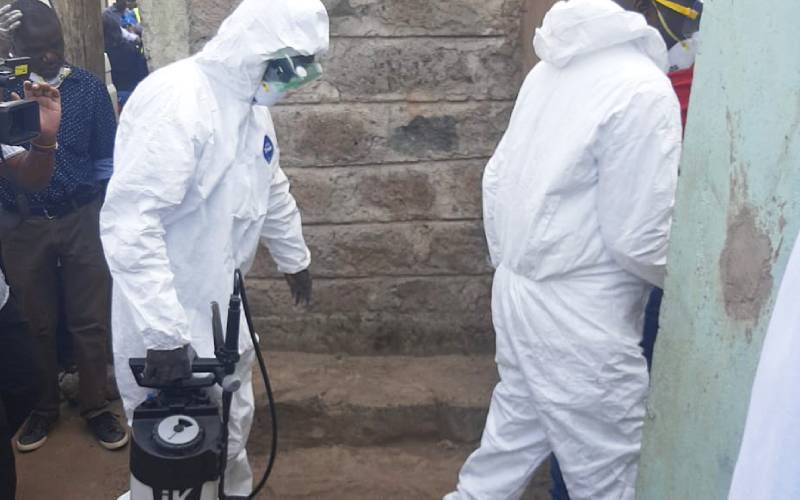 Kenya confirmed the first case of coronavirus on March 13. 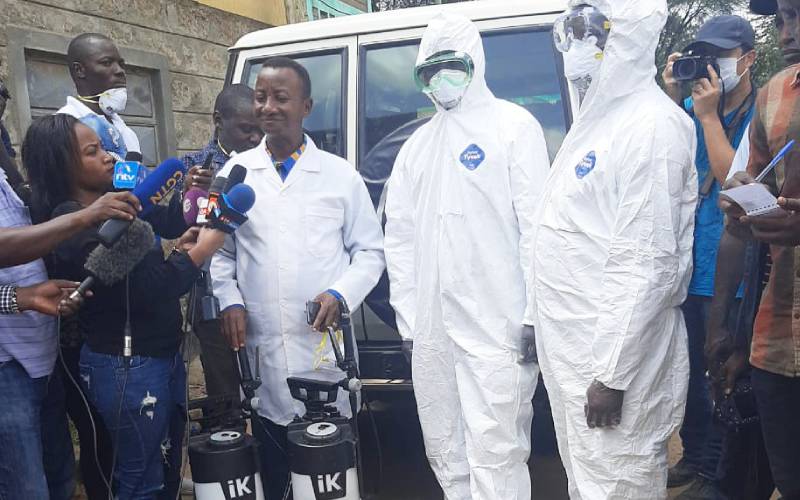 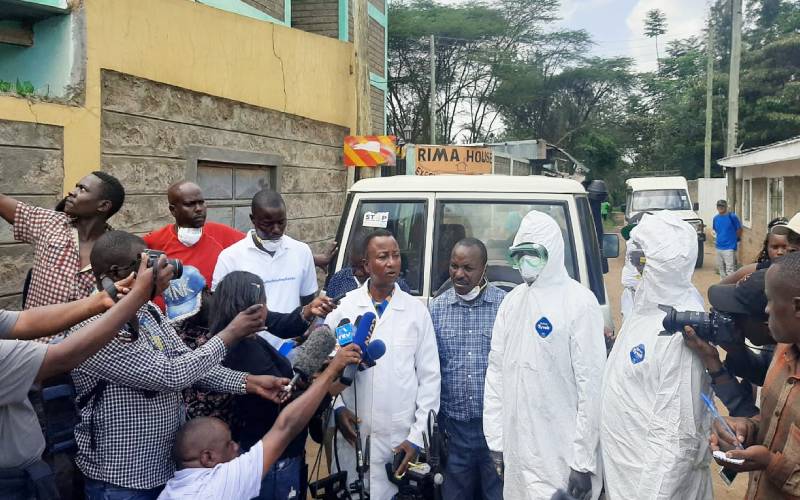 “What we have is a positive patient no more than that so there is no cause for alarm.”  Following the confirmation of the first case, the government has banned all public gatherings including religious jamborees locally known as “crusades” and interschool events as it monitors the situation. 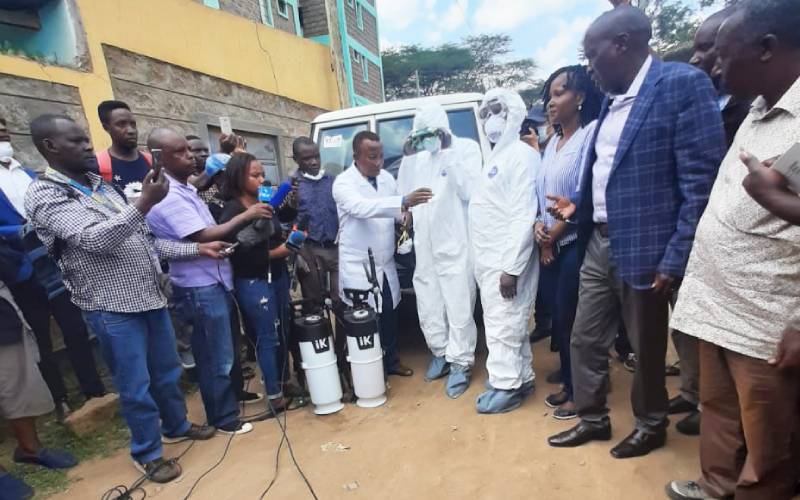 When the first case of the novel coronavirus broke out in late December, the immediate worry was the impact on the African continent due to its close links to China. None of the cases reported in Africa so far have come from China but from Europe, with the most recent cases being from the US and Japan. More cases are now being reported every day than were reported in China at the height of its epidemic.

By PATRICK VIDIJA | 22h ago