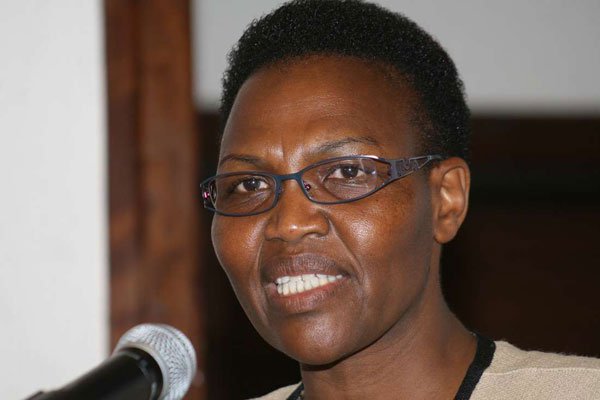 Kenya is not a hurry to remove her citizens from coronavirus-choked China, according to its ambassador Sarah Serem (pictured).

Serem said the authorities in China had put measures in place to deal with the outbreak.

"I prefer the Chinese government to handle the coronavirus since they are in a better position to deal with it. I don't think Kenya is ready to deal with the virus. By bringing Kenyans back, it will only expose the rest to the danger of infection," she said in an interview with Citizen TV.

The ambassador called on Kenyans to be patient and not to be worried, “There is no Kenyan who has been infected except the student who is suspected to have contacted the virus.”

The student from China arrived at the Jomo Kenyatta International Airport (JKIA) with coronavirus-like symptoms and was admitted at the Kenyatta National Hospital (KNH) isolation ward.

The Ministry of Health said the student was in a stable condition and the findings the test samples taken from him will be out today.

"We are in communication with all the students in china and we have rolled out emergency numbers for them call in case of anything," Serem said.

The envoy maintained that initiatives China is taking have partly addressed the situation, “Wuhan is on complete lockdown and so that is the best step the country has taken.”

The death toll rose sharply to 132 and the number of confirmed cases is at 5,974.

The World Health Organization (WHO) said it is confident in China’s ability to contain the coronavirus.

“We appreciate the seriousness with which China is taking this outbreak, especially the commitment from top leadership, and the transparency they have demonstrated, including sharing data and genetic sequence of the virus,” WHO Director-General Tedros Adhanom Ghebreyesus said on Tuesday.

While other airlines are cutting flights to China Kenya Airways says it will not suspend flights over coronavirus. KQ said it is closely monitoring the situation before taking next steps.

British Airways is the latest to announce the suspension of direct flights to and from mainland China.

The airline said on Wednesday that it was "assessing the situation".

"We apologise to customers for the inconvenience, but the safety of our customers and crew is always our priority,"

Other airlines, including United Airlines, Air Canada and Cathay Pacific Airways, have already cancelled some flights to China.

China's President Xi Jinping has described the virus as a "devil".