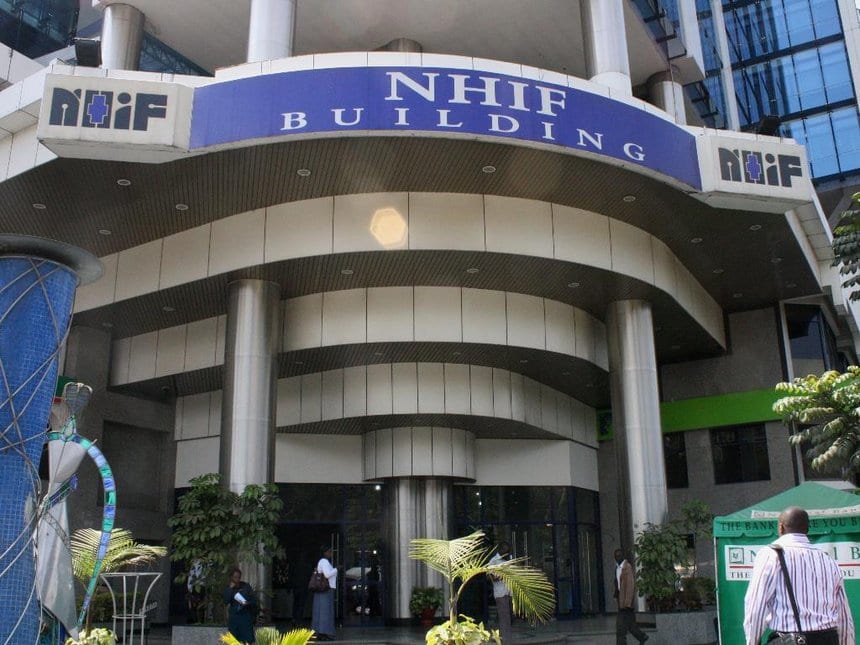 The move by the National Hospital Insurance Fund (NHIF) to implement new regulations on contributions, heavily punishing patients who had fallen back on their monthly contributions has triggered an uproar.  But Nicodemus Odongo (pictured), the acting CEO yesterday defended the decision that has shocked Kenyans. After a series of meetings on Friday, at both NHIF Building and Afya House, to find a way to wriggle out of the public outrage triggered by reports of plans to implement new punitive measures against defaulting contributors, Odongo insisted that the move was in order.

He clarified that the NHIF member management reviews are urgently necessary towards ensuring sustainability of the Fund especially from the runaway benefits and over-utilisation by the voluntary and informal sector. “The reforms are supported with professional actual data analysis and recommendations. Most of those actions like penalties are not new but were already in place,” Mr Odongo said, adding that if the reforms are not done the fund will collapse and the health-financing sector and hospitals will suffer. Waiting period A memo addressed to regional and branch managers, which has been doing rounds, signed by the fund’s acting head of registration and compliance Robert Otom and copied to Odongo, came up with changes. Among the recommendations is revision of waiting period for new voluntary national scheme members from two months to three months before they start getting services even as they have to pay a whole year’s contribution in advance within the three months.

SEE ALSO: I'm bipolar and here's how it feels

This means that voluntary membership, which is mainly made up of people in the informal job market will have to pay Sh6,000 within a span of three months then wait for three months before accessing services. Also to be effected was the penalty for defaulting contributors and their dependents. “Penalty on defaulting beneficiaries to stand at 50 per cent of the monthly contribution for each month paid late, up to 11 months, coupled with requirement to pay for one year in advance and a restriction of 30 days before being eligible for benefits,” read the memo. “Looking at the backlash the decision has met, it has forced the ministry to try and find a way through which the issues can be addressed without attracting public wrath,” said our source. Kenya Medical Practitioners and Dentists Union (KMPDU) Secretary General Ouma Oluga faults the move, saying it was not inclusive. He said NHIF must not act like a private health insurer.

“There was no participation despite the fact that it is a statutory body; as long as members are not included we disregard any of those changes,” Oluga said. He added that while the problems pointed out exist, the punitive regulations are not the solution because it is a social insurer which should not be after profits. Parliament also weighed in on the matter with Sabina Chege, the Muranga County Woman Rep revealing that the National Assembly’s Health Committee which she chairs had instructed the clerk to the Assembly to write to NHIF asking it to suspend the new regulations as they wait for a meeting on January 26. This is not the first time NHIF finds itself in the eye of a storm due to unpopular decisions. Two years ago, the fund tried to limit the number of times contributors could visit health facilities to only four every year. This was quickly rescinded after a public uproar. According to Odongo, cases of malpractice have been rampant. In February last year, 80 health facilities were investigated over fraudulent claims that NHIF said were being done through impersonation and fake surgical operations. Some of the health facilities were suspended from the programme. The other problem it seeks to solve are cases of late payment and default by those in formal employment. Some employers have been accused of deducting money from employees and failing to remit it. The new fines are supposed to be punitive to discourage such. Federation of Kenya Employers Executive Director Jacqueline Mugo has also expressed concern, arguing that the changes are drastic and may be counter-productive in the aspirations to increase informal sector participation in the scheme. But problems at NHIF have persisted despite several attempts to streamline its operations. Health CS Sicily Kariuki has remained tight-lipped on the issue. However, in an interview with the Standard late last year CS Kariuki acknowledged that there is a problem at NHIF. The CS intimated that the fund’s operations are proving unsustainable and this calls for reforms. “The issue at NHIF has been easy come, easy go money and this is why we are working to reposition it to cover UHC,” Ms Kariuki said even as she pointed out that the operational cost of NHIF was still too high above the best practice of three per cent of total revenue. She stated that out of every Sh100 collected by the fund, Sh15 goes into administrative costs and that, she said, has provided a leeway for people to loot the fund. By 2018, the health insurer had 7.7 million contributors, with those in the informal sector being 10 per cent less than those in the formal sector, having grown rapidly due to spirited marketing by NHIF from 2013. The CS noted that only 20 per cent of the Kenyan population is covered by NHIF and this cannot work well towards achieving Universal Health Coverage, which is one pillar of President Uhuru Kenyatta’s Big Four Agenda. Currently, health expenditure from the household accounts for 32 per cent of all expenditure in health-financing in Kenya. This means that Sh3 out of every Sh10 paid for health services comes directly from household pockets. The government puts in 36 per cent, which is a seven per cent increase in what it spent seven years ago. Also, donor funding is decreasing and the money has to come from somewhere.