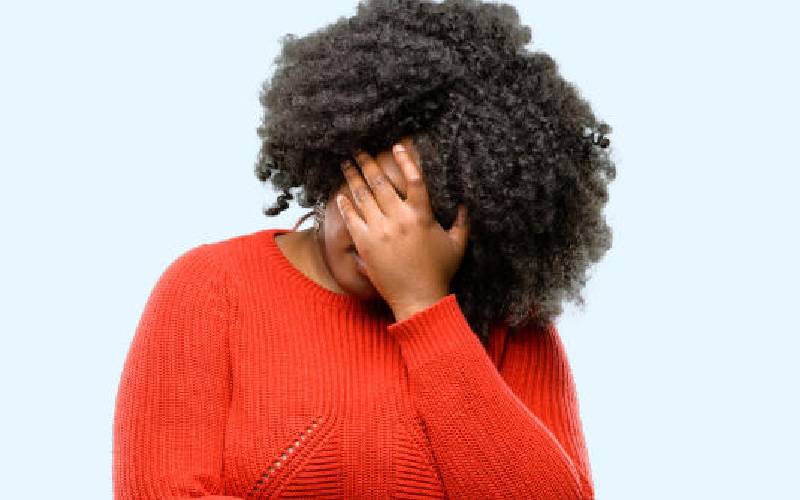 “As they interview you for a job, you should be interviewing them to find out if they are good for your psychological and physical health,” said Linda Spenser, a career advisor for Harvard, in the webinar on managing one’s career. But obviously many, like Grace Nzivo, hadn’t gotten the memo.

When Grace Nzivo, landed a job in Nairobi, she was the happiest she had ever been, but what she didn’t know was that a year and half later, she would be diagnosed with depression and would be put under treatment to help her feel remotely human again.

“I got the position for a projects coordinator. I was happy and raring to go; really confident in my abilities to get the work done well. But a few weeks in, I could already tell that I was in for a long ride.”

“You could do nine things right but then get the tenth thing wrong and that would become the centre of focus. You would be severely punished and forced to file correspondences alongside being on the receiving end of threats of being fired,” she recalls.

Grace Nzivo isn’t an isolated case, in fact, in 2017, the Ministry of Health called upon employers to put more emphasis on mental health at workplace due to the burgeoning numbers of mental illnesses in the country. After all, Individuals with depression lose 5.6 hours of productive time at work per week compared to 1.6 hours in non-depressed workers, which results in millions of lost workdays per year associated with depression. Latest estimates from World Health Organisation, also show that more than 300 million people globally are now living with depression, an increase of more than 18 per cent between 2005 and 2015.

The Ministry of Health also emphasised that some mental illnesses that could arise from work are treatable if diagnosed early and there is need for employers to develop programmes and policies addressing mental health at work place.

At its worst, depression can lead to suicide, which is now the second leading cause of death in young people between ages 15-29.

When it comes to heart attacks, prevention is very important.

By PATRICK VIDIJA | 13h ago

By STANDARD TEAM | 2d ago