Raising children can be a daunting task especially when they get older and demand for their independence. In most cases parents find themselves stuck between a rock and a hard place on whether to let their children explore and learn from their mistakes or protect them forever.

A lot of parents worry about their special needs daughters hitting puberty. When they start experiencing the inevitable changes, it can be a problem to explain some of the changes, like enlargement of breast and menstruation, not to mention the fear of sexual abuse.

According to Peter Mucheru, a special needs education, speech and language therapist, parents need to start giving children the talk about puberty as early as eight years old: “The first mistake parents make is thinking special needs children are asexual. Don’t treat them differently to other children. They are the same and the first step is planning ahead, don’t wait for changes to start appearing then panic.”

As a parent, you need to understand that the cognitive abilities of special needs children are lower. Cognitive abilities are aspects of mental functioning, such as memorizing and remembering; inhibiting and focusing attention; speed of information processing; and spatial and causal reasoning.

“Communicating with your daughter is a slow process. Know her capabilities and how much she can process. Break down some of these things to the smallest and most basic levels as much as possible. Use pictures and models. For instance, when teaching them an organ, show them and ensure they understand what you are saying,” explains Mucheru.

When raising a child with special needs, even potty training is a problem. It can take a long time for them to understand what is coming out of their body not to mention understanding why they have to use a toilet.

In the same context, Mucheru advises parents to prepare for the transition into puberty early enough to save you the stress.

“Don’t wait for the changes to start appearing then bombarding your child with explanations. This might regress their growth because they take a longer time to process new information. During life skills classes, we teach them hygiene and about parts of their body but these teachings mean nothing when they don’t hear them from you as a parent,” says Mucheru

As Mucheru puts it, it is imperative that parents reinforce these lessons at home for their children to understand the importance of identifying themselves. This is important so that the changes don’t scare and confuse them. It will be easier for your child to accept and embrace the changes when they understand girls go through these changes at an early stage.

“We may be able to teach your child what puberty is all about and explain menstruation but as a parent you must reassure your child everything will be alright and the changes they are going through is normal. Communicating with a child with special needs is a slow process and you have to continuously remind them of things you had previously talked about,” says Mucheru.

Mucheru further revealed that some parents don’t allow their children to go to school once they have started their periods. Even though every parent is unique in how they want to raise their children, some of these methods may lead to low self-esteem.

“Girls are soft and vulnerable and they will start wondering why they don’t go to school on these ‘special’ days. Don’t keep your girl guessing, hold her hand and build her confidence even if she doesn’t fully understand her growth,” advises Mucheru. 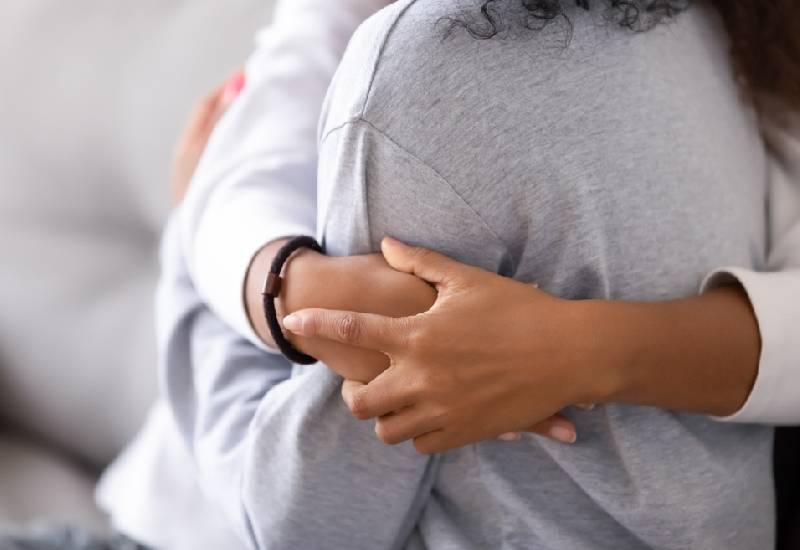 When you think they are ready and it is appropriate, show them with pictures and even practise how to use pads. However, sometimes you might prepare your child for puberty and menstruation but some adolescents might not have the capacity to cope or understand the changes completely. This is where parents start worrying about their children being sexually abused.

“Never let strangers handle your daughter when they start going through puberty or even before. Your teachings might be misconstrued which will give you a problem trying to convince your child to believe your version of truth,” says Mucheru.

According to a research by the National Association of Adults Survivors of Child Abuse (NAASCA), 90% of children are abused by persons known to them. Most get lured and later threatened not to report the incidences of abuse. In most cases they fall prey because they trust these people and believe they would never hurt them.

“Don’t mix up reactions, as at now you know the cognitive abilities of your daughter and how much they can understand. Teach them the difference between good and bad touch. Have special names for what you consider as abuse when teaching them. Have models of inappropriate touch and ensure they understand by demonstrating and gauging their reaction” explains Mucheru.

He further explains that some parents have hacked the sexual abuse clause by teaching their special needs daughters not to hug or be touched by any man, including their fathers. While this might come out as a little been rough, when the father understands and respects the boundary that has been put in place to protect their daughter, it works rather convincingly.

Parents have the duty of creating a special bond with their children and having their own way of protecting them from abuse. Some easy ways of starting the journey includes teaching the kids things like the importance of undressing and dressing in private.

Also, it is of utmost importance to teach your child that not everyone is a friend; special needs children tend to be extra friendly.

“Our children are not safe, as we know they are abused by people known to them and children with special needs are most vulnerable. Some won’t be able to explain what happened, let alone remember or report to you. It is your duty as a parent to ensure your girl is safe,” cautions Mucheru.

“I know parents who have put their daughters on contraceptives to prevent early pregnancies. They believe this is the only way they can protect their children.”

Parents also need to equip themselves with the necessary training on how to take care of their children with special needs. Tools are available for parents to educate their children on their development as teens.