For a mother, there's nothing like too much caution 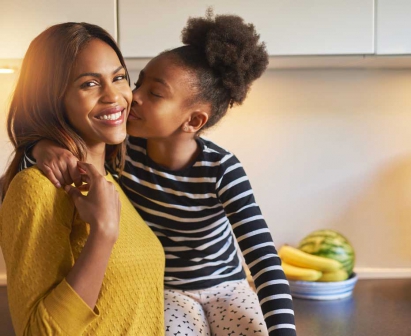 There's a TV advert that reminds me a little of me. It depicts three types of mothers and their relationship with perceived danger – there's a paranoid mum, a cautious mum and a mum who trusts this wonderful disinfectant that allows her to release her child to play outside with no worries.
I think there have been several instances in my life when I have been a combination of paranoid and cautious Mum, much to the disgust of the young ones. Here are a few:

Son asks to ride bike on open road
When he was about 13, our oldest began asking if he could leave our 'safe' compound to ride his bike out on the open road with his friends, to which I responded with a flat and final "NO!" As his face fell and several "but why" questions tumbled out of his mouth, I presented all the "what ifs" that could befall him "out there". What if his bike was stolen? What if he was knocked by a car from behind? Or from the front? What if he crashed into a deep ditch trying to avoid the car that was surely heading for him? What if he got lost???

Day after day he asked, and day after day I said no, no, no. And then he stopped asking and I thought that was the end of it, to my relief. Then a few weeks later we were sharing stories at home and his tongue slipped: "Like when my friend's bike got a puncture..."
I was livid and ready to ground him for the rest of his life. In his defence, he said he figured that I was never going to agree to him riding on the road so he went ahead and did it to prove all my fears invalid. He was right – if he hadn't sneaked out with his friends, I don't believe I would ever have said yes.

Daughter has DL but has never driven alone
When our older daughter got her driving licence, I was content to leave it at that. She could only go out driving when there was an experienced driver to guide her on the crazy city roads. Then the day came when she needed to go to school and there was no one available to accompany her. So she asked the inevitable question: "Si I just go alone?"
Now, a mother's lips are usually in the "no" position, ready for when her child asks to do anything she considers dangerous. I am no exception, so of course I said no (I admirably restrained myself from shrieking the word). But when she asked for another solution, I had none. And so it came to pass that the following morning, she made her way to school alone for the first time since she became a certified driver.

I did the only thing I could think of – got down on my knees and prayed against all manner of imagined accidents – trees or lamp posts suddenly jumping onto the road, roundabouts becoming square so she could trip over them, cars coming too close or hooting at her hence scaring her and causing her to drive into a ditch, open manholes waiting to swallow her, malfunctioning traffic lights, matatus (that the crews would be on strike that day) and everything else I could think of.
When she got back home in one piece and wearing a huge triumphant grin, I breathed a sigh of relief that I am sure was heard all over the city.

Youngest wants to go to shops alone
We were visiting different shops in the mall when the youngest, a pre-teen at the time, asked if she could dash into the supermarket to pick something she really, really wanted. As usual, my lips pursed themselves to say "no". And that was that. But then it started happening more frequently after that – if not the supermarket, it was the clothes shop, or the sweets shop. Her argument made sense – if we split up, we could save time.

So I started to give her a long list of do's and don'ts before I let her out of my sight - do keep your phone on; do keep it close so you can hear me calling (at one-minute intervals); do memorise all the landmarks between here and the shop you want to go to; do not, at any cost, talk to strangers! And do not ever attempt to leave the mall on your own.
Well, now she is a full-blown teen and visiting malls and going to the movies without me, and I just have to accept that they are all growing and will soon leave home. Until then, I'm working on becoming the last kind of mum – the confident one.