Celebrities who have opened up about polycystic ovarian syndrome (PCOS) 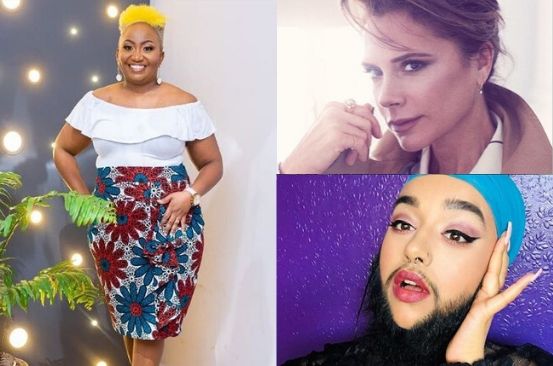 ALSO READ: Why the contraceptive failure rate is high

Polycystic ovarian syndrome (PCOS) is caused by an imbalance of hormones which affects the ovaries. It causes cysts or follicles to grow in the ovary and that can bring about reproductive problems.

Although there’s no cure, this condition can be managed because it relies heavily on lifestyle changes and medication.

Affected by it, some high-profile celebrities have boldly talked about their challenges with the condition bringing attention to this monster that’s affecting thousands of women worldwide.

Below are some of the celebrities who have shed light on this condition.

Wife to popular Dj and media personality, Dj Soxxy, Ann opened up about her struggles in several interviews dating back years. At only 25, she noticed that she was leaking breast milk and yet she actually hadn’t had kids yet. She was put on hormonal balancing medication and continued living her life as normal. About a year later, she realized that her period completely disappeared for some time. This was a major sign that something was wrong. After going for scans, she was diagnosed with PCOS. The main concern at this point was having kids. She was now starting to accept the fact that she might never have children.

The emotional journey was tough especially because her doctor had told her that she’ll never have children after 30. This weighed on her heart heavily because she was also dealing with the pressure from others to have kids being a married woman.

Eventually, she was blessed with two beautiful children contrary to what the doctors had said. One thing she always emphasizes is the importance of having a support system, including doctors who have a compassionate touch. She also manages the condition by eating a healthy diet and keeping stress factors at bay.

Victoria has been in the limelight for a while now. She’s an all rounded woman who does it all and she’s not afraid to add PCOS survivor to her list of achievements. She’s always had a fun and spontaneous personality but beneath all that is her painful experience with the condition. Although she never struggled with obesity, which is often a symptom of PCOS, she had to tackle other symptoms. Beckham struggled to get pregnant because of irregular period cycles and it broke her heart when the doctor mentioned her fertility had significantly reduced.

She never gave up on herself and eventually managed to beat PCOS. She has four children. Today, she’s pushing through with it and works hard to meet her daily nutritional requirements.

She’s probably the ultimate PCOS ambassador on the scene. She was first noticed because of her conspicuous beard but she admits that it was a challenge for a long time. At the tender age of 12, she was diagnosed and had to deal with a lot of bullying. This made her become suicidal at one point but she decided that she wasn’t going to let others dictate her happiness.

Because of her spiritual background that doesn’t allow shaving, she let her facial hairs thrive and that’s exactly what landed her a modeling career. She’s not the stereotypical model we’re used to seeing but she loves and embraces her own beauty.

The two main breakthroughs for her were learning to love herself and her spiritual journey. That’s how she started blocking out the haters and taking control of her own happiness. She refuses to see herself as a victim and she’s now made her mark as a motivational speaker to encourage those who feel worthless because of how they look.

She loves her pets, her friends and she always has a larger than life personality.

Why the contraceptive failure rate is high