ENTERTAINMENT
By MIRROR | 1 week ago

St Andrews’ university principal was in a teasing mood when he gave his speech at a particularly noteworthy graduation ceremony on a sunny day in 2005.

As well as securing their degrees, he told bright-eyed students, “you may have met your husband or wife.”

At least two shy young faces in the audience, equally known for their modesty, no-doubt blushed fiercely, perhaps slyly locked eyes, and then quickly glanced to the polished floor.

On April 29, the Duke and Duchess of Cambridge will celebrate ten years of marriage as a couple who know each other completely - now careworn parents as well as slick professional partnership, recognised the world over.

But who knows whether back then, a besotted Kate Middleton and William Wales, collecting 2:1s in History of Art and Geography respectively, dreamt they would ever tie the knot?

For middle-class Kate, still with a hint of childish chubby cheeks, her chestnut fringe uncoiffed, her black skirt more than a tad too short by royal standards, a picture of herself walking a Westminster Abbey aisle festooned with maple trees, watched by 2,000 - and two billion around the globe - would have been wild fantasy.

For youthful, blond-haired William, haunted by recollections of his parents’ pernicious break-up, perhaps marriage was an idea nervously shelved for now.

But certainly, the university had proved the safe arena for the blossoming of something special.

For while they have been married ten years, it is almost 20 since the pair – cheekily rumoured to use the pet names Babykins and Big Willie - first met as St Andrews’ freshers.

According to Dr Brian Lang, former vice chancellor of the university, being there gave them a sense of normality instrumental in providing firm foundations.

He said: “We gave them four years in which they could find themselves and find one another.

“Four years in which they could get to know one another, free of intrusion, glare and publicity.”

Although educated at the elite public school, Marlborough College, Catherine Elizabeth Middleton is the descendent of coal miners, not kings.

Her parents Carole and Michael are new money, school fees earned from their own celebration mail order business, Party Pieces, run from their pleasant but regular village home in Bucklebury, Berkshire.

Carole had once been a flight attendant, Michael an airline pilot turned flight dispatcher.

If Kate hoped she might meet Prince William when she went to St Andrew’s – rumour had it she had his picture on her wall as a teen, although she later laughed this off in their engagement interview with: “He wishes” - 19-year-old William certainly wasn’t snobby.

“I just hope I can meet people I get on with. I don’t care about their background,” he said.

Their meeting in 2002, both fresh from gap years, wasn’t love at first sight.

Some reports claim Kate awkwardly curtsied in the first year dormitories when they met.

She later admitted: “I actually think I went bright red when I met you and sort of scuttled off, feeling very shy.”

Both had other partners initially, and were just good friends.

William started studying History of Art with Kate, but had a “wobble” and swapped to Geography. Reportedly, it was trustworthy Kate who helped him through his worries.

William later recalled: “We spent more time with each other, had lots of fun and realised we shared the same interests.

Historian Robert Lacey, in his book Battle of Brothers, has described one humerous encounter.

He writes: “Just a month or so into their first term together, they attended a party at which William was getting seriously hit upon by a pushy female student. The prince was being polite, but he couldn’t shake her off, and the girl didn’t get the hint — until Kate appeared out of nowhere behind him and put her arms around William.

“‘Oh sorry,’ he said, ‘but I’ve got a girlfriend,’ and he and Kate went off giggling together.”

Notoriously, history has it “things happened” precisely after a certain underwear flashing incident in spring 2003, their second year, when they already lived together with pals.

Modelling for a university charity fashion show, Kate, who waitressed in a restaurant in the local town, was handed a slinky, £30, see through number to wear.

His move may or may not have been made shortly afterwards.

In their third and fourth years the pair continued to live together with friends in a cottage just outside town.

The relationship was kept under wraps, helped by agreed rules of privacy for the prince.

But on holiday skiing in Klosters in April 2004 they were snapped kissing, their relationship became public, and frenzied speculation of pending engagement spiralled.

Royal expert Katie Nicholl said William started feeling “claustrophobic” and there are reports of a brief split at this time.

Robert Jobson, in his book ‘William’s Princess’, writes a palace source told him: “Prince William thinks the world of Kate Middleton but he has confided to at least one of his best friends that the relationship has been getting a little stale and he thinks they may be better suited as friends.

“He has been unhappy in the relationship for a while...

“The truth is he thinks that when they graduate in the spring they’ll go their own ways.”

They didn’t, and seemingly reconciled.

But afraid of history repeating itself, knowing full well his father Prince Charles had been pushed into marrying his mother Diana, William snapped at the growing pressure.

However, a wait wasn’t so easy for Kate.

After university, she and William were often apart.

He on his first solo royal tour abroad to New Zealand, and beginning his officers training at Sandhurst, while she returned home to her parents.

The Duchess of Cornwall reportedly advised her working around a prince’s schedule was the best way to keep him.

She took a job as an accessories buyer with fashion company Jigsaw, run by family friends, and was always available for William.

But as the nickname ‘Waity Katie’ was coined, and without the security afforded to a royal fiancée, she couldn’t be free of the limelight.

Reportedly, society gossips were scathing about her background, too, whispering “doors to manual” when she entered a room – a reference to Carole’s flight attendant career.

When sister Pippa joined her to live in a London flat, they were rumoured to be cruelly labelled the “wisteria sisters”, a reference to their desire to ‘climb’.

Meanwhile William, based in barracks near Bournemouth, was snapped on a boozy night out clubbing, captured seemingly holding the breast of another reveller, Brazilian Ana Ferreira.

It was whispered again he felt the fun had gone out of his relationship.

In April 2007, it was reportedly at work Kate received a call from William that would leave her heartbroken.

Royal historian Robert Lacey described: “She shut the door for more than an hour. When she came out, she was single.”

Prince Harry selflessly gave up iconic engagement ring belonging to his mum Princess Diana so his brother could give it to his fiancée, Kate 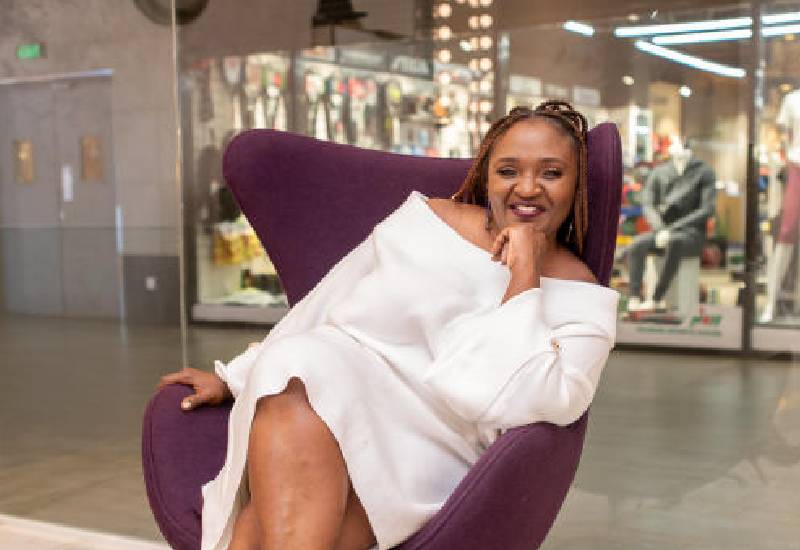