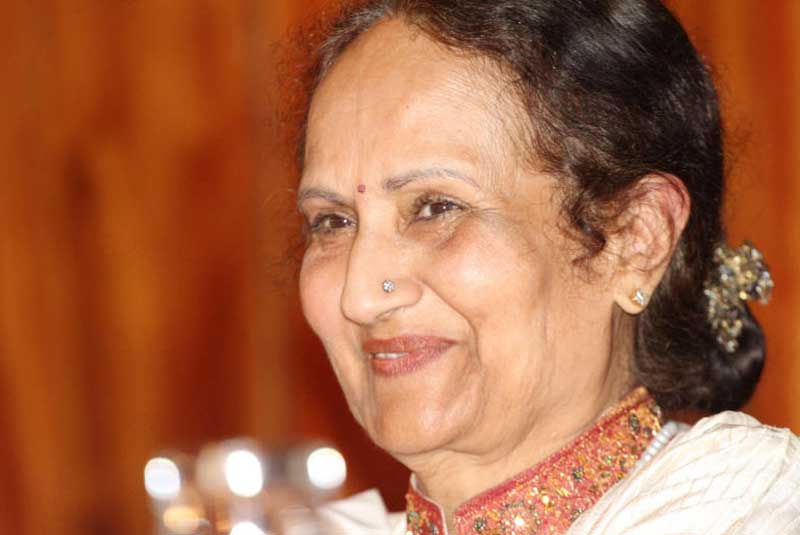 In 1973, at the age of 27, Kalpana Hasmukhrai Rawal moved to Kenya from India to join her husband, businessman Hasmukhrai Karsanji Rawal. Two years later, she set up her own law firm, becoming the first woman to run a law firm in Kenya - a move that put her in the long path to being appointed the first female judge of Asian origin by then President Daniel Moi.

The remarkable woman from India would serve in the highest court in the land as the deputy Chief Justice of the Supreme Court. Her father U.J. Bhatt served as a judge in the Gujarat High Court and her grandfather Jaduram Bhatt who was a law minister.

Kalpana was born in 1946 in Bhuj (Kutch), India to Umangilal (U.J) and Anuben Bhatt of Gujrat. When she was born, India was a conservative society and giving birth to daughters was no cause for celebration. Her parents, however, gave her and her four sisters the best education and she showed her worth by superseding their expectations and becoming the first female lawyer in Kenya.

She was enrolled as an advocate of the High Court of Kenya in July, 1975. She had taught administration and regular police officers at Lower Kabete for a year. When she started her private practice, K H Rawal Advocates, the offices were located at Imenti House and she worked from there until 1999 when she was appointed Commissioner of Assize.

A year later, the mother of two sons was appointed a Judge of the High Court of Kenya, and she consequently stopped working at her law firm which is still operational. During her tenure, she reformed each of the divisions in which she was appointed – Civil, Criminal, Family, Environmental and Land Law – by reducing severe backlog and improving the expeditious disposal of cases.

In April, 2010, Rawal was appointed the Liaison Judge for Kenya making her a member of the International Hague Network of Judges and the Chief Justice also appointed her to assist the International Criminal Court (ICC) to take evidence of security officers in respect of the investigation into 2007/2008 Post Election Violence.

In 2011, while still at the High Court, she delivered a judgment against the Ethics and Anti-Corruption Commission, barring it from confiscating assets of Stanley Amuti, former National Water Conservation and Pipeline Corporation finance boss, to recover Sh140 million.

In the same year, she was among nine applicants interviewed for the position of Chief Justice of Kenya by the Judicial Service Commission but she lost to former Chief Justice Willy Mutunga.

Opportunity came knocking on February 22, 2013 when the Judicial Service Commission nominated her for the position of Deputy Chief Justice.

During her 40 years as a legal professional, Rawal played a big role and paved the way for many women in the justice system. Rawal’s pivotal role has not gone unnoticed and she was awarded the Elder of the Order of Burning Spear (EBS) by President Uhuru Kenyatta.

By JACQUELINE MAHUGU | 12h ago