Lactose Intolerance: A disease of many known by few 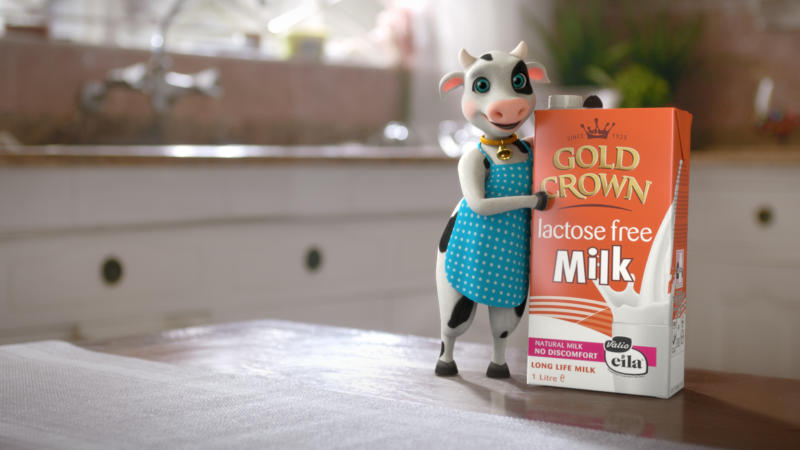 Tea with milk, a common household beverage in Kenya is a nightmare to a section of people who suffer abdominal discomfort within minutes of taking a sip. Sadly, one may not Know that their bodies are unable to process the milk.

Ruth Kamau, a mother and an Accounts Assistant did not realize that she had an issue with milk which she enjoyed very much growing up in the lush greenery that is Limuru in the presence of cows.

At 28 years when pregnant with her first child, she had a craving for milk but every time she took milk, she developed abdominal pains, cramps and bloating but she assumed that all these were pregnancy related. However, this did not stop after delivery, but it instead persisted.

“When I went to the doctor and got examined, the conclusion was that I was lactose intolerant,” she says of a diagnosis she heard of for the first time after which she was to stop taking milk and milk products if she was to not suffer the symptoms anymore.

Without milk she was otherwise doing well but after 30 minutes to 2 hours of taking milk, her symptoms would occur and at worst cause her diarrhea. Luckily she says, her children do not have these symptoms of lactose intolerance so far, though her sister realized that she too could be having a similar problem, though undiagnosed.

What she had thought was an allergy turned out to be a diagnosis not often made in Kenya despite an estimated 70 per cent of the people globally being thought to have lactose intolerance.

Lactose intolerance is the inability of one’s body to break down lactose, the carbohydrate in milk to simple carbohydrates that are easily absorbable. This process requires an enzyme (lactase) to break down this lactose to glucose and galactose which is then absorbed into the blood stream.

Anton Omondi, a game developer and freelance animator had always suspected that he had a challenge with milk, and has for many years kept away from milk and milk products.

“When you have to go to a gathering where there is tea or in December when you visit cucu (grandmother) and she comes with a bucket of milk and you have to drink yet people cannot understand that you can’t take it, it becomes difficult.” He says.

When he used to take milk, he would have abdominal discomforts especially when he was younger in primary school where unprocessed natural cow’s milk was the order of the day.

He says that many around him did not know what was happening, and they thought it was something else that he as a child he had taken and his body was reacting to.

“Initially people thought I was trying to be special by not taking milk but over time I realized that I had to narrow down to find out what the issue was by avoiding milk which seemed to be the root cause of my misery.” Anton says.

It was not until adulthood that he found out that he was lactose intolerant after years of not taking all dairy products. In a gathering he says that he would only take juices, sodas or tea without milk.

“For now, I am just avoiding all dairy products like cheese, yoghurt but apart from the lactose free milk that I found recently, I wouldn’t try any other milk.” He concludes.

Nixon Sigey, the Managing Director of New KCC says that it was after looking at a survey conducted by a panel of nutritionists which indicated that 40 per cent of Kenyans and more than 70 per cent of people globally are lactose intolerant that informed their decision to come up with a lactose free milk to provide a solution to this group of people.

“With Gold Crown Lactose Free milk, we are providing a solution to these 40 per cent of Kenyans who are suffering in silence and do not know what exactly they are going through and giving them the ability to enjoy milk once again.” Sigey says.

Belinda Otieno a consultant nutritionist, indicates that people with lactose intolerance get varying symptoms from as early as within 20 minutes of taking a milk product with lactose.

These symptoms can be bloating, diarrhea, vomiting and abdominal cramps and pain. The severity varies from a discomfort to pain depending on the tolerance levels or the product one has taken.

“We are all born with the lactase enzyme but the intolerance can be of three different types,” Otieno says. “The primary type is associated with aging, such that as a child grows or one ages, the lactase enzyme decreases, and one may not be able to tolerate dairy products like before.”

The other types she says are as a result of certain gastrointestinal diseases that affect the body’s production of the enzyme or due to certain surgeries in the gut but she says that as one overcomes the disease, or if managed well, then the lactose intolerance will only be temporary.

“If you are to introduce even the mother’s milk, the child will react to it and they may get diarrhea and vomiting which is life threatening should the child develop dehydration.” Otieno explains.

In congenital lactose intolerance it can be genetic, inherited due to certain chromosomal abnormalities that are passed down from generation to the next, and will be experienced by family members.

Otieno warns people not to confuse an allergy to proteins in milk and lactose intolerance since there is a thin line between them. Such an allergy she says, is an immediate immune reaction that might cause rashes, body swelling and difficulty in breathing compared to lactose intolerance where one is unable to digest the carbohydrate in milk.

In allergies, one may not have a solution to it, except keeping off the products that trigger the allergic reaction, but in lactose intolerance taking lactose free dairy products is the solution.

New KCC says that the process of providing Kenyans with lactose free milk took them three years of research and partnerships with some of the world’s leading milk producers and packaging companies in addition to heavy investments in the modernization of the production process, to come up with a product that is comfortable for people with lactose intolerance.

The production of lactose free milk involves breaking down the lactose in the milk to simple sugars during processing by use of appropriate technology, a function that is normally done by the lactase enzyme in the stomach during digestion. Because of this, the end product does not cause any discomfort to those who are lactose intolerant.

The product is processed and packed aseptically under a sterile system to give it the long shelf life.

New KCC has benchmarked against the international quality standards and is therefore certified into the ISO 22000:2005 Food Safety Management System and is also Halaal certified. It is against these standards that Quality inspections have been put in place from the point the milk is received from farmers, throughout the processing and packaging to assure quality of the final product.

“Many people are now happy that they can now take their milk again without the discomfort or bloating and other such challenges,” says Mr. Sigey.

Damaris Chirchir, the Chief Manager in charge of Factory Operations in New KCC explains that the quality of the lactose free milk starts from the farm with the kind of feeds that farmers give their cows. Quality inspections, In-process controls and effective aseptic packaging will assure product quality that meets consumer expectations.

“The quality of the final product depends on the quality of the raw milk,” she explains. “We support farmers through training on the type of feeds and feeding program for the cows by extension officers and linking with them with service providers like agrovet suppliers and financial institutions so that they do not feed their cows on substandard feeds for lack of money.”

People who might have lactose intolerance are encouraged to try out milk and milk products in small quantities like a spoonful in order to establish whether they are intolerant or not, and to which specific dairy products, after which they can now get a solution for it.

“We discourage people from self-medication and medicines as a first solution without understanding how the food is affecting them and getting the root cause of the problem which in the case of lactose intolerance can be managed without medicines.” Otieno concludes.

How to Make a Diagnosis

Explainer: What does the second Covid wave mean?