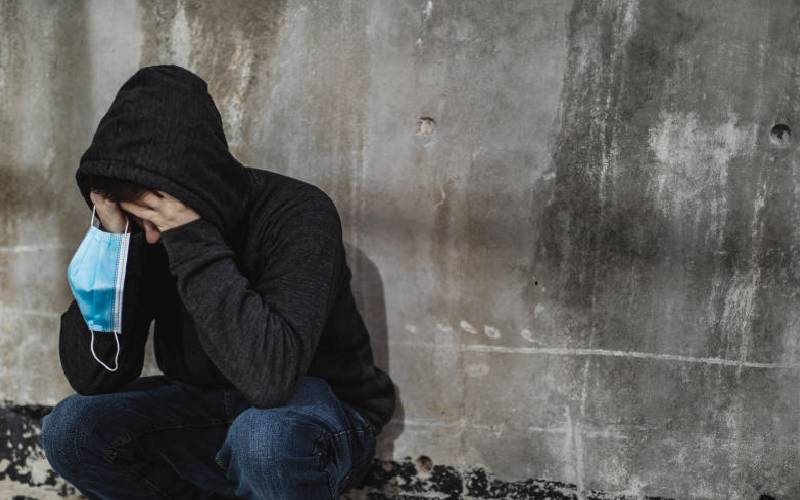 The Covid-19 pandemic has had a major impact on people’s mental health.

As the world marks Mental Health Day, the World Health Organisation said some groups, including health and other frontline workers, students, people living alone, and those with pre-existing mental health conditions, have been particularly affected.

It adds that services for mental, neurological, and substance use disorders have been significantly disrupted by the pandemic.

However, during the World Health Assembly in May 2021, governments from around the world recognised the need to scale up quality mental health services at all levels. Some countries have found new ways of providing mental health care to their populations, WHO added.

During this year’s World Mental Health Day campaign, the global health agency says it will showcase efforts made in some of these countries and encourage people to highlight positive stories.

According to the World Economic Forum, depression is the most prevalent mental illness in the world. Currently, an estimated 100 million people in Africa suffer from clinical depression, including 66 million women.

The World Bank considers it “the greatest thief of productive economic life”, with yearly global costs from mental, neurological, and substance use disorders estimated at between $2.5-8.5 trillion dollars a year.

That figure is projected to nearly double by the year 2030. When research shows that mental-health service provision is being neglected, particularly in developing countries, we must learn how to meet this growing need – particularly for women.

The Covid-19 pandemic has disrupted critical mental health services in 93% of countries at the same time as the demand for mental health programmes is increasing, according to a new WHO survey. 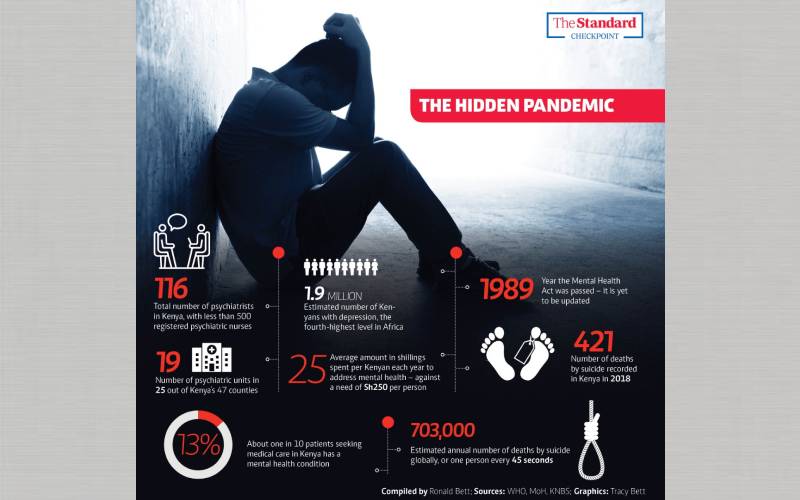 Over 60 per cent of the 130 countries surveyed reported disruptions to mental health services for vulnerable people, including children and adolescents, older adults, and women.

StrongMinds’ Covid-19 and Mental Health in Africa survey results show that previous exposure to mental health services has had a bolstering effect on respondents’ ability to cope with stressors brought on by the pandemic.

The WHO has endorsed group interpersonal psychotherapy as a front-line mental health intervention for vulnerable populations.

According to WEF, ignoring mental illness has wide-reaching impacts beyond the individual experiencing it.

Research shows that children of depressed mothers are more likely to have poor health, struggle in or miss school, and suffer from depression themselves.

Most African governments devote less than 1 per cent of their budgets to mental health services.

Evidence-based intervention is a front-line method of treating mental illness in low-income countries.

Meanwhile, the Taita Taveta County Assembly passed a motion for the creation of a policy to address mental health challenges.

Noting that the productive age group of between 20 and 40 years is the worst hit by mental health issues, the MCAs said the county administration needed to provide psychosocial support to fix the challenges.

Following the adoption of the motion, the executive is now required to establish a rehabilitation centre at Wesu Sub-county Hospital to address serious mental and emotional distress.

Health Committee Chairman Omar Ahmed, who sponsored the motion, said mental health is important at every stage of life.