By YVONNE KAWIRA | 1 month ago 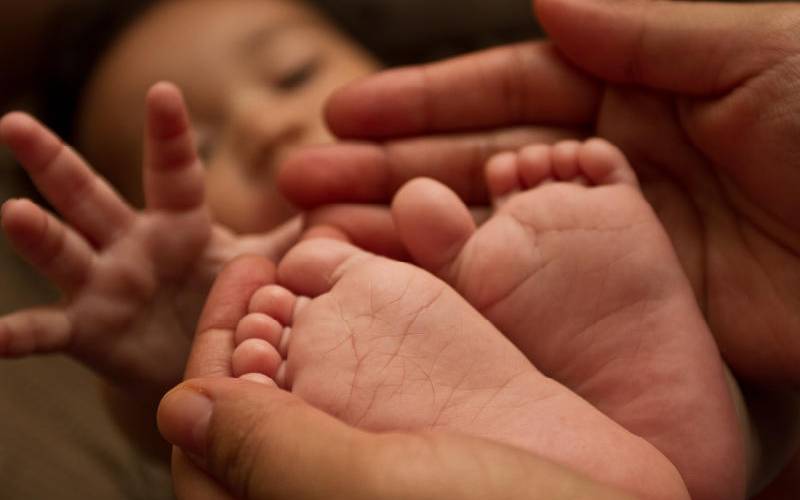 Ruth Njuguna was excited when she learnt she was pregnant. She had just gotten married and couldn’t wait to start a family. But the pregnancy wasn’t easy. Delivery and labour would also turn into a nightmare.

“My baby boy, the doctor said, was born under so much distress. He died at four-days-old,” she says.

Heartbroken, Ruth and her husband would go home and hope that they would get another chance to be pregnant again. The experience would however drive her into alcoholism; but in lucid moments, she was keenly aware that she wanted a baby. Two years later, she conceived again and with bated breath, she waited for her baby’s delivery.  Afraid of a difficult time like the previous delivery, they opted for an elective C-section. The couple heaved a sigh of relief when the strapping baby boy Samuel was placed in his mother’s arms and a health check confirmed that he was a perfectly healthy baby.

When Samuel turned three, the couple decided it was time to further grow their family. She successfully conceived, but this time it ended in a miscarriage. Frustrated, they decided to wait a while before giving it another go.

“We tried again when Samuel was five and we lost that baby too. A scan showed that there was no discernible heartbeat. We were not told what caused it,” she says, teary-eyed. The couple wouldn’t give up. But subsequent pregnancies would end in tears; either from a miscarriage or a stillbirth.

“I have lost eight babies out of the nine pregnancies I have carried. But there is one particular one in 2019 that still gives me the shivers,”

Kenya to get 4 million doses of covid vaccine

They were expecting twins.

“They were both boys. At around 19 weeks, one baby died in my womb but the doctor recommended that I keep him there in order for the other baby to grow. They said that the dead foetus would shrink as the other one grew because they were in different sacs,” she recalls. Despite the loss, she held onto hope that the other baby would survive. But for the following three months, she was acutely aware that within her womb was a dead child.

"It was not easy, but it is what gave the surviving baby the highest fighting chance and I had to try it," she says.

On the seventh month of pregnancy, during a routine checkup after experiencing general body weakness, the doctor decided to deliver the babies.

"They noticed something and said that the pregnancy was now posing a risk to me and my other baby. My other son was born weighing half a kilo. Sadly, he too died six hours later. So I once again left the hospital without a baby,” she says.

Ruth sunk into depression immediately after this experience, and at one point was suicidal. Luckily, her friends and family rallied around her and she was able to get the help she needed.  The doctors have found no underlying medical condition that causes the events, and that gives her hope.

“I have not yet given up. I know the same God who gave me Samuel will remember me. I still have faith that I will have more children,” she says.

The difference between a miscarriage and a stillbirth is in the timing. A miscarriage, also known as a spontaneous abortion, is the loss of a foetus anywhere before the 20th week of pregnancy while stillbirth is a later loss.  80 per cent of these happen within the first 12 weeks after which, there is a lower risk of miscarriage although it can still occur.

·         There could be chromosomal genetic issues in the foetus where chromosomes are not in their normal form. Also, a patient may have hormonal imbalance for instance they may not be producing enough progesterone because placenta is not fully developed.

·         Other causes of early miscarriage may include autoimmune disorders whereby the body develops antibodies against the pregnancy. We have something called antiphospholipid syndrome- a disorder in which the immune system mistakenly attacks normal proteins in the blood. We are seeing a lot of those cases these days.

·         In the second trimester, miscarriages can be caused by cervical incompetence which is also known as weak cervix, whereby cervix is not competent to hold the baby.

·         Growths like fibroids in the uterus may cause miscarriages too.

Can you reduce your risk of miscarriages?

Miscarriages are becoming increasingly common these days. I would put it at one in three or four pregnancies. Also, being an older mother increases the risk of miscarriages.

·         Go for your recommended checks and have doctors screen you for any anomalies. A recommended check-up should be at around 7-8 weeks to confirm the foetal heartbeat. Then there is the second trimester check up to confirm that the placenta has developed. Then we have an anomaly scan visit at 20 weeks.

·         Visit a doctor to rule out an ectopic pregnancy if this is your first pregnancy.

If you have had a miscarriage before…

·         Your risk of another are higher than if you hadn’t suffered one. You need to be extra careful and visit the gynaecologist as soon as you discover that they are pregnant again. This enables the doctor to establish what caused the previous miscarriage and handle it early enough.

·         Depending on what the problem is, the specialist may suggest treatments options including;

1.    Surgery to fix uterine problems like scar tissue or fibroids. The doctor could evaluate you for a cervical stitch in the case of an incompetent cervix.

2.    Medication; to treat medical conditions such as autoimmune disorders and drugs to control blood sugar levels

·         Everyone heals differently and based on this, if one wants to try after a loss, they need an assessment by a gynaecologist to determine if the body is ready to handle another pregnancy. There are really no timelines for this as each case is unique to the patient.

Half of the stillbirths happen when the woman is in labour.

World Health Organisation (WHO) reports that some of the major causes of stillbirths include:

·         Maternal infections in pregnancy such as malaria, syphilis and HIV can cause stillbirth.

The majority of stillbirths are preventable

“I think every woman intending to get pregnant should seek a medical review by a gynecologist who can then advise on what medications to take such as folic acid, in preparation for the pregnancy,” says Dr Ong'ech.

"Depending on the history of the patient, doctors then will predict how frequently she needs to see the doctor for monitoring when pregnant.

Water is big business in Embakasi, and it is peddled from hand carts, motorbikes, private bowsers

By MOSES NYAMORI AND BRIAN OTIENO | 16h ago