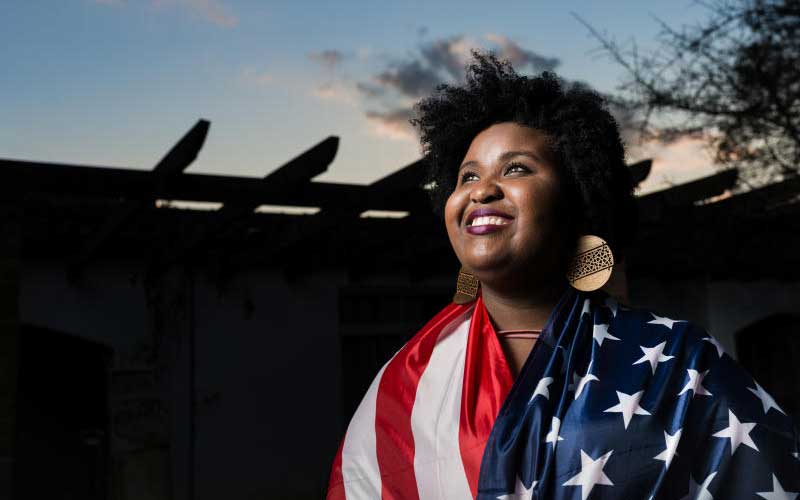 Kenyans in the US have been listed among immigrants from five countries at highest risk of developing and spreading tuberculosis.

This means those already in the US or planning to move there from Somalia, Ethiopia, Myanmar, Liberia and Kenya, in that order, will face more scrutiny and surveillance.

A report published last week by the US Centres for Disease Control and Prevention (CDC) suggests more surveillance on these groups.

“The study was carried out to identify high-risk tuberculosis groups that might benefit most from prevention and enhanced surveillance,” says the report appearing early this month (November 6, 2020) in the journal Epidemics.

The team from the CDC, Yale University, Stanford University and Harvard University, had investigated 122,118 TB cases recorded from immigrants from about 100 countries in 16 years.

While Mexico, Philippines, India, Vietnam and China immigrants to the US had the highest TB cases, the biggest risk of infection and spread was in the Kenya, Somalia, Ethiopia, Myanmar, and Liberia group.

Most of the TB was found to happen in older immigrants, mainly due to the reactivation of dormant or what is called latent TB. This is where the TB bacteria may lay dormant in the body for a long time but only to progress to active disease many years later.

This delayed TB progression in immigrants; the report says is what is driving the spike in the disease not only in the US but also in other Western countries.

They found most of the TB reactivation cases to happen among older immigrants and those who have been in the US for 10 years or more – but with a notable exception.

“In particular, more recent entrants from Kenya, Myanmar and Liberia are predicted to face greater TB risks than earlier entrants from these countries,” says the report.

The team suggests its findings are applicable in other Western countries such as Ireland, Sweden, New Zealand, Canada and Australia that are facing immigrants driven TB spikes.

An earlier similar study in the UK found Somalia, Nigeria, Zimbabwe and Kenya, in that order with highest rates of TB among Africa-born immigrants to the UK.

The new report, however, suggests that since the number of immigrants in the US is so huge, about 44.5 million individuals, to be effective, prevention and surveillance should zero in on the high-risk groups such as the Kenyans and the group of five.

The report says, immigrants presenting the highest TB risk in the US are also likely to have high poverty and tuberculosis rates back home.

Kenya, for example, is ranked among the top 30 countries with the highest TB burden in the world. This is despite the US CDC putting significant resources in control measures locally.

It is estimated Kenya experiences about 160,000 TB cases annually but only about half of them are identified and treated.

In 2018, the Ministry of Health says about half of all estimated TB cases were missed. Among them, two-thirds of the children with TB were not diagnosed; and 80 per cent of people with drug-resistant TB were missed.

The current national TB strategic plan estimates the disease causes about 43, 00 deaths annually the majority of them males.

In response, the Ministry of Health in its current five-year TB plan targets to reduce infections by 80 per cent and deaths by 90 per cent by 2030.  President Uhuru Kenyatta has also committed to the United Nations that Kenya will end TB by 2030.

But there is a catch; the ministry says there are no funds to meet these ambitious goals hence Kenya is likely to remain among TB pariah nations for a long time to come.

The current TB strategic plan ending in 2023 has a Sh30 billion budget. However, only half of the money, about Sh14 billion, is available with about Sh9 billion coming from USAid, and the CDC and about Sh5 billion from the Kenyan government.

“Without sufficient funding to enable implementation of all identified activities it is unlikely that target numbers of people will be screened, tested or treated,” says the strategy document.

“I am no longer able to pay for care or buy the prescribed special meals,” says Joseph Makumi a bus driver, being treated for TB at a private clinic in Umoja, Nairobi.

Makumi has since stopped going to the hospital since he lost his job in July due to Covid-19 related restrictions.

Makumi is not the only TB patient facing financial ruin due to the cost of treatment. A recent Kenya TB Patient Costs Survey shows a third of patients took out loans for treatment, 63 per cent lost jobs, nine per cent of the household’s children disrupted school and 36 per cent faced social exclusion.

These negative consequences, the survey said, make TB patients less likely to present for care, complete testing, initiate and adhere to treatment, leading to increased transmission of the disease, deaths, and illnesses.

The ministry’s data shows treatable TB is costing patients Sh26,000 while drug resistant tuberculosis costs up to Sh 145,109 where there is no recurrence.

Much of these go to direct non-medical costs such as nutrition and food supplements; accounting for 69 per cent of the expenses.

But even as Kenya pursues active TB cases, a recent study at Mbagathi Hospital found high rates of latent tuberculosis among persons living with patients in Nairobi.

The study by the University of Nairobi and Kavi- Institute of Clinical Research found more than a half, 57 per cent, of persons living with a TB patient in Nairobi had latent TB.

The study involved 166 TB patients at the hospital and 175 household members who cared for or lived with the sick. These were adults who lived and shared a room and meals with the patient with more than a half, 57 per cent confirmed with latent TB.

The rates of latent TB were highest among spouses than other contacts and slightly higher in males than in females.

By DOMINIC OMONDI | 10h ago

By FRANKLINE SUNDAY | 10h ago