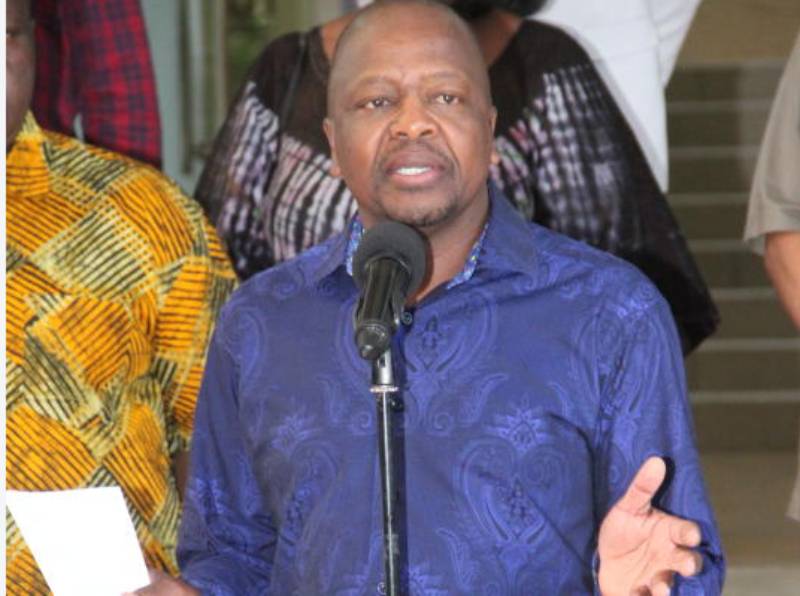 Three more cases of coronavirus have been confirmed in Kenya bringing the total number of confirmed infections in the country to seven.

Speaking to journalists on Wednesday, Health CS Mutahi Kagwe (pictured) said all the cases are from people who had flown into the country from abroad.

Two of the new cases are a couple that had travelled from Madrid, Spain, on March 4 through Dubai and arrived in the country on March 5.

The third case was a Burundian national who travelled from Dubai to Kenya arriving on March 17. The patient recorded high temperatures during the routine screening at the Jomo Kenyatta International Airport in Nairobi.

“That establishes what we have been saying all along, we are able to screen and we are able to pick and we able to determine. So this one was a case in point, an establishment of that fact,” he noted.

Tracing of the individuals who were in contact with the patients is ongoing.

The seven who tested negative will be discharged to continue self-quarantine at home and close supervision of the Ministry of Health staff collaborating with the country’s surveillance teams.

Kagwe stressed the importance of strict hygiene in curbing the spread of the pandemic that has killed at least 7,989 worldwide.

The first case of coronavirus in the country was reported on March 12. Two more cases were confirmed on March 15.

And yesterday, the Government confirmed the fourth case of coronavirus. Health CS Mutahi Kagwe said the patient in question had travelled from London, United Kingdom, on March 8 arriving in Kenya on March 9.

On Sunday, Kenya unveiled a series of strict measures to curb coronavirus, banning large gatherings, blocking entry to the country by people from infected countries except for her citizens and residents and shutting schools.

President Uhuru Kenyatta ordered all primary and secondary schools to close, with boarding schools and universities to shut by the end of the week. All companies were urged to allow employees to work from home.