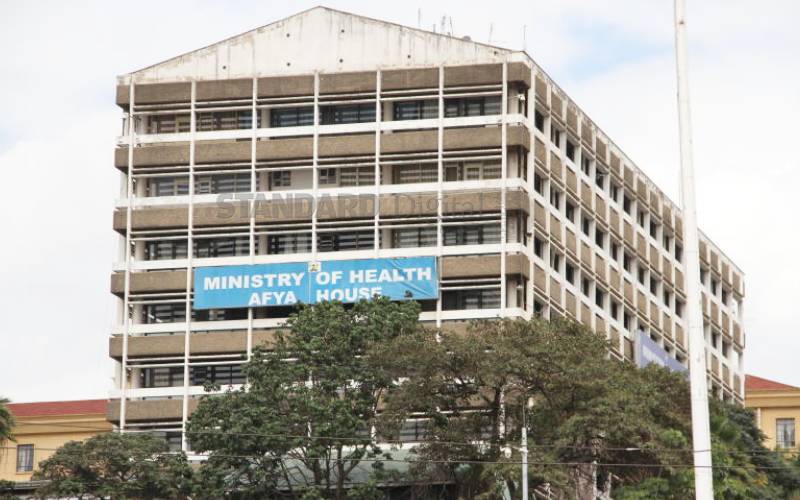 A new audit has exposed how officials in the Ministry of Health tried to steal Sh63 billion through the Managed Equipment Services (MES) programme.

Appearing yesterday in the Senate, auditors from the office of the Auditor General revealed that the officials manipulated procurement laws, varied contracts and bulldozed county governments into accepting the equipment without proper consultation between the two levels of governments.

The auditors told the Senate ad-hoc committee investigating the contentious programme that the officers violated the Public Procurement and Asset Disposal Act.

The committee is chaired by Bungoma Senator Moses Wetang'ula.

Deputy Director of audit Sammy Kimunguri who led the audit told the committee that the Ministry of Health adopted the MES model which required all medical equipment to be outsourced from third party companies.

Mr Kimunguri explained that in a deal signed under MES at State House in 2015, six International equipment manufacturers were supposed to be paid Sh95.7 million annually for a fixed term of seven years to provide medical equipment.

The deal that was brokered by the Ministry of Health was to be financed by all the 47 counties.

However, the payments became varied along the way and the payments increased to over Sh200 million under unclear circumstances.

The contract entailed leasing of assorted medical equipment – renal, laboratory, ICU, radiology and theatre equipment – to at least two hospitals in each of the 47 counties for a seven-year period.

It also included installation of the equipment and training of technical staff.

The auditors also indicted the ministry officials of abandoning the initial Public Private Partnership (PPP), which was the established form of financing medical projects.

According to the report, counties paid collectively Sh4.5 billion every year from the 2015-16 financial year to the 2017-18.

Counties will be required to cough Sh6.2 billion in the current financial year.

In total, devolved units have already paid a whooping Sh29.1 billion despite the equipment lying idle in county hospitals, in part because of lack of capacity to operate it.

“The MES concept paper indicated that MES was supposed to be implemented through long-term lease assessment for medical equipment in accordance with the PPP Act 2013 on the Build-Lease and Transfer model,” reads the report.

Kimunguri said that the Ministry abandoned the Public-Private-Partnership arrangement and adopted a public procurement arrangement contrary to the Health Sector Policy of 2014, that only provides for the PPP model as the only acceptable form of financing health projects.

The report further casts doubt on why the ministry used a restricted tender for financial and legal consultancy services.

An audit firm named PKF, is paid to have been paid Sh9.6 million to conduct a financial analysis to justify transactions made under MES.