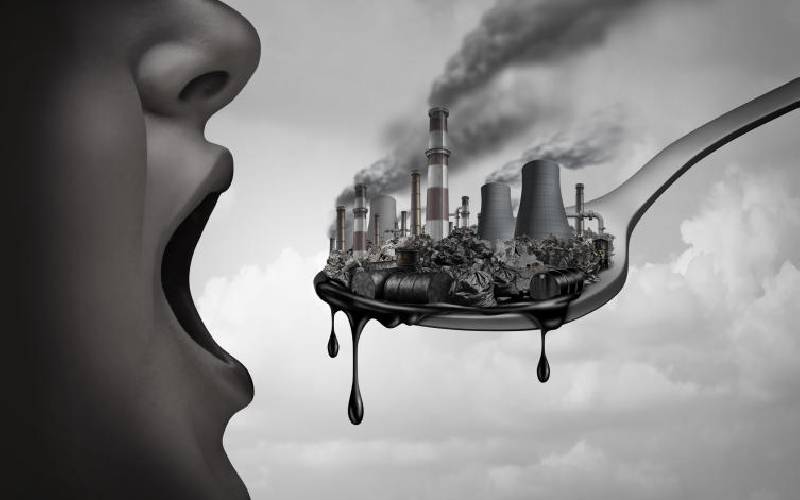 Climate change sounds boring and a topic only scientists and technoctrats would be interested in until you consider its effect on your health and nutrition.

For starters, about 13 million people die around the world each year due to avoidable environmental causes, according to the World Health Organisation (WHO).

Dr Bernard Onyango, a Senior Research Analyst at  African Institute for Development Policy (AFIDEP), reckons that there are direct and indirect linkages between climate change, environmental pollution and health.

Additionally, flooding brings about other heath related issues such as outbreaks of infectious disease such as cholera, poisoning, and disruption to health services.

Other impacts of climate change include effect on nutrition in that it affects nutrients in the soil and in the environment available for plants and by extension consumers don’t get the right nutrition.

These environmental toxins affect the health of people who live in areas prone to aflatoxin and can cause health problems like liver damage, liver cancers including hepatocellular carcinoma.

WHO states that breaking these cycles of destruction for the planet and human health requires legislative action, corporate reform and individuals to be supported and incentivised to make healthy choices. Dr Onyango says policy making should be based on evidence, but “you will find either the evidence is inadequate to take action or there is evidence that has been generated by researchers but it is not easily accessible to decision makers.”

Additionally, he says, it is important for people to understand the implications of not taking action since that may be costly in the long run.

He suggests that the government needs to generate research that will inform mitigation and adaptation actions in different sectors including health, agriculture, transport and urbanisation.

Dr Onyango says people can feel the effects of climate change from the erratic weather patterns and this calls for need to understand its impacts and solutions.

“Climate change issues and health needs to be higher on policy agenda because it’s important to our daily lives and our economy,” he says.

Sara Signorelli and other researchers at the International Food Policy Research Institute (IFPRI) mapped out prevalence of malnutrition and climate patterns in the Arid and Semi Arid Lands (ASALs) in Kenya.

The highest underweight rate in 2008, according the report, was North Eastern at 25.4 per cent followed by the Coast region at 24.1 per cent.

The highest child wasting was in North Eastern at 20.4 per cent as well as highest rate of women who are underweight at 27.5 as compared to other areas.

This is in comparison to the levels of rainfall received in the areas with North Eastern receiving 464 mm of rainfall with highs of 27.6 degrees Celsius of temperature as compared to other areas like the Western region which received 1746 mm, Nyanza 1565mm and Central at 1268mm of rainfall.

The report also states that child undernourishment in 2008 appears to be correlated with climatic variables across regions.