By YVONNE KAWIRA | 2 months ago

February is the National Cancer Prevention Awareness month. Four people share their stories of triumph against the scourge and share why they think you should get a health check today.

51% of those diagnosed with cervical cancer die 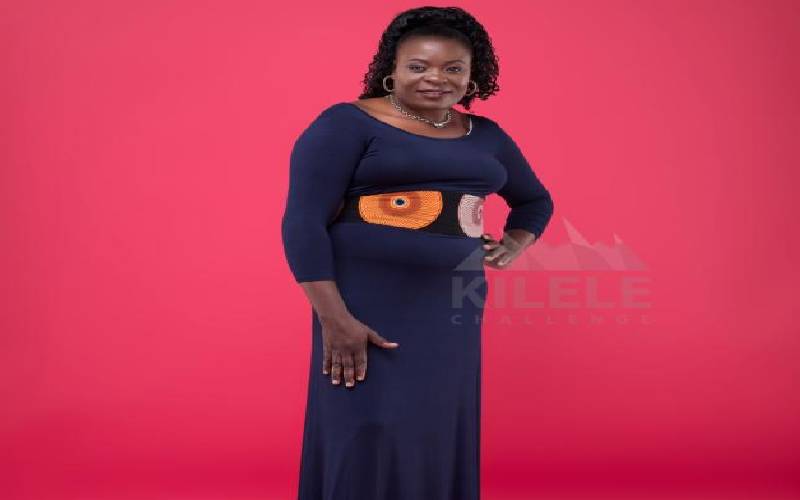 One day in 2019, I came across an advertisement asking women to go in for free cervical cancer checks. Why not, I thought to myself. After all, I had never had one before.  I did not expect anything to come out of it. I had never had any symptoms associated with cancer. I was confident.  However, after the pap smear results, they asked me to undergo colposcopy and biopsy to ascertain the results. That got me a little concerned but went ahead and did it. They would then hand me a slip that would show that I had cervical cancer stage 1A. Listening to them, I had no doubt that I wouldn’t survive the next two years. It felt like a death sentence. I was scared and worried. We had just buried my mum's brother who had battled colon cancer. And seeing what it had taken my family through, I couldn’t face them with this news. The doctors reassured me that I would be just fine. That since it was early stage, my chances were good. I just had to undergo surgery to remove the cancerous cells along with the parts affected by cancer. A procedure called hysterectomy was done to remove the uterus which was affected. It was a major operation and hence expensive. I remember my National Health Insurance Fund (NHIF) was not working by then so I had to pay in cash. This prompted a fundraiser.  Since my cancer was diagnosed at a very early stage, I didn't have to go through any further medication. I was done after the surgery. I only went for routine check-ups and now I go every six months. I thank God I never developed any side effects from the treatment and I was back to work after two months. Currently, I am cancer-free. And I spend most of my days advocating for screening. I shudder to think of my fate had I not walked in for that random test. Take your daughters for the HPV vaccine. And encourage all the women in your lives to get a screening for cervical cancer.

Paid via: Fundraised from friends and family

Prostate cancer accounts for 6.2% of new cancer cases in Kenya

The first day it happened, I was a bundle of nerves. It was at 10 o’clock in the night and I was having a hard time passing urine. I had never had any health problems. This worried me and the next day, I made my way to the local dispensary. But they could not attend to me so they referred me to Lucy Kibaki Hospital where a catheter was installed to help drain the urine. While here, they also did an MRI to get a detailed picture of what was going on. So they got the images of the prostate and another procedure to get some samples (biopsy)was done. Two weeks later, tests revealed that I had prostate cancer. I was very worried because I did not expect it would be that serious. They said that it was prostate cancer stage 1. I was worried that this would mean that my healthy days were over and now I would be in and out of the hospital. I was booked for surgery at the Kenyatta National Hospital.

Today, I can pass urine well and suffered no major side effects from the surgery. I was supposed to go back for a review in 2020 but the pandemic halted the plan. I want to go back this year for another test that will check if I am cancer free or not. I now know how fast things can change even when one is healthy. A simple discomfort could mean a major underlying issue that could change your life. I would like to urge men out there to go for these screening tests often to just get assurance that all is well. I have changed my diet to include more fruits, especially avocados and lots of water. Sometimes I get pains and when that happens I go to the hospital and they prescribe pain killers and all goes back to normal.

92% of women who get oesophageal cancer die

Oesophagal cancer accounts for 8.4 % of new cancer cases in the country. 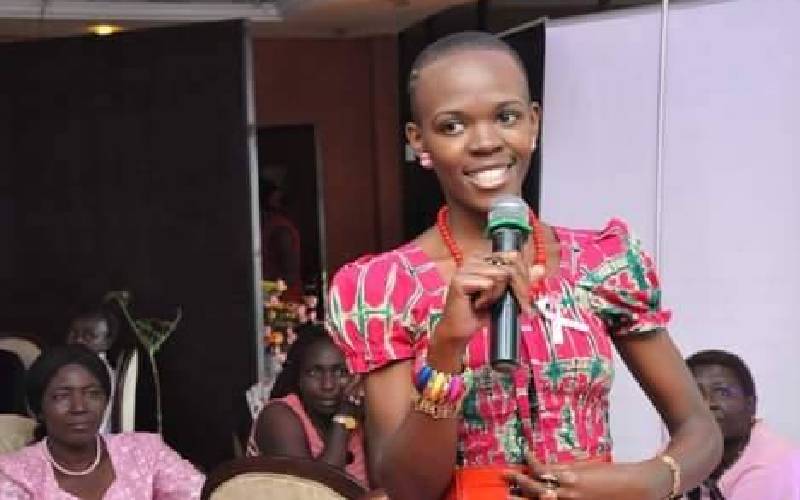 It all started with mild chest and back pains back in the year 2008, but then, I assumed it would go away after some time. But in 2011 when I was expecting my first child, the problem escalated I was now having difficulties swallowing hard foods. I used to think it was tonsillitis and would often get over the counter medicine to treat it but it wasn’t abating.  The problem worsened soon after I delivered and further tests then indicated that my blood count was low. “Upon further tests, it was confirmed that I had oesophageal cancer stage 2 B. This was still in its early stages and therefore there was hope. But that did not stop me from getting worried. What if it reoccurred? At this point I had lost so much weight and doctors did not want to operate on me in that state. I was asked to use feeding tubes for three months in order to gain weight.

After the three months, the blood count also went up and I was ready for surgery. They removed three quarters of the oesophagus and a part of the upper part of the stomach after which I stayed in the intensive care unit for a month before moving to the high dependency unit for two weeks.

To pay for my treatment, Faraja, an organisation that helps cancer patients catered for my bill. The treatment also included six sessions of chemotherapy. I was very grateful for the help as the total bill I would have paid was half a million.

In November 2012, I completed chemotherapy and for the next five years, I faithfully visited the hospital for checkups and tests. In 2017 I was finally declared cancer-free.

During treatment, I was told that if I conceived at that point, it would be terminated because the baby could not withstand the harsh treatment methods I was undergoing.  So when my treatment was complete, I conceived my second born child who was born in 2019.

Before the diagnosis, I had plans of going back to school to further my studies but had to defer in order to get the cancer issue handled. But after I was declared cancer-free I no longer felt the need to go back to school. Instead, I started a support group called Lifeline Cancer Trust which also helps spread the word about the importance of cancer screening. The organisation has so far had 2,100 people tested and more than 100 confirmed cases from the exercise.

I have also changed my lifestyle and eat a balanced diet. I also eat fruits and drink lots of water. Due to my surgery procedure that had part of the stomach removed, I have to make sure I have a snack with me everywhere I go because I often feel dizzy and my energy levels decline. During chemo, I lost my hair and my chest area and nails turned intensely darker. I also lost some of my taste buds altering my sense of taste. But thanks to a gel I was prescribed, my chest area and nails are lightening and my taste buds are back to form. My hair is getting there too.

Despite being cancer-free, I still go back to the hospital for a general check-up every two years to confirm that everything is still okay.

44% of women with breast cancer die

Breast cancer accounts for 10.9 % of new cancer cases in the country 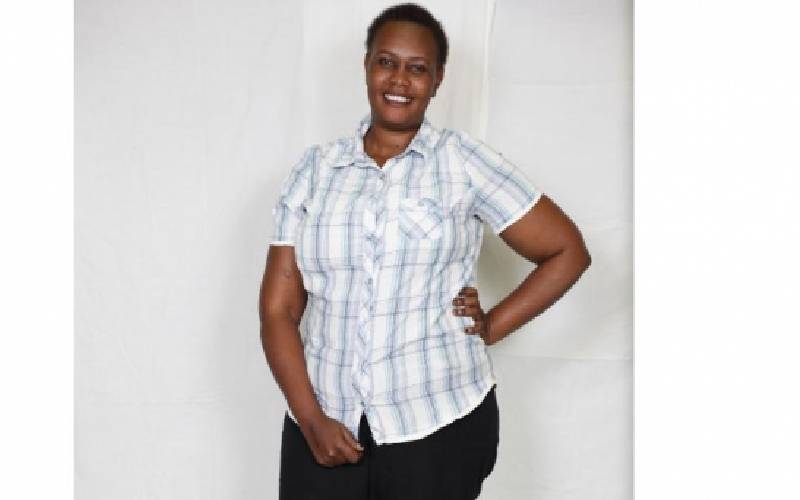 In 2016, I noticed that my left breast was swollen and did not think much of it hoping it would go away. However instead of getting better, the breast then became firmer by the day, and this got me worried. I went to the hospital to get checked. They extracted a sample of tissue (biopsy) and examined it. That is when I was informed that I had breast cancer stage 3B. I was so scared. Scared because I did not have anyone to encourage me. I was also stressed about raising the money for the treatment.

Thankfully, I got help from well-wishers, friends and relatives and raised enough money to cover the hospital bills which now amounted to about Sh300,000. I was taken in for surgery where they removed the breast. After two weeks I was discharged and had to follow up with chemotherapy. I was given the first line of chemo but cancer recurred. They had to do another surgery to remove it and then I was put on a second line which came with some side effects.

I lost so much weight, was vomiting and experienced diarrhoea too. Another side effect after the harsh chemo sessions was a condition called lymphedema. This condition refers to swelling that generally occurs in one of your arms or legs. In my case, my hand was affected. The condition, my doctor explained, was most commonly caused by the removal of or damage to the lymph nodes during cancer treatment. This prevents lymph fluid from draining well, and the fluid buildup leads to swelling. I went back to the hospital and had this treated. I am now out of danger but I still have to keep going back for checkups to ensure that it has not recurred.

My life has completely changed. I do not eat sugary stuff or consume alcohol. I eat a balanced diet and I exercise a lot. I would like to encourage anyone out there who is scared that cancer will kill them. Cancer is not a death sentence. And if you are diagnosed early, you get to fight it early and beat it.

Paid via: NHIF, fundraised from friends and family

HOW MUCH WILL NHIF CHIP IN FOR CANCER CARE?

In Kenya, the National Health Insurance Fund (NHIF) covers 25,000/= per chemotherapy for up to 6 sessions per year and 18,000 per week for radiotherapy up to 20 sessions, and up to 500,000 for surgery. This does not include palliative care, psychosocial counselling and other new cancer therapies like monoclonal antibodies, biologics and personalised medicines.

Cancer treatment in the country is generally expensive and unaffordable forcing people to dig into their pockets.

A new study lists Kenya among countries with the highest number of plant species used in the treatment of cancer.

By PATRICK VIDIJA | 20h ago