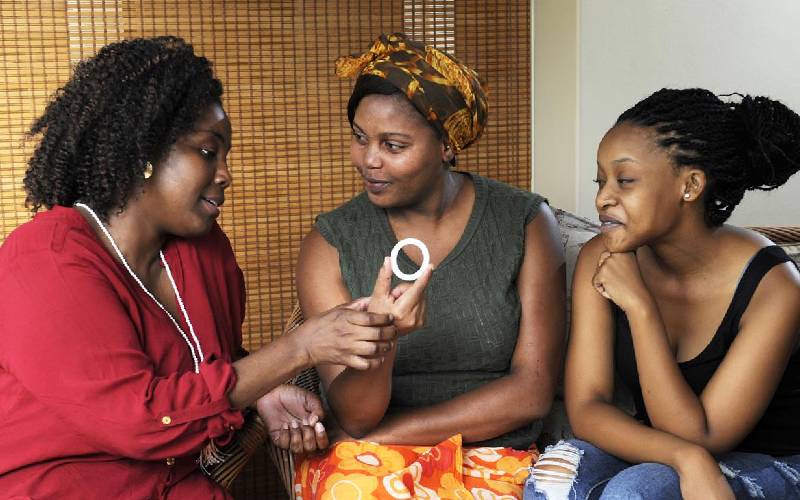 Ever since the first case of Covid-19 was reported in Wuhan, China, researchers across the globe have been working to find an elixir that will bring an end to the global pandemic. While much attention seems to have been turned to the novel coronavirus, scientists have made major breakthroughs in fighting yet another gigantic disease: HIV and Aids.

Over the past few months, the world has marked three major milestones in the prevention and treatment of a disease that has infected approximately 38 million people in the world.

Use of oral pre-exposure prophylaxis (PrEp) tablets, the female condom and safe sex practices have for decades been the only options for protecting women and girls from the risk of HIV infection.

Women and girls of reproductive age are generally at more risk of infection, with this population accounting for 60 per cent of total infections in sub-Saharan countries.

Enter the Dapivirine Vaginal Ring (DPV-VR), a first of its kind HIV prevention option tailored for women since the female condom was approved nearly 30 years ago. The self-administered flexible ring is made of silicone and is easy to bend and insert in the vagina. Once inside, it releases an antiretroviral (ARV) drug called dapivirine into the vagina slowly over the duration it is worn.

“The DPV-VR is intended to be used to reduce the risk of acquiring HIV during vaginal sex for women aged 18 and above who are at higher HIV risk, in combination with safer sex practices when oral pre-exposure prophylaxis (PrEP) is not used, cannot be used or is not available,” the World Health Organisation says.

A landmark study conducted in seven African countries, including Kenya, found that women taking injections of a drug called Cabotegravir had 89 per cent fewer HIV infections than those taking daily PrEP pills. While numerous studies have demonstrated the effectiveness of oral PrEP when it is taken as prescribed, the major challenge has been adherence to the daily pills.

PrEP allows people to reduce their risk of becoming infected with HIV, particularly during periods of increased risk in their lives. The new drug that will be injected once a month allows discreetness and helps discordant couples, sex workers and other at-risk populations overcome social barriers that come with HIV.

Kenyans will, however, have to wait to receive the injectable.

“It certainly will take time before it becomes available in sub-Saharan Africa, but the anticipation is it’s going to be free just like oral PrEP,” says Dr Peter Cherutich, a public health expert.

The US Food and Drug Administration has approved a monthly injectable medication. The new drug – Cabenuva – consists of Cabotegravir and Rilpivirine, which will only be administered to adults with suppressed viral loads and who have no history of treatment failure.

Two studies involving about 1,100 patients from 16 countries found the jab was as effective as daily pills in suppressing HIV during a 48-week study period.  The injectable consists of two injections in the buttocks.

The monthly jab will remove the burden associated with taking daily pills, along with the discomfort of carrying medicines everywhere. It will also come as a relief for patients who hide when taking drugs due to the stigma associated with HIV.

Meanwhile, a phase one clinical trial testing a novel vaccine approach to prevent HIV has produced promising results, showing success in stimulating the production of rare immune cells needed to start the process of generating antibodies against the fast-mutating virus.

The study done by IAVI and Scripps Research sets the stage for additional clinical trials with the goal of creating a safe and effective HIV vaccine.

What you should know before choosing hormonal implant
To personalise content, tailor ads and provide best user experience, we use cookies. By using our site, you agree to use our cookies.