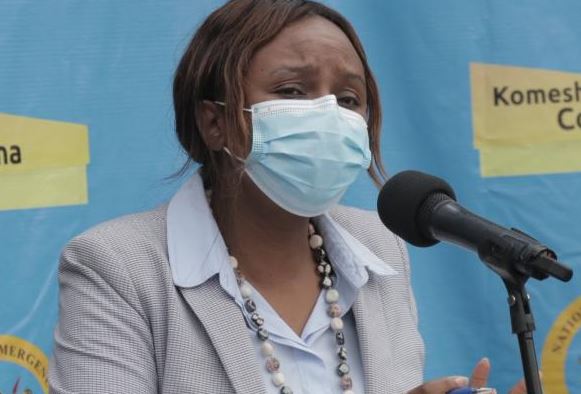 Kenya has recorded 796 new cases of the coronavirus, the highest reported in a day.

Currently, the country has 15,601 confirmed cases of the coronavirus.

Despite the high numbers, another 378 patients have recovered from the disease, bringing to 7,135 total recoveries.

Briefing on the status of Covid-19 in the country on Thursday, Health CAS Mercy Mwangangi said that 199 of those were on home-based care and 179 were discharged from various facilities across the country.

Sadly, another three people have succumbed to the disease, raising the death toll to 263. These account for 1.7 per cent of case fatality in the country.

The CAS has noted with concern that sick persons are only seeking treatment when it’s too late. “When you feel unwell, visit a healthcare facility immediately. We have witnessed late reports of patients rushing to hospitals at the last minute and succumbing to the disease,” Dr Mercy said.

Of the new cases, three are foreigners and the rest Kenyans. 503 are male, while 293 are female.

Dr Mercy also noted that 89 per cent of the new cases are asymptomatic, re-emphasising that the “disease is well within our communities”.

Owing to the spike in infections and continued worry, the Health CAS assured that they are in control of the situation saying, “It takes a lot to be able to say we’ve reached the point of being overwhelmed and I do not envision a point at which we would ever be overwhelmed.”

The Government has also expressed worry over the rise in violent incidences of all forms.

Dr Mercy: “We have noted a 7 per cent increase in the number of all forms of violent cases compared to last year,” she said.

The CAS said that the Covid-19 measures in place do not justify any violence being meted out especially on women and children, noting that the two groups are the worst affected in this period.

Further, the Health Ministry says that victims of such cases can suffer mental, physical and psychological effects. The affected have been urged to use the State-provided toll lines to seek help and treatment.

You can call toll free line 1190 to report cases of violence or abuse.