Pangolins, not snakes, may have passed virus on from bats to humans

Health & Science
By The Conversation
| 2yrs ago | 4 min read 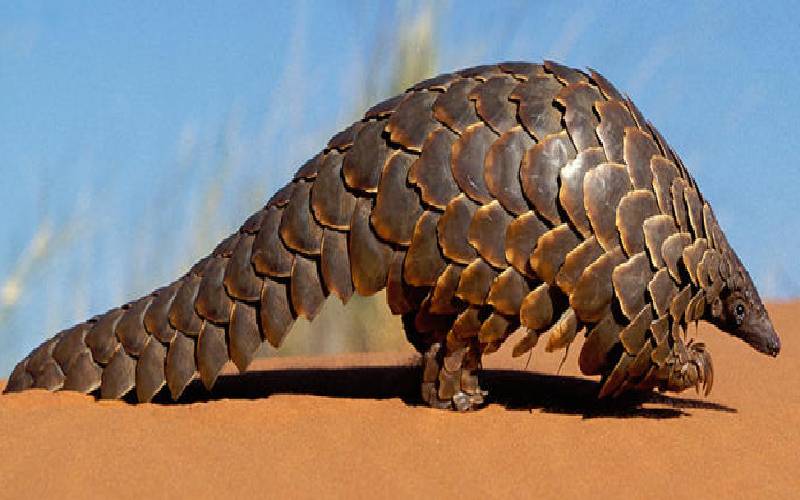 Since its initial outbreak at Huanan Seafood Wholesale Market in Wuhan, China, in late 2019, Covid-19 has infected more than a million people across the globe.

To understand and control the transmission of Covid-19, scientists are racing to study the coronavirus causing the disease: Sars-CoV-2, previously named 2019-nCoV. Sars-CoV-2 is zoonotic, which means that the virus originated in animals and jumped to humans. A critical challenge is to determine which animal transmitted the virus to humans.

We are a team of bioinformaticians and we feel it is our responsibility to the global community to investigate the origin of this virus.

Based on the research in our lab, we believe that pangolins, as opposed to snakes, may have served as the hosts that transmitted the coronavirus to people and caused the ongoing Covid-19 pandemic. The pangolin, also known as a scaly anteater, is the only known mammal with scales and is found in Asia and Africa.

Since January 2020, the current consensus among the scientific community is that Sars-CoV-2 originated in horseshoe bats; however, it’s unlikely that bats directly gave the virus to humans based on what’s known about transmission of earlier zoonotic coronaviruses.

Instead, scientists suspected that the bat coronavirus infected another animal, an ‘intermediate host’, which subsequently transmitted the virus to humans.

For example, Sars-CoV, which is the coronavirus that caused the severe acute respiratory syndrome (Sars) pandemic in 2003, is a close relative of Sars-CoV-2. It was also found to have been transmitted from bats to an intermediate host – the masked palm civet – which subsequently infected humans. Similarly, Mers-CoV, the coronavirus that caused the Middle East respiratory syndrome (Mers) in 2012, jumped from bats to another intermediate host, the dromedary camel, before infecting humans.

The early claim that snakes transmitted Sars-CoV-2 was based on an analysis of the virus’s genetic sequence. For both viruses and animal cells to function, genetic sequences (RNA or DNA) must be translated into proteins, which then carry out many tasks of the virus and the cell. These proteins exist as linked chains of single amino acids; each amino acid in a protein is encoded by a group of three nucleotides, also known as a codon, in the genetic sequence.

Since there are 64 possible different codons but only 20 amino acids, several codons can correspond to the same amino acid; different organisms will have different preference for which codon is used for a given amino acid. The early study hypothesised that for the coronavirus to effectively grow inside an animal cell, the codon usage preferences of the coronavirus should match that of the host cell.

The researchers compared the codon usage in the Sars-CoV-2 virus against that of the cells in eight animals at the Wuhan Huanan Seafood Wholesale Market. That study found that the snakes share the most similar codon usage pattern to Sars-CoV-2, thereby declaring that snakes were the most likely intermediate hosts.

However, their central hypothesis that coronaviruses and their animal hosts share similar codon usage was never verified. Our team at the University of Michigan scrutinised this hypothesis, and performed a more systematic analysis that we published in a recent follow-up study. We compared the codon usages of three coronaviruses (Sars-CoV-2, Sars-CoV and Mers-CoV) to those of more than 10,000 different kinds of animals.

To our surprise, we found that the codon usage of a coronavirus is not determined by its hosts. For example, the codon usage of Sars-CoV and Mers-CoV is much closer to frogs and snakes than to their real animal hosts (civets and camels, respectively). This shows that it is not possible to use only codon usage in animals’ cells to infer the hosts of coronaviruses, suggesting that the early claim of snake-borne transmission of Sars-CoV-2 is likely to be incorrect.

Our follow-up study also found that the genetic sequence of a coronavirus, discovered in lung samples of Malayan pangolins, was highly similar to Sars-CoV-2. The two viruses shared 91 per cent of their genetic sequence.

While pangolins are now our top suspect as the intermediate host, our study concludes that other potential intermediate hosts should still be considered. A coronavirus can use more than one kind of animal to infect humans. For example, while civets are best known for transmitting Sars, other animals such as raccoon dogs and ferret badgers are also able to carry Sars. Similarly, cats and ferrets can also be infected by Sars-CoV-2; it is still unknown whether humans can get infected by the coronavirus residing within these animals.

Previous article
Africa in 'advanced' discussions to buy monkeypox vaccines
Next article
You can leave WhatsApp group chats without notifying anyone
.