The poor health of medical schools

By GRAHAM KAJILWA | 1 year ago 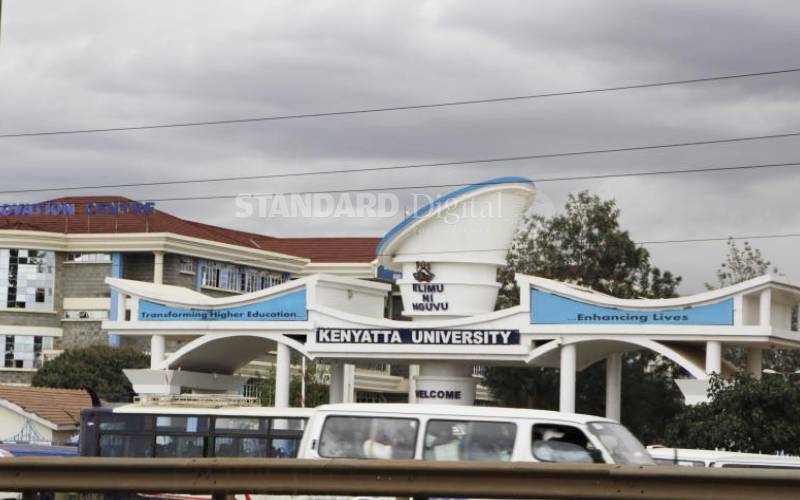 Details from a joint inspection of medical schools in the country reveal that a number of institutions have failed to meet standards set by regional states.

The findings are contained in a report titled the Third Joint EAC Inspection of New and Existing Medical and Dental Schools.

The inspection was conducted by the Kenya Medical Practitioners and Dentists Council from March 2-6. It revealed gaps in the operations of the medical training schools, ranging from poor learning facilities and lack of funding to lecturers who miss classes and department heads with the wrong qualifications.

The following is a list of the medical training schools and how they fell short of expectations.

The head of the human anatomy department should have a master’s degree in the speciality. The current head is an ENT surgeon.

The departments of pharmacology and internal medicine have been merged. There is supposed to be an ENT department, but it is currently under the surgical department.

The school has no student representation on the board.

The report shows that while the curriculum was approved by the university senate, it has not been approved by the Commission for University Education (CUE) and the Kenya Medical Practitioners and Dentists Council.

The number of students enrolled in pre-clinical years are more than the available school resources.

The school of medicine does not have a maximum number of students it is allowed to admit because admission criteria was set by the senate due to lack of regulatory guidelines.

The report revealed that some lecturers did not attend lectures while assessment criteria was subjective in most courses.

The students have missed five weeks of physiology classes.

Undergraduate and post-graduate students are grouped together in the human anatomy class.

The students study in any available open space after the library was closed for repairs in December last year. The Chiromo library is also small considering the large number of students.

The report also reveals that a vaccination exercise for Hepatitis B, targeting the medical students, was not well executed.

The University of Nairobi School of Dentistry (68 points)

The head of the school, who also heads the department of conservative and prosthetic dentistry, is a specialist in endodontics.

There was no budget for the school, although it was receiving some funding from the university. Approximately 80 per cent of funding was internally generated.

The curriculum was approved by the university senate but not by the CUE and the council.

The report also found that dental students do not get adequate exposure to medical subjects, and there were no audio-visual facilities for teaching or accommodation for self-sponsored students.

The findings show that the head of the medical physiology department does not have a master’s degree in the field.

The university does not have a department head in charge of public health.

Diagnostic imaging and critical care/anesthesia are not stand-alone departments, but rather are under surgery.

The inspection team found that the school’s financial system ‘was not clear’ and recommended a separate budgetary allocation to provide for human resource management and infrastructure.

Kemu also has 112 first year students instead of the 60 specified by the CUE.

An MoU between the university and Meru Level Five Hospital does not cater for human resource issues, student supervision and cost-sharing for procurement of consumables.

The inspectors found that some lecturers in the pathology department are not well acquainted with the contents of the curriculum. The material for teaching pathology was also insufficient.

There is no coordinator at the teaching hospital for follow up on student learning during the clinical years.

Programme manuals in the laboratories were also found to be insufficient and inaccessible to the students.

The report revealed that the doctors who head the human anatomy and medical physiology departments, respectively, did not have the appropriate academic qualifications.

The inspectors found that the head of the human anatomy department is a surgeon and orthopaedic doctor, while the head of medical physiology is an anaesthetist.

The school has an ophthalmologist who is a part-timer.

The report noted that the school is transitioning between old and new curriculum but the process is not well coordinated.

There are 145 first-year students instead of the recommended 120.

The report revealed there is poor internet connection while the physiology laboratory is not well equipped and lacks amenities.

Majority of the lecturers in basic sciences have a background in clinical medicine, making their skill mix and qualifications inadequate to teach Bachelor of Medicine and Bachelor of Surgery degree courses.

Gatundu Level Five Hospital does not have a sufficient case mix load for purposes of teaching.

The report found the school of medicine had no strategic plan, no mission, no vision, or core values.

The head of human anatomy and medical physiology department was not suited for the position.

There was no evidence of students’ support programmes or specific budgetary allocations for research.

The report found that the heads of the human anatomy and anaesthesiology departments were not suitable for the positions.

There was no evidence that students were represented in the board.

The report found that the heads of periodontology and community dentistry departments were not suited for the positions.

While the Bachelor of Dental Surgery programme was accredited by the council, there was no evidence the CUE had issued a letter of accreditation. The curriculum had also not been reviewed for more than six years.

The school was yet to establish separate laboratories for each of the basic sciences (physiology, biochemistry, microbiology).

The students were neither insured nor vaccinated against Hepatitis B.

The heads of reproductive health, child health and paediatrics, and human anatomy departments were not suited for the positions.

There was no evidence the Bachelor of Medicine and Bachelor of Surgery programme was accredited by the council and the CUE.

The school had no safety showers or audio-visual facilities for teaching. There was no accommodation for students in pre-clinical years

The head of human anatomy and medical physiology department was not suited for the position.

There were no heads of the microbiology, parasitology and pharmacology departments.

While the Bachelor of Medicine and Bachelor Surgery programme was accredited by the council, there was no evidence the CUE has issued a letter of accreditation. There were no audio-visual tools for teaching or video conferencing.

An earlier recommendation to teach biochemistry, pathology and microbiology separately to medical students had not been implemented.

The report found that the head of human anatomy and medical physiology department was not suited for the position.

The school did not have student representation on the board.

The dean’s office was found to be substandard and inadequately equipped. There were no specified staff offices in the faculty. According to the findings, there was no evidence that staff attended conferences or published. No funds were allocated for research.

By MOSES NYAMORI AND BRIAN OTIENO | 1h ago