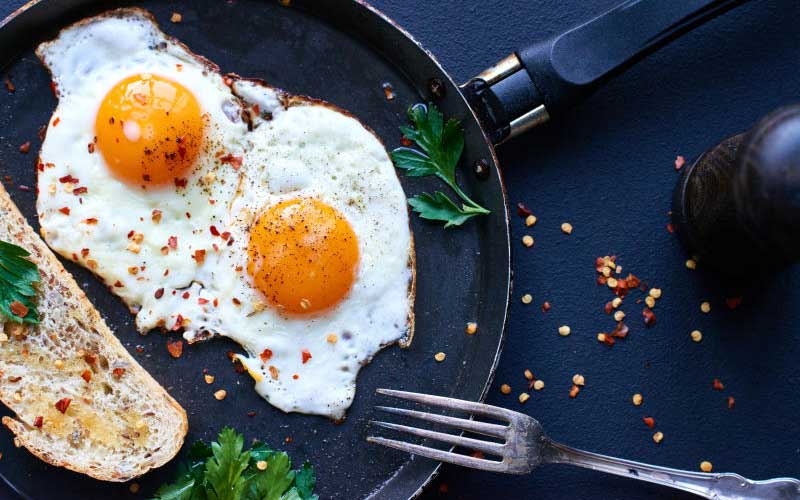 People who eat oatmeal for breakfast instead of eggs and white toast may be lowering their risk of stroke, a Danish study suggests. Consuming breakfast every day, and oatmeal in particular, has long been linked to reduced stroke risk. But research to date hasn’t offered a clear picture of how substituting oatmeal for common breakfast foods like eggs, toast and yogurt might impact stroke risk, the study team notes in the journal Stroke. Researchers examined dietary data on about 55,000 adults in Denmark who were 56 years old, on average, with no history of stroke. At the start, each week, participants consumed an average of 2.1 servings of eggs, 3 servings of white bread, 1 serving of yogurt, and only 0.1 serving of oatmeal.

SEE ALSO: When your heart hurts and breaks, Literally!

Researchers followed half of the participants for at least 13.4 years. During the follow-up, 2,260 people had a stroke. Using a statistical model, the researchers calculated that a person who replaced one serving of eggs or white bread with oatmeal would have a 4 per cent lower risk of stroke compared to someone who stayed with eggs or bread for breakfast. Eating oatmeal instead of yogurt didn’t appear to impact stroke risk. “Our results indicate that shifting more people to choose oatmeal instead of white bread or eggs might be wise for population-level prevention of stroke, but the modest association means that for individuals, it is quite possible that other factors might be more important,” said senior study author Christina Dahm of Aarhus University in Denmark. While the study wasn’t designed to prove whether or how oatmeal might lower stroke risk, oats may do this by helping to lower cholesterol, Dahm said by email. “Cholesterol is a risk factor for ischemic strokes, and our results were stronger for ischemic stroke, which could indicate that the cholesterol-lowering effect of eating oats may have long-term impact on risk of ischemic stroke,” Dahm added. Most ischemic strokes occur when a clot blocks an artery carrying blood to the brain. To minimize that risk, the American Heart Association (AHA) recommends not smoking, getting regular exercise, maintaining a healthy weight, keeping blood pressure, cholesterol and blood sugar in check, and eating a diet rich in whole grains, fruits, vegetables and lean protein with limited sweets and fats. Replacing one weekly serving of eggs or white bread with oatmeal was specifically associated with a 5 per cent lower risk of ischemic stroke from blockages in small arteries, the researchers note. Overall, study participants who ate more eggs and white bread tended to have less healthy eating habits than people who ate more oatmeal. “Perhaps patients who eat oatmeal take better care of themselves in other ways, and this accounts for the observed effect,” said Dr. Michael D. Hill, a researcher at the University of Calgary, in Alberta, Canada, who wasn’t involved in the study. “If true, this would mean that eating oatmeal just identifies a population of people who are healthy, rather than having a direct effect on the pathological processes leading to stroke,” Hill said by email. Portion sizes and diet quality are also important for stroke prevention, said Dr. Amytis Towfighi of the Keck School of Medicine at the University of Southern California, in Los Angeles. The AHA recommends the Dietary Approaches to Stop Hypertension (DASH) diet or a Mediterranean-style diet to help prevent cardiovascular disease. Both diets emphasize cooking with vegetable oils with unsaturated fats, eating nuts, fruits, vegetables, low-fat dairy products, whole grains, fish and poultry, and limiting red meat and added sugars and salt. “This study provides additional support of a Mediterranean diet, which includes daily consumption of whole grains,” Towfighi, who wasn’t involved in the study, said by email.