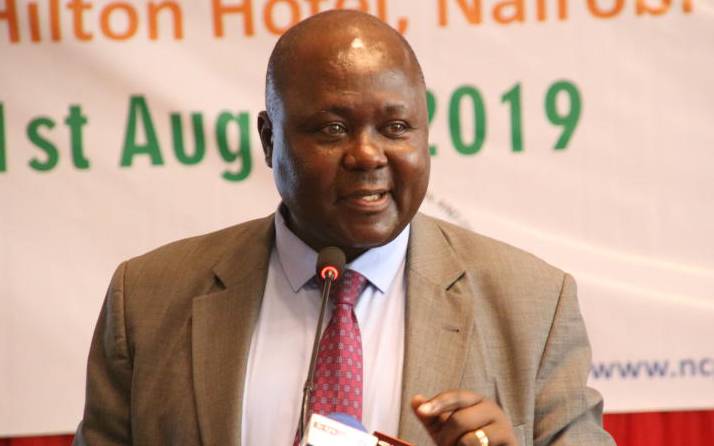 The Government has clamped down on hundreds of healthcare clinics spread across Mt Kenya region for allegedly failing to meet minimum standards for patient care. Notice to the county government by the State Ministry of Health said a countrywide audit found the facilities were operating below the minimum standards of licence, and ordered them closed until they comply. Nationally, the number of closed facilities in the list released by the State’s Director-General for Health Wekesa Masasabi (above) stands at 811.

Only Laikipia and Tharaka Nithi counties did not appear in the list from Mt Kenya region. Ministry audit Dr Masasabi said the audit conducted between February and August, this year, evaluated the facilities based on services offered, infrastructure and personnel minimum standards as set out in the Legal Notice No3 of the Medical Practitioners and Dentists Act (Cap 253). Meru County has 62 health facilities listed for closure, Kiambu 46, Murang’a 43, Nyeri 19, Kirinyaga 10 and Embu 8. The facilities closed in the region include several run by mainstream churches.

Meru administration said yesterday it had constituted its own inspectorate for a continuous process after noticing that many health facilities were not running well. “Regulation is actually a national government function and it is done annually but we will work closely with them,” said Meru Health Chief Officer Kanana Kimonye. County Health executives Joseph Mbai (Murang’a) and Mary Kamau (Kiambu) did not answer calls nor reply to text messages. Kwale County In Coast, Mombasa County had 98 facilities listed for closure while in Kwale County, 11 facilities are targeted.