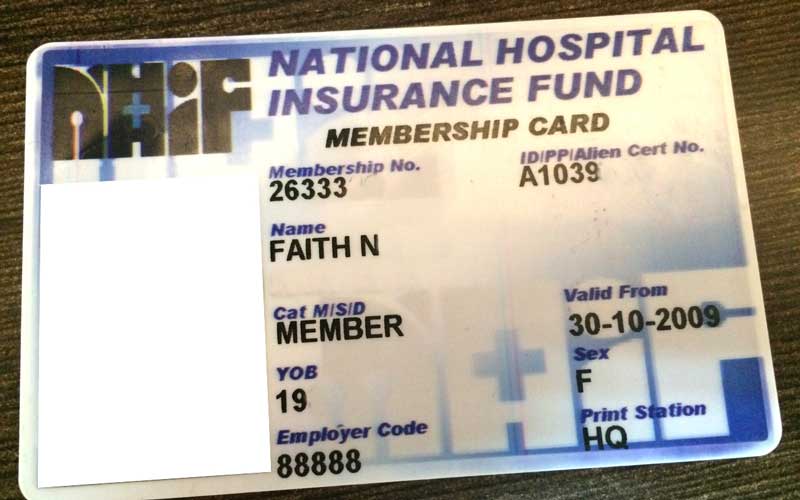 Civil servants have formally signalled their intention to withdraw from the National Hospital Insurance Fund (NHIF).

The Union of Kenya Civil Servants has written to the Public Service ministry to pull its members out of the national medical scheme.

The union has protested at the terms of the medical cover and questioned the insurer's capacity to manage the multi-billion shilling scheme.

Consequently, the union has demanded that private insurers "with a better understanding of the business" be sought to provide medical cover for thousands of civil servants starting July 1 this year.

“With the experience we have had with the NHIF, we are confident that we will be able to get a credible cover from a private insurance provider,” wrote Secretary General Tom Odege.

In the letter addressed to Mary Kimonye, the principal administrative secretary in the Public Service ministry, the union requested that she urgently initiate negotiations to pull all civil servants out of NHIF and engage the union in the recruitment of a new insurer.

The workers have accused the insurer of what they describe as “arbitrary variation of the contract”.

“It is unfortunate that in spite of the clear provisions of the contract, scheme members have either failed to get access to services or have been forced to pay for them,” states the union.

The union claims that at Sh1,500 per day, the hospital cover is insufficient, forcing members to pay from their pockets.

Attempts to remove the Sh1,500 limit through negotiations, including at a stakeholders' meeting called in Naivasha last year, have not yielded results, with the insurer keen on keeping a tight lid on costs.

The limit on costs described as 'free for fixed service' in the contract appears to be the deal breaker should the union succeed in pulling out of the public insurer.

The national insurer has covered civil servants for seven years as the single biggest scheme considering that it has more than 200,000 members.

Experts say losing civil servants would have huge implications for the national insurer.

By JAEL MBOGA AND AGENCIES | 9h ago