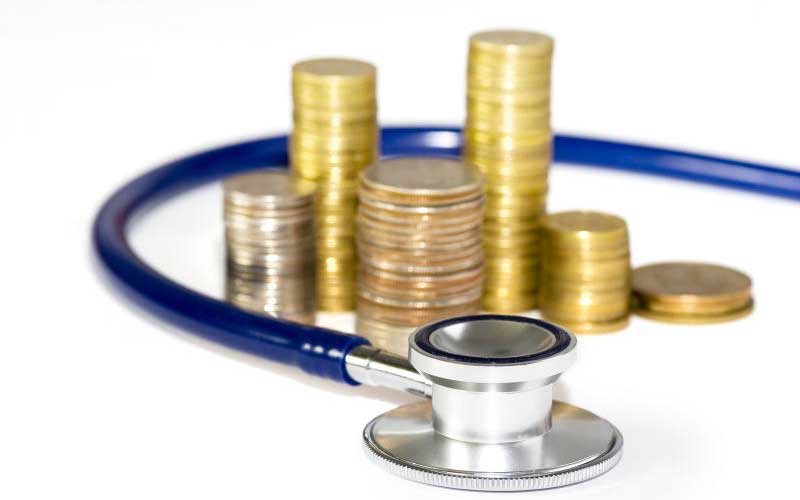 A number of doctors have confessed to prescribing unnecessary tests to earn commissions.

The doctors in private practice spoke of the frustrations they go through in running their own clinics, which include insurance companies withholding or delaying payments for their patients.

They claimed insurance firms do not delay paying big hospitals while delaying the same for private clinics.

This means doctors who run their own clinics have to wait for months, and even years to be reimbursed. They said when they complained against insurance firms they are branded as hostile and denied patients in the subsequent financial years.

During a meeting held in Nairobi last week, the doctors said insurance firms owe private clinics more than Sh700 million. They called for the blacklisting of non paying firms.

“If we do not make them lose business, they will continue making profits,” said one doctor.

The meeting which was attended by heads of specialists associations and doctors in private practice recommended that insurance firms change policies so that patients with medical covers can consult any doctor.

They argued that the tradition where the firms micro-manage their patients by selecting which hospitals and doctors for them is at times used to punish some doctors in private practice by denying them business.

“It is only in the medical field that you find decisions are made by third parties through panels. To get into that panel to push for your rights, you have to bribe someone,” said one dentist with a clinic in town.

In the meeting, which was chaired by officials from the Kenya Medical Practitioners and Dentists Union (KMPDU), it was resolved that all insurance companies should disband the panels which the specialists claimed are led by persons with no experience in the medical field.

“Further, the time taken by insurance firms to pay should not exceed 30 days from the date the services were rendered,” said KMPDU Secretary General Ouma Oluga.

“What I know is that most doctors have not mastered the correct format of writing down the claims. One error in a claim may take up to  30 days to correct,” said Dr Oluga.

The Deputy Secretary General of KMPDU, Mwachonda Chibanzi, said the manipulation of private clinics by insurance firms was a sign that doctors lacked legal means to advance their issues.

“We need to unite to fight this. If all doctors can give us claims that have not been paid, then we will be able to list all the notorious insurance firms,” said Dr Chibanzi.

The meeting agreed that all doctors who had not received payments from insurance firms submit their claims by Tuesday next week to the union for follow up.

One of the radiologists in the meeting spoke of how some scans or tests are recommended on patients, yet they were not needed at all.

This, she said, was because some testing facilities offer doctors in private practice some commission whenever they referred patients to them.

“That is why you get a two-year-old with Computerised Tomography scans they do not really need,” she said. “We get people doing many tests on patients that are unnecessary.”

She said many doctors in private practice were struggling to recoup millions spent on their facilities.