Simon Kiguta recovers at Nyeri Provincial General Hospital after he was  allegedly attacked by his wife at Mihuti village in Nyeri county. PHOTO; FILE

Kenya: Men in Central Kenya are increasingly being thrashed by their wives for demanding control of the easily acquired loans that are dramatically changing the family structure.

A new report, the third in as many years, details how money from chamas and easy-to-get loans have helped women stage sometimes bloody coups for family leadership.

The latest study by the Department of Gender and Development Studies of the Jomo Kenyatta University of Agriculture and Technology tells of how such money in Kiharu in Murang’a County is breeding violence at home as men demand a piece of the cake.

But the women are not taking it lying down. Tales narrated to the research teams by chiefs in Kiharu told of a new face of violence in the area, where women are beating their men to maintain a grip on their purses.

“Gender-based violence in the area is changing as women counter violence from their husbands. The women are fighting back,” say researchers Pauline Wangari Kamau, Elishiba Kimani and Grace Wamue-Ngare.

Kiharu, considered the home of Equity Bank, is described as having a concentration of well matured micro-finance institutions that are increasingly putting money in the hands of women, without demand for collateral.

The presence of micro-finance institutions in Murang’a, the research says, dates back to the 1980s, with Kiharu now being served by major groups such as K-Rep, KWFT (Kenya Women’s Finance Trust), Faulu, Kadet, Rafiki, SMEP and Kenya Ecumenical Loan Fund.

With the money, the researchers say, a new face is emerging, of women who are challenging the traditional role of the husband as the head of the home, whether he is bringing in the bacon or not.

The study published last month in the Merit Research Journal of Art, Social Science and Humanities indicates that no gender is really winning in this struggle.

In homes where the men manage to control the loan monies, the study shows that the cash is diverted from the original goal of eradicating poverty at the family level.

The scholars suggest a negotiated position where family power is shared between husband and wife. However, many men are not about to give in, adopting a macho stance despite the reported beatings.

“Almost 70 per cent of the husbands conceded that men should have more power than women in utilisation of resources, compared to 33.3 per cent, who agreed that both genders should have equal power.”

The frustration faced by men in Central, over what they say are discriminatory policies, was emotionally expressed on Thursday at a Parliamentary Budget and Appropriations Committee chaired by Rev Mutava Musyimi.

At a meeting in Kutus Town of Kirinyaga County, Pastor Nahason Gathieki told the committee that men, despite forming groups, were being discriminated against when they applied for Uwezo and other development funds.

Threatening to sue the Government, the pastor said billions of shillings  were being dished out to women while men wallowed in poverty and despair, leading to family disharmony.

“We must look for a negotiated solution to this changing family power balance because it must be managed by the community,” says Christine Wangari Gachege of Multi-Touch International, a non-governmental organisation.

Wangari is currently running an initiative to create one million jobs for women and youth through the conservation of the Mt Kenya and Aberdares water towers.

“We are giving women salaried jobs and meeting challenges where some men want to be given their wives’ pay. Obviously some women will have none of it,” Wangari explains.

A primary school teacher in Kiharu who did not want to be named said his brother was being blackmailed by his wife to sign loan forms through withholding of conjugal rights.

Earlier one of the researchers, Grace Wamue-Ngare, had told of a similar situation in Kiambu County, also in Central Kenya, in a study published in the African Journals of Social Sciences.

In about 70 per cent of the households sampled in Kiambu’s Kikuyu and Limuru sub-counties, male adults were in compromised gender power positions as family decisions and home management were entirely in the hands of women.

Wamue-Ngare had attributed the newly-found female power in the area to strong chamas – merry go round groups with the capacity to borrow money from commercial institutions and engage in high-return business activities.

But the men are fighting back violently: “From our observation, both parties are indeed so stressed, in a game that is unhealthy for the individuals as well as the whole family.”

In South Imenti, Meru County, a presentation from the Kenya Agricultural Research Institute (Kari) narrates how successful commercial banana farming is breaking up homes and turning over the reins of power to women.

Kari researchers showed how women have taken up commercial banana farming, renting land and managing their own bank accounts, while the menfolk spent their time at local markets playing a game called maune (bao in Kiswahili) or drinking local brews.

In households where men were found to force their wives to surrender the income, this was leading to separate banana farms for the wife and husband, hence causing conflict in the household. The Kari team also told of similar goings-on in the former Maragua District in Central Kenya.

“Men should boldly and wisely prepare for more erosion of their traditional family power, especially with the new Constitution,” says Kenneth Wameyo of the Kenya Veterinary Association.

For example, the Reproductive Health Care Bill 2014, currently in the Senate, proposes that a married woman can rent out her womb for surrogacy without the consent of the husband. 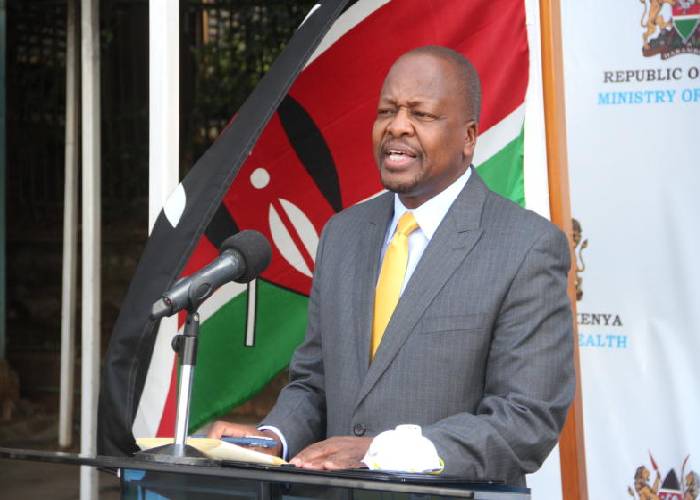