When your baby mama hates you so much

The truth is, your relationship never worked. You were so incompatible in every aspect of life, it is a miracle that you even dated for a year, made worse by the fact that you even went on to have a child.

The boy turned out to be the most beautiful child, and you have heard from his kindergarten teacher that he looks bright and poised for big things in life. The mother loves the kid like crazy and you do love the boy, since he is an exact chip off the old block. But you have irreconcilable differences with the mother. You have tried to be reasonable, but the mother is the most unreasonable human being. And this hurts you.

Truth be told, you made mistakes when you were dating. And she was not exactly a saint. You dilly-dallied when she so much wanted a marriage, but you were still young, aged 26 and you were still experimenting. Life was good. But she wanted to settle down and you thought that she wanted to imprison you too soon. Marriage is a lifetime commitment. Kid notwithstanding, you were not sure about her. She was desperately clingy, hellbent on changing you and your way of life. She considered you too worldly, even though she loved your bad boy charm. But she had made the classical assumption that a woman can change a man.

She gave you two options: Marry her or ship out. You took the ship, but you have since regretted. You never thought that seeing your son will be such an impossible task. You have heard that she even wants to move to another country, if that can separate your boy from you for good. All for what?

Your attempts at reconciliation have not worked, and every day she gets bitter than all the lemons in the world. All you want your son to know is that you are a cool dad. Your wife Carol, does not mind the son at all, same way you like her daughter with the ingrate lawyer just as much. And Carol does not understand how someone can be too hateful.

“She is jealous, she really loved you. That is why she will never forgive you...” Carol advises you as you try to figure out how hateful one woman can be.

“It is futile, some women are like that, but she should at least let you bond with your son, aki that kid might be affected if her mother raises her with such bitterness,” Carol tells you, hoping, that your ex will ever come around to her senses.

“Hope she finds a better man, she seems stuck with that phase I dated her, will that change her really?” you ask Carol, in trying to understand the female psyche.

“Truth is, she may never marry again. To some women, their first love, is their last love.”

“That is deep,” you tell Carol.

And you are left wondering how to rescue your son from her poisonous mother.

Help! Outside pressure is bringing me down
Living
By Chris Hart
16h ago
How to rescue your weakening love affair
Marriage Advice
By Chris Hart
16h ago
How you can consistently climb the career ladder
Career Tips
By Kirsten Kanja
16h ago
Why do good men friendzone women?
Relationships
By Stevens Muendo
17h ago
Girls trip sequel to be filmed in Ghana
Entertainment
By Peris Wambugu
Jan. 27, 2023
. 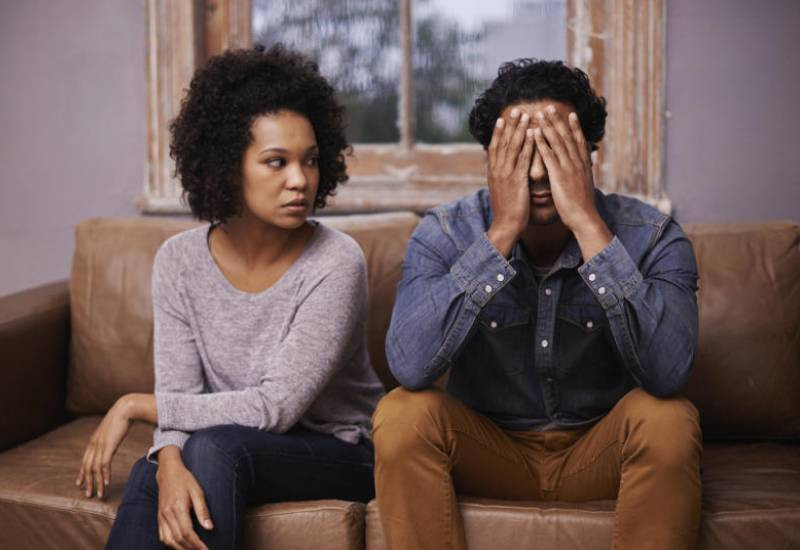