By GARDY CHACHA | 4 years ago 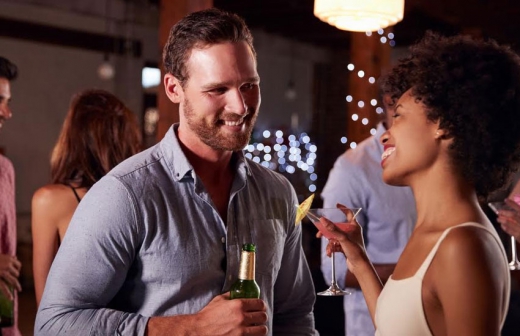 Take the case of Rose Atieno. She could not resist when Yemi Adesanmi, a man who introduced himself as a Yoruba from Nigeria hit on her. He was irresistible, she says, and his accent alone not only tickled but excited her. “No man speaks in as a way as sweet as Yemi. He had a sexy accent,” she says. “Besides the accent, there is just something very charming about him. I fell for him instantly. The next day we were at his house, enjoying ourselves. In less than a week, Yemi had vanished. I don’t know what happened.”

Many Kenyan women currently date Nigerian, Ghanian or Congolese men. A good example is a popular socialite who claimed to be dating an oil tycoon from Nigeria a while back. That, coupled with a tweet that went viral by a famous Kenyan TV girl that she has eyes only for foreigners because Kenyan men score last in her list of those who know how to take care of a lady, provokes questions that deserve answers. What is so special about foreign men? Many men wonder.

Every other week I would receive a bouquet of colourful flowers – with a card that told of his love for me and how special I was in his heart,” a giggly Rose says, as she talks to this writer over coffee. The said man (name withheld), now relatively well known in the business circles, has a sweet tongue, and plays his cards close to his chest. Sly and witty, he took his time and showed no interest to rush Njeri to bed.

Then came the time to unleash the truth. “You know Eunice,” she recalls the man saying, “I often host friends from abroad and they love meeting Kenyan girls over here. Could you be coming to our parties along with a few friends?” A befuddled Eunice went back home. Overnight, she kept thinking how he had treated her well. He had no ill motives, she convinced herself. And so she agreed to bring her friends along to her boyfriend’s ‘harmless’ parties. She was living in bliss and she didn’t want to think of it as a lie.

“I was shocked. I couldn’t believe that he was actually flying back to his country without informing me or caring to explain what had just happened,” says a distraught Njeri. He left her in the cesspool of rejects as he flew off to bliss by himself.

He floated the idea with her that they rent a block of land not far from the ocean line to put up a restaurant for business. She left her meagre salary behind and swooped in on the sweet life that stood before her. “The lease was in my name since he was a foreigner. Putting up the restaurant was not a problem really. When the business was up and running, Kadze became the manager of the enterprise. In the meantime, her prince charming enjoyed full benefits that come with ‘marriage’, though they didn’t consummate the union legally.

She gave up waiting for him and the lease ended just a month later, forcing her to resume the hard life of fending for herself. In the Coast region, it is not only young women like Kadze who find themselves at the wrong end of foreign love gone awry. Men too get used.

Take the case of Ali Yusuf – a young virile man in his mid-twenties. He met a German woman he describes as ‘bonge la mke’. She, by European standards that glorify svelte women, wouldn’t pass for an attractive woman. But she was here to enjoy herself; and who else to help her achieve her purpose than a beach boy who is desolate and looking for cheap money. Yusuf says: “We both knew what we wanted. She wanted a good time with a local and I was after someone who had money to offer. It was mutual from the start. Besides, she was too old for me to hope that it would last long. I knew she wanted to use me and fly back to her country. So I also syphoned as much as I could. She bought me a fishing boat when she left and as far as the deal goes, I was happy even after she left.”

She hoped he would propose and marry her but the man gave her money to stop pestering him because he had a family back in Guangzhou and he is only allowed to have a maximum of one child back in his country. Gladys is just part of lingering statistics that show Kenyans easily falling prey to foreigners and their whims – for nothing more than the promise of bliss or a good life. However, it is not all gloom and doom, as some have had great relationships with foreigners, which end up in happy marriages.

5. Do you still watch cartoons?