Michelle Obama's look that stole the show at Biden's inauguration 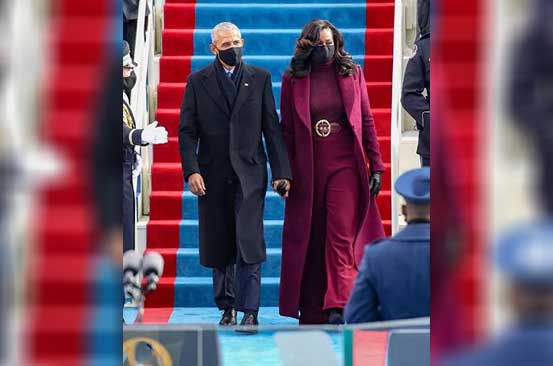 If there’s one thing Michelle Obama is known for it’s her stunning outfits. In my book, she became a style icon during her days as FLOTUS and continued wowing us with her amazing looks long after her husband, Barack Obama, left office.

The former first lady continued with this trend during Joe Biden’s inauguration ceremony on January 20, when she walked in wearing head to toe plum and burgundy. 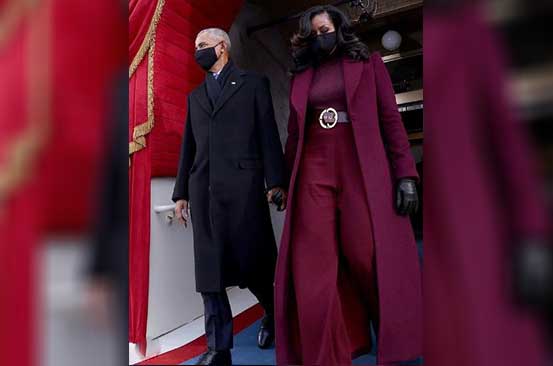 The monochromatic outfit stood out in the sea of black and navy that the other people in the inauguration wore, leaving social media abuzz as her fans couldn’t stop talking about her.

Mrs Obama had on a turtleneck sweater which she tucked into a pair of high-waisted, boot cut trousers. She topped off the look with a matching long, structured coating and belt. Obama complemented the monochrome outfit with pops of black with her black leather gloves, black silk mask and Stuart Weitzman boots. 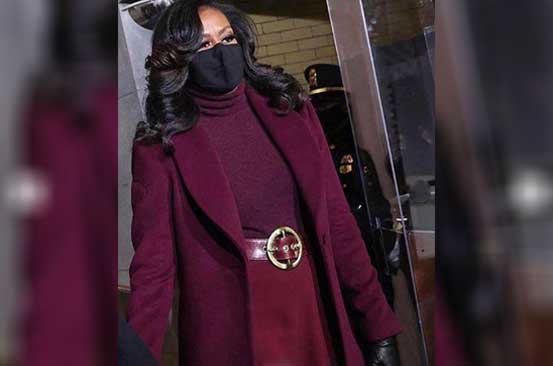 The ensemble was by Black designer Sergio Hudson. The Los Angeles-based designer came into the limelight in 2013 when he won a fashion design competition which Rihanna produced. He launched his ready-to-wear brand in 2014.

Hudson has dressed Mrs Obama in the past as well as other celebrities Janelle Monae, Beyonce and Jeniffer Lopez. 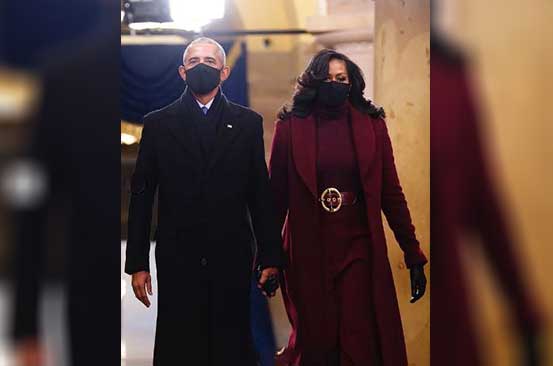 Her hair, styled in 70’s style waves, was by Yew Damtew who has been Obama’s hairstylist for more than a decade.

The ever stylish Michelle Obama is known for choosing Black designers to express her personal style and showcase Black excellence.

Kamala Harris husband quit his job to be second gentleman

Knotless braids: Everything you need to know about this protective hairstyle
Hair - By Lolita Bunde

#FridayFashionInspo: Tanasha Donna, a queen of many hats
Trendsetters - By Lolita Bunde

#FridayFashionInspo: Fashion blogger Kristine is all curves and confidence
Trendsetters - By Lolita Bunde