ACHIEVING WOMAN
By MIRROR | 2 months ago

New US President Joe Biden began his term in office with a global plea for unity.

But in a Twitter post, he had an equally important message, this time for one particular person - his wife Dr Jill Biden.

It simply read: “I love you, Jilly, and I couldn’t be more grateful to have you with me on the journey ahead.”

With two Masters degrees and a PHD, Dr Biden will be the first First Lady to continue a paying job alongside her East Wing duties, as she remains committed to teaching her writing class at Northern Virginia Community College.

She emphasised her devotion to her vocation with a quotation from Founding Father Benjamin Franklin sewn into her inauguration outfit which read:

“Tell me and I forget. Teach me and I remember. Involve me and I learn.”

And her first Zoom engagement was to thank teachers across the land.

She’s also made it clear that while Joe was the one who’d always dreamed of the Oval Office, this was very much a two-for-one deal, expressing their “excitement and pride of all we accomplished together” and the “hope for all we [ital] are going to do.”

Indeed while many dismiss the office as First Lady as a glorified party planner, history tells us a different story.

For every President, there’s been at least one (unpaid) First Lady, and whether they’ve been beloved social butterflies like Dolley Madison, political masterminds like Hillary Clinton, trendsetter like Jackie Kennedy or voracious activists like Eleanor Roosevelt, they’ve proved they can wield just as much power as the men sitting at the Resolute Desk.

“I have learned that you can do anything you want to,” explained Rosalynn Carter, President Jimmy Carter’s wife, when describing the power of being First Lady.

“They used to ask me if I thought the first lady ought to be paid. If you get paid, then I have to do what the first lady is supposed to do. But you can do anything you want to, and it’s such a great soap box.”

Naturally, the women of the White House haven’t also been without their scandals and tragedies - from lesbian flings and substance abuse to losses, murders, and mental illness.

Her every dress, word and action was poured over by her adoring public.

Not that she liked her title.

“The one thing I do not want to be called is First Lady,” she once said. “It sounds like a saddle horse.”

Her first deed was to set about restoring the White House with historic artefacts, sourcing furniture which had been taken by past inhabitants and ensuring all future art and furnishings were preserved by the Smithsonian.

On Valentine’s Day 1962, she invited CBS on a never-before-seen TV tour round the White House, landing 56 million viewers and an Emmy.

Like Princess Diana, she was also a diplomatic hit. JFK remarked after her popularity on a trip to France: “I am the man who accompanied Jacqueline Kennedy to Paris – and I have enjoyed it!”

Even in a historic meeting with Soviet Premier Nikita Khrushchev, when asked to shake hands with JFK for a photo, he looked at Jackie, and said: “I’d like to shake her hand first.” He then gave her a puppy, a descendent of the first dog in space.

But sadly, it is the image of Jackie in her blood-soaked pink two-piece and pillbox hat in November 1963 as her husband was assassinated which is history’s most famous.

Only a few other other First Ladies know how she felt: Mary Todd Lincoln - who was holding her beloved Abraham’s hand that night in 1865 when at Ford’s Theatre he was shot in the back of the head by John Wilkes Booth (she suffered depression, and was temporarily in a pyschiatric hospital), Lucretia Garfield who was at husband James’ bedside after he took 79 days to die from a gunshot in 1881, (she campaigned for equal pay after hearing the female doctor was being paid less than her male peers) and Ida McKinley, wife of William McKinley killed in 1901.

Her brother had previously been murdered.

Meanwhile Nancy Reagan was so terrified by the attempt on Ronald’s life in 1981, that she took to astrology, and had a clairvoyant on speed dial.

It was claimed Air Force One would never take off without Nancy’s say so and that astrologer Joan Quigley read Mikhail Gorbachev’s horoscope to ease the Cold War.

Nancy for her part maintained she “didn’t believe” but she also “didn’t not believe.”

Looking out for the president is just one role. Many have been trailblazers.

The very first - although the title was not used until 1860s - was Martha Washington, wife of George Washington and the only one not to live in the yet-to-be-built White House. Martha was a widow and a mother-of-four when she married Washington.

She was not a willing first lady, telling her brother she hoped George wouldn’t be president but it was “not to be helped”.

But she was ahead of her time freeing 123 of Washington’s slaves.

Many other First Ladies have also had their passionate causes. Lawyer Michelle Obama was a vocal campaigner on anti-obesity, equal rights and global women’s issues. Barbara Bush held HIV-positive babies to battle prejudice during the AIDS epidemic. Hillary Clinton, who was on the legal team that impeached Nixon, focused on healthcare (Bill ran on the slogan ‘Buy One Get One Free’ because of her political past). Former actress Nancy Reagan ran the anti-drugs campaign “Just Say No”, and Lady Bird Johnson concentrated on the environment.

Lady Bird was particularly astute. “The First Lady is an unpaid public servant elected by one person - her husband,” she once said.

“I was keenly aware that I had a unique opportunity, a front row seat, on an unfolding story and nobody else was going to see it from quite the vantage point that I saw it.”

She wasn’t the only one to respect that privileged opportunity.

Abigail Filmore, wife of 13th president Millard, was, like Dr Biden, a teacher who set up the White House’s first library, inviting the likes of Charles Dickens and Willian Thackeray for debates.

Lucy Hayes, wife of Rutherford B Hayes, was the first with a degree. She installed the first telephone in the White House, and as a believer in women’s rights, insisted portraits of notable First Ladies were hung next to those of the presidents in the White House.

She said: “Woman’s mind is as strong as man’s - equal in all things and superior in some.”

Nellie Taft was the first First Lady to own a car, publicly support the women’s suffrage movement, and smoke cigarettes.

And when it comes to vocal first ladies, few could outdo Edith Roosevelt, wife of Teddy Roosevelt, and Teddy’s niece Eleanor Roosevelt (wife of her distant cousin Franklin D Roosevelt).

Edith would read every newspaper, moved her office next to Teddy’s, and had an hour-long meeting every morning where she would share her views. Meanwhile Eleanor was an advocate for civil rights, women’s rights in the workplace and World War Two refugees.

After FDR’s death in 1945 - with his mistress by his side, Eleanor continued to do her duty for the US, with both Presidents Truman and Kennedy appointing her a delegate to the United Nations General Assembly.

There she played a key role in drafting the Universal Declaration of Human Rights.

She was also one subject to salacious rumours, with many saying she enjoyed lesbian affairs with journalist Lorena Hickok and pioneer flier Amelia Earhart.

Not all First Ladies were wives. While 2016 saw hopes of the first First husband foiled, many First Ladies have been nieces or daughter-in-laws.

One was Rose Cleveland - the niece of president 25 and 27, Grover Cleveland, who openly enjoyed her own lesbian affair.

Of course, when it comes to being open, no one was more so than Gerald Ford’s wife, Betty Ford, founder of the rehab centres and substance abuse survivor. In 1977 she danced on the Cabinet Room table, and according to The New York Times, was a true 70s woman: “doing the Bump dance along the corridors of the White House, donning a mood ring, chatting on her CB radio with the handle First Mama — a mother of four who mused about drugs, abortion and premarital sex aloud and without regret.” She had a 95% approval rating.

So what makes for the perfect First Lady?

“Being first lady is the hardest unpaid job in the world,” she said.

It’s not just the presidents that can come out with a great line.

Here are some of the profound, witty and best quotes of the most famous first ladies:

It is one of my sources of happiness never to desire a knowledge of other people’s business.

Well, Warren Harding, I have got you the presidency. What are you going to do with it?

Don’t ever underestimate the importance you can have because history has shown us that courage can be contagious and hope can take on a life of its own.

I am determined to be cheerful and happy in whatever situation I may find myself. For I have learned that the greater part of our misery or unhappiness is determined not by our circumstance but by our disposition.

If you bungle raising your children, I don’t think whatever else you do matters very much.

To us, family means putting your arms around each other and being there.

The clash of ideas is the sound of freedom.

By CAROLINE OKELLO | 20h ago 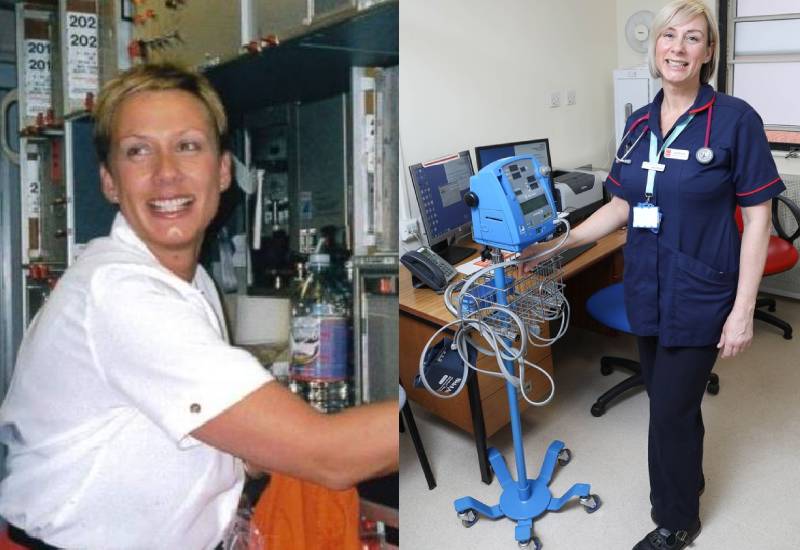 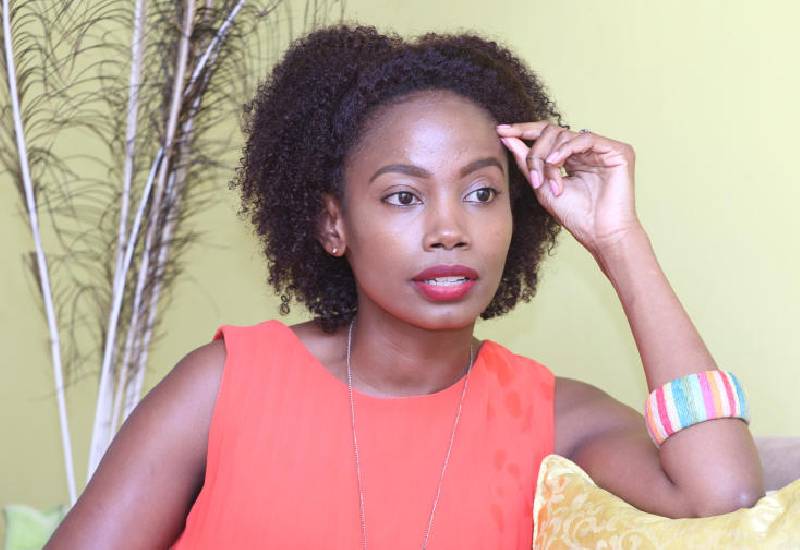 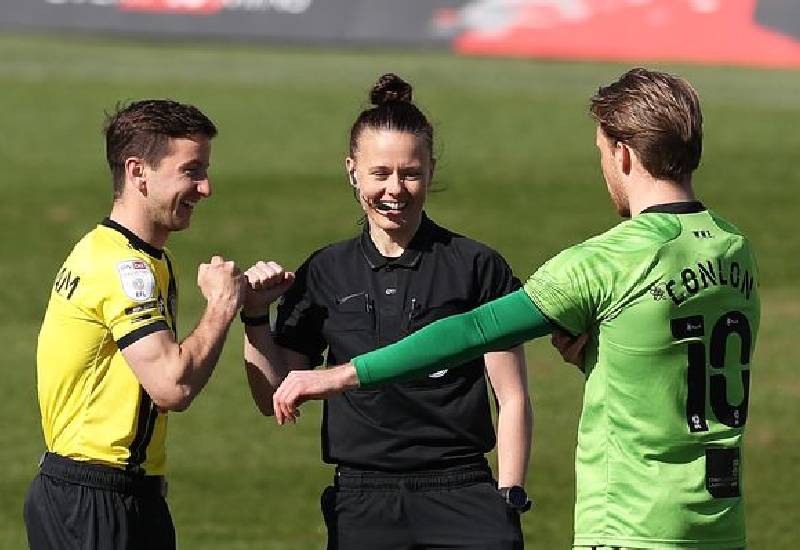