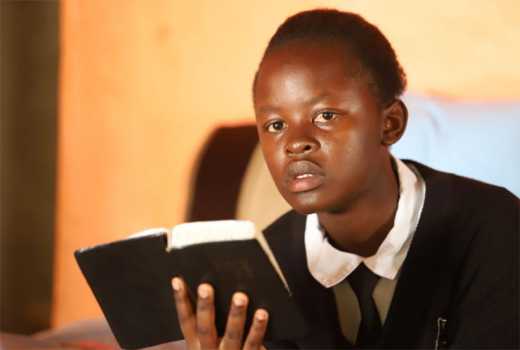 The dreams of a 17-year-old girl in Kisumu County might be shattered after she missed a Form One place because she insisted on keeping long hair.

Sharon Akinyi, who was set to join St Mark Obambo Secondary School in Kisumu West, was on Tuesday turned away after she refused to have her head shaved, citing her faith. She had met all the other requirements.

Rule number 11 in the student’s guiding regulations states: “All students must be tidy, hair cut short and well groomed.”

But Ms Akinyi, whose school materials were purchased by a guardian, remained adamant, saying: “I can’t betray my God to satisfy earthly needs.”

When The Standard caught up with her at Usoko village in Holo, Kisumu West, yesterday, the first born in a family of four was reading her Bible. With tears in her eyes, she maintained that she would stick to ‘the word’ if that was what it would take to sacrifice her education.

According to Akinyi’s guardian Jacob Odongo, the girl got an admission letter to the school earlier this month and was expected to report on Tuesday.

“I am taking care of this girl together with her brother, who joined Form One. I took her brother to Kisumu Boys High School and left my daughter to take this girl to Obambo because it is closer home,” said Mr Odongo.

But at about 2pm yesterday, he got a call that the girl had been turned away even after complying with all the other requirements, which included payment of Sh5,000 for a lunch programme.

Akinyi lost her father when she was eight years old and her mother left due to a family dispute.

The girl insisted that if she failed to get a place in Form One, she would rather find a favourable course in the local polytechnic or stop her quest for higher education and serve God.

The St Mark Obambo Secondary School principal, Kepher Okoth, through his secretary, indicated that he was not ready to speak to the media.

A teacher at the school who did not want to be quoted, said the school had a policy on long hair because of the hot and dusty environment.

“I don’t think the policy is aimed at victimising students. It is just for purposes of keeping the students neat because this place is very hot and dusty and it would be too demanding for them to keep long hair. And it would be unfair for other students to allow some of them to keep long hair as others abide by the school regulations,” he explained.

Kisumu West Director of Education Albert Lang’at said he had yet to receive any information on the matter, but added: “I will tell them (the school management) that the policy is clear that no student should be refused admission on the basis of having long or short hair.”

The school came to the limelight in 2014 after another student was suspended on grounds of having long hair.

Lucy Awino, who was in Form Four, said she and other students were sent home after the management linked poor performance to long hair.

“For my case, the school involved my pastor, parents, and Ministry of Education officials and I was allowed back while all the other girls shaved their hair,” said Ms Awino, who is now a nurse.