Fibromyalgia: When your body’s pain volume is always turned up 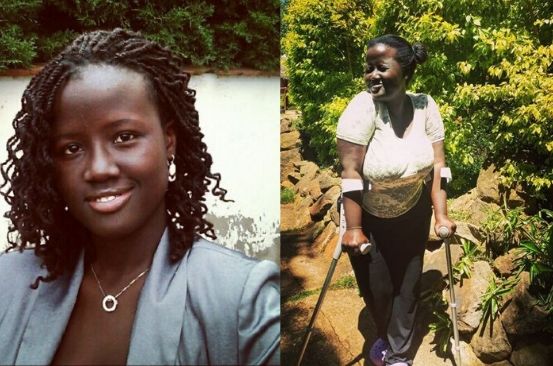 To feel pain more intensely than most, where scraping a knee feels like you have been hit by a sledgehammer, is something Laura Litaba has had to live with.

Although she was always a sickly baby, and even though throughout her school-going years she had incessant back pains and headaches, Laura didn’t think that her health could get any worse.

But it did. At least a few decibels of pain higher when in 2011 she began experiencing splitting headaches, and no painkiller could take away the pain.

“Sometimes I would take more than the recommended dosage,” she says.

While between migraines, she decided to see a specialist who would hopefully tell her why she couldn’t get a reprieve from the pain in her head.

But the neurologist told her he couldn’t find a thing wrong with her head. And so, defeated, Laura trudged back home.

Pretty soon though, the pain began manifesting in other parts of her body.

ALSO READ: A quick fix to your face mask fogging up your glasses

“I had back pains, chest pains and fatigue that I couldn’t explain away. I could sleep for more than 12 hours but still wake up very tired,” she says.

She even joined university where her musical gift shone brightly. She was determined to live fully through the pain. But in 2016, things began falling apart.

“I was just back in the country after participating in a music concert and my body was aching all over. I brushed it off thinking that it was due to the travel and had probably picked up a bug. But a visit to the doctor showed I had rheumatoid arthritis,” she says.

Laura had never heard of the disease. And the doctor didn’t care to explain it to the shell-shocked Laura.

“He prescribed the drugs and sent me on my way. But even with the medication, the pain remained and even got worse. My aunt, a paediatrician, recommended that I see a rheumatologist.”

And so she did. After a battery of tests, the rheumatologist confirmed she had fibromyalgia.

Fibromyalgia, she soon learnt, is a disorder characterised by widespread musculoskeletal pain accompanied by fatigue, and sleep, memory and mood issues.

Since the disease has no cure, she was prescribed drugs that would reduce the symptoms.

“I wish I had known earlier what was ailing me. In school, I would go to class and when it’s over, it would take me forever to stand up as my legs would be numb, with painful joints and muscles. I had to ask lecturers every semester to allow me to come to class when I could. With medication, life could have been easier,” she says.

Fibromyalgia is accompanied by chronic fatigue syndrome, a condition that leaves one feeling constantly tired, and Laura has found that difficult to deal with.

She has once been forced to resign from a job she loved after she experienced a flare up.

“I had chest pains and was admitted to hospital for pneumonia. I had to be away from work for weeks on end and thus had to resign and move back home.”

Sometimes she experiences what is referred to in medical circles as a fibro fog. This is when one can’t focus on the task at hand and has a problem retaining information.

“I once went on a job interview and my mind went blank for a whole minute. My concentration sometimes is so poor I can read something and not understand it,” she explains.

Living with fibromyalgia means coping with the nausea, nerve pains, insomnia, irritable bowel syndrome and twitching that are common occurrences.

The helplessness that comes with the constant pain was a major cause of stress for Laura.

“I used to do most of my chores independently, but now I need help doing almost everything. I can’t carry heavy things because my hands are in pain. The only thing I do on my own is bathing. I wish I could hire a home care nurse but I can’t afford the cost that comes with it,” she says.

This, added to difficulties in walking, made Laura a recluse, choosing to stay indoors.

But earlier this year, she decided to do what she once did so bravely: embrace her pain and live fully.

“So I got myself a wheelchair and joined my friends outside. That felt great. I have to admit though that it does sting some when I see people attending parties and concerts because that was my life a few years ago,” she says nostalgically.

Laura now has resorted to learning new languages online, acquiring new skills and working online since she can’t dabble in public relations, which was once her area of specialty.

Despite her joints aching and muscles sore, she is ready to start a new chapter in life, one without self-pity.

“I can’t really do much out there in my state but I know I will find a way to shine bright,” she says.

Atta girl. We wish Laura all the best.

Sickle cell anaemia: When pain can be eased by drinking enough water