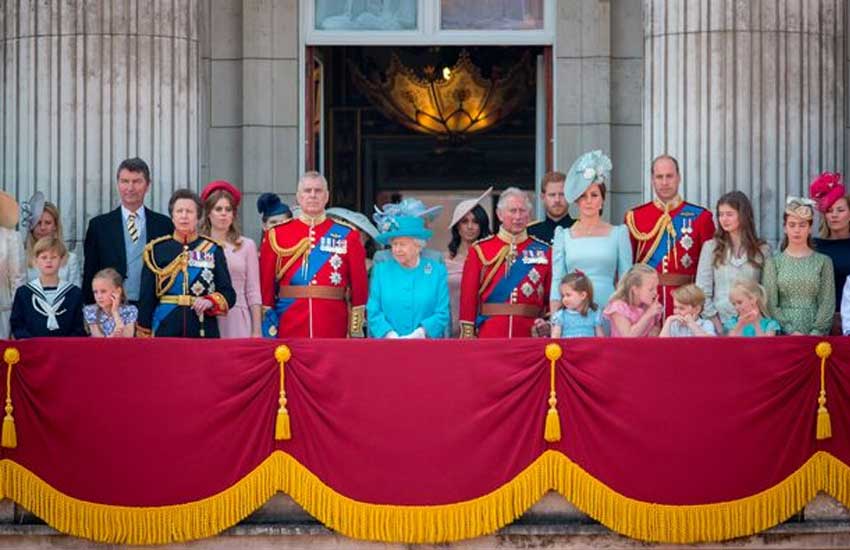 Meghan Markle and Prince Harry shocked fans around the world this evening when they announced they are stepping back as senior royals.

The couple's bombshell statement has reportedly "hurt" members of the family, and several sources have claimed they didn't consult any of their relatives about the decision.

The news has raised many questions, but one of the things many people are scratching their heads over is what this will mean for the line of succession.

At the moment Prince Harry is sixth in line to the throne, after his nephew Prince Louis, with Archie in seventh position.

However, they will both drop drastically down this list when the Cambridge kids grow up and have children of their own.

So what will happen to Harry and Archie's position on the list now that the couple have quit?

In short, not a lot.

Even though Meghan and Harry have said they will "step back" from their royal duties, this won't lead to a change in the line of succession.

The positioning is based on the legislation, and it the Government would have to step in to kick someone off the list.

Historian and author Marlene Koenig told Royal Central: "Succession to the throne is based on legislation including the Succession to the crown Act, which includes the Act of Settlement. It would take an act of Parliament to remove a person from the line of succession.

"Edward VIII could not abdicate without an act of Parliament.

"When the first Duke of Sussex (Prince Augustus, George III’s son) and the Duke of Cambridge (Prince George, son of Prince Adolphus) married women in contravention of the Royal Marriages Act, they did not lose their rights, but their wives and children could not their rank and children did not have dynastic rights to the throne and sons could not inherit the peerage."

This means that everything will probably stay exactly as it is, with Prince Andrew following Archie and then Princesses Beatrice and Eugenie.

The Earl of Wessex is next, followed by Viscount Severn and Lady Louise Mountbatten-Windsor.