The music legends met in 1998 when their friend Neto introduced them to each other, Wahu revealed in a past interview.

“But our first official date was on a Boxing Day,” Nameless added. “Wahu came an hour late!”

After lunch at Wimpy Restaurant, which used to be in Corner House, they went on a walk in the quiet, deserted CBD talking and getting to know each.

Courtship was ‘fun’, Wahu recalls. “We were young and carefree. We didn’t do very complicated things; we really just enjoyed each other’s company, no matter the setting.” Dates were simple. They’d go on picnics, camp, watch movies and club.

Nameless knew that she was the one within the first two years of dating. “We got married on September 10, 2005,” Nameless said. 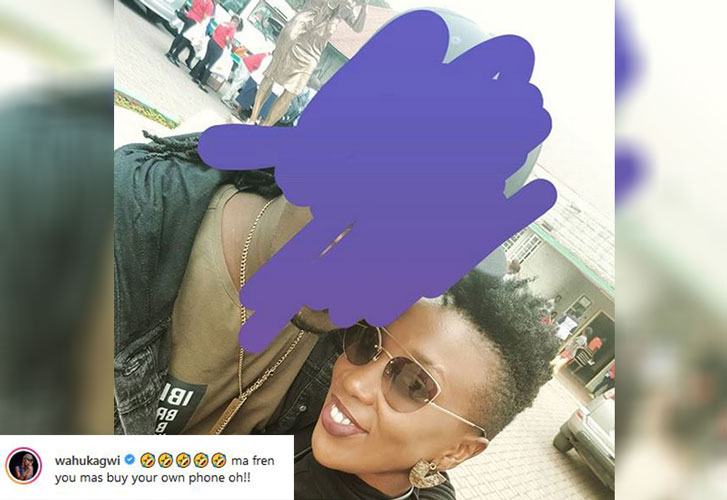 “Our wedding day turned out to be beautiful and perfect,” Wahu says. “But marriage at first was hard. It was only after a couple of years that we began to find our rhythm as a married couple.”

Nameless and Wahu have had their fair share of marital problems but they have swum against the current together as one cohesive unit, reiterating their vows. For better or worse they will do it together.

“…being in the limelight makes you an easy target for them [media],” Wahu said. “We cannot let them destroy what we’ve taken so long to build. Instead, the negativity draws us even closer together.” 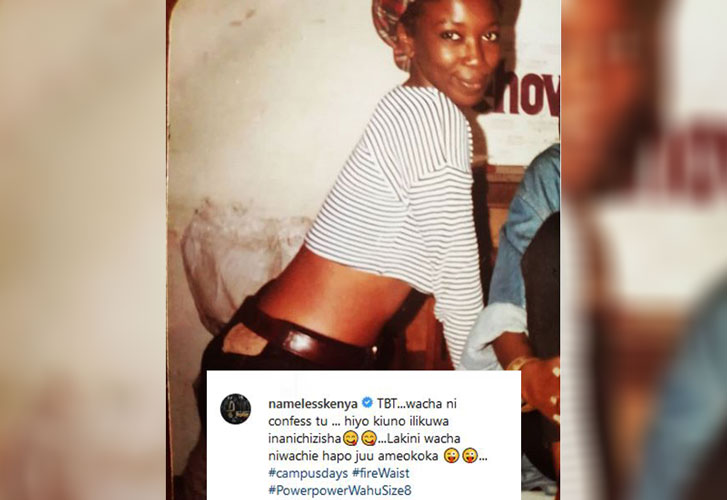 The two have two daughters, Tumiso (13) and Nyakio (6). “They are both uniquely special. Tumi for example is so empathetic towards other people’s needs and feelings, and is such a strong wildlife enthusiast. Nyakio is very organised and loves cleanliness. She is also and quite the charmer. They are both such a joy,” explained Wahu.

To young couples they advise managing expectations, listening to each other, allowing individuality in their unions, respecting and understanding each other’s points of view. They also advocate for marriage counselling because it helps put things in perspective especially in the early years.

What message do you have for the lovely couple?