Meghan Markle went into labour this morning as she prepared to welcome her royal baby with Prince Harry.

ALSO READ: Ciara opens up about being pregnant during a pandemic

The Duchess of Sussex and her husband will finally met their first child, a boy, this morning.

In a break from royal tradition, the couple have decided to keep details about the birth plan a secret.

Buckingham Palace confirmed this afternoon that Meghan went into labour in the early hours of this morning with the Duke of Sussex by her side.

The royals announced the birth of their son on Instagram weighing in at 3.2kgs.

The child will be seventh-in-line to the throne.

The fact that details are being kept secret means we are unsure whether Meghan is hospital or at home.

Normally royal couples announce where they've decided to have their baby, which means the eyes of the world sit watching the doors of the hospital waiting for news.

Princess Diana and the Duchess of Cambridge both stood on the steps of the Lindo Wing to show off their new arrival just hours after giving birth.

But Meghan and Harry are doing things differently, announcing their decision to keep certain parts of the special day private in a statement earlier this month.

They wrote: "The Duke and Duchess of Sussex are very grateful for the goodwill they have received from people throughout the United Kingdom and around the world as they prepare to welcome their baby.

"Their Royal Highnesses have taken a personal decision to keep the plans around the arrival of their baby private.

"The Duke and Duchess look forward to sharing the exciting news with everyone once they have had an opportunity to celebrate privately as a new family." 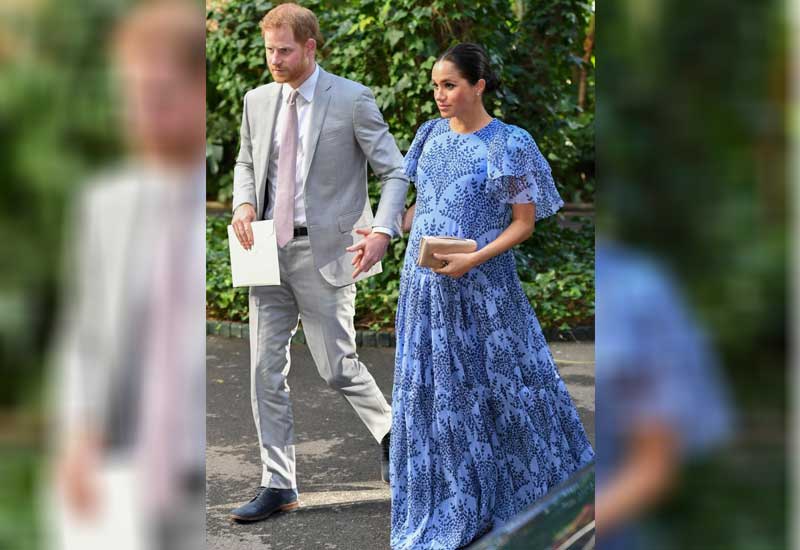 Their decision also means we won't get the traditional hospital steps photo, and it's likely that we will have to wait a few days to get the first glimpse of the royal baby.

While many celebrated their decision to keep details of the birth out of the media spotlight, others were disappointed to be kept out of the loop.

Prince Harry has attended a number of official engagements this week, including an Anzac service with Kate and the London Marathon, which was kept secret in case the baby arrived.

The royal baby will grow up at Frogmore Cottage in Windsor after the couple finally moved in last month.

The huge house has undergone a massive renovation to turn it into the perfect family home, including a brand new nursery for Baby Sussex.

Ciara opens up about being pregnant during a pandemic