Linda Nyadero, 32, has lost four jobs, a relationship and in the process spent over Sh1 million seeking treatment.

ALSO READ: New coronavirus symptom to look out for as study says skin rashes could be a sign

I was 15 and in Form Two when I got my first period. It was painful. When I talked to my mother about it she gave me pain medication and told me it was normal; that I was merely becoming a woman.

Every month henceforth it was the same story of menstruation accompanied with lots of pain. The pain was so much: it left me feeling paralysed to the extent that I would miss lessons.

My father transferred me to a day school closer home fearing I did not like the school. He just did not understand why I would miss classes.

But moving me to a different school didn’t do the trick: I still failed to go to school for seven or so days during menstruation.

The pain that accompanied menstruation was so great – It permeated my bones. I could feel it in my legs. I could barely walk.

Dad then transferred me to a boarding school far away from home hoping the distance would make me ‘love school and be present in every lesson.’

Nothing changed. Every month, I was in excruciating pain that did not allow me to do much – let alone concentrate in class.

I finished high school and went to university. There, friends told me the pain would dissipate with time. I was told (even by some women in my family) that the pain would be all but gone after my first baby.

At some point I told myself the pain I was feeling could not be normal. I began going to hospitals. I knocked on nearly every major private and public hospitals door in Nairobi. 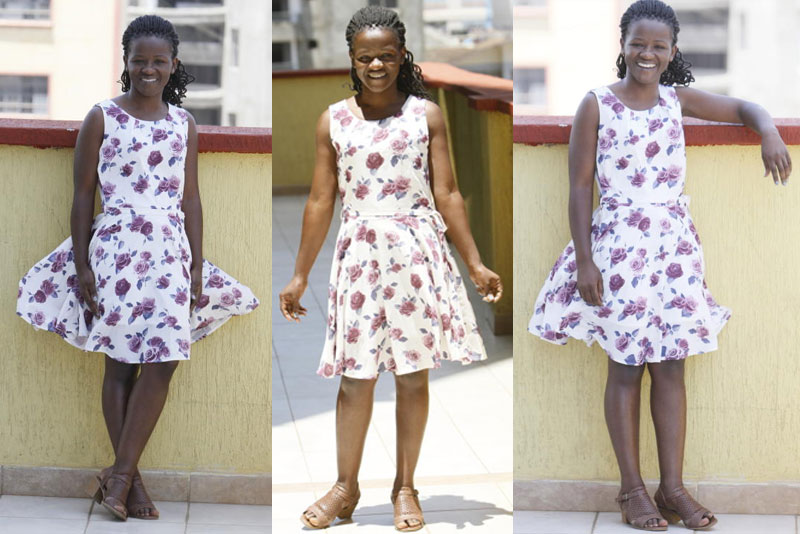 There are doctors who treated me for urinary tract infection and there those who thought getting pregnant would end my pain.

The pain began taking a toll on me mentally and there were times I was treated for depression.

Doctors were not diagnosing the problem right and hence I was being treated for illnesses I did not have. As this happened my condition was worsening.

Emptying my bowels and urinating became painful. Pain engulfed my body from the pelvis all the way down.

After nearly 10 years of misdiagnoses and bottles upon bottles of pain medication, anti-inflammatories and antibiotics, it all came to a naught in 2015 when I passed out in the middle of the streets in Nairobi.

I woke up at Aga Khan University Hospital. The doctor handling my case referred me to a gynaecologist who he said would give me a proper diagnosis.

The gynaecologist did tests – including laparoscopic surgery.

At the time I was in a stable relationship. We lived together – almost like husband and wife.

When my boyfriend heard the diagnosis and learnt that the disease had no cure and that it could leave me infertile, he wanted out. Our relationship ended.

I was placed on menopausal medication so that I would stop menstruating. But this did not work.

I was still in so much pain. I was constantly fatigued. The medicine I was taking left me feeling sicker. And it was affecting me psychologically. I tried to commit suicide three times.

One of those times I swallowed a cocktail of drugs. I survived. The most vivid attempt in my mind is the time I hopped onto a matatu headed for Athi River. 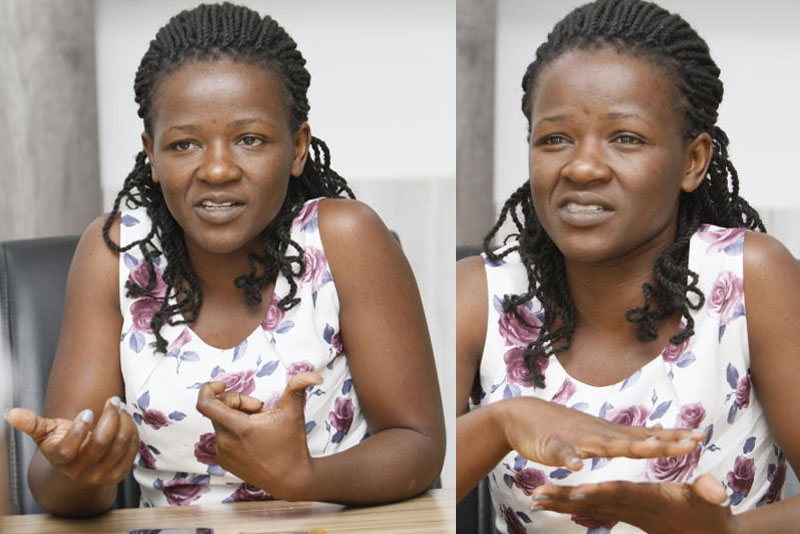 I was a mental wreck. I did not know why I was going where I was going. I remember alighting at a place I did not know. I wanted to cross the road while an oncoming car was close so that it could crush me dead. The car missed me by whisker.

I remember someone yelling abuses at me for being reckless. I began crying. Someone from a construction site nearby took notice and approached me.

They asked me what was wrong with me. They took me to a priest. In the evening the priest called my mother and that is when I explained what had happened.

Endometriosis also cost me four jobs. I lost a job in 2013. In 2014 I lost two jobs that I had successfully applied for. And in 2015 I resigned (and travelled upcountry to live with my mother) from a job I had held from 2014 because I was frequently getting ill and I couldn’t perform like I wanted to.

Life looked pretty bleak. One time, as I was researching online about endo, I came across Endometriosis Foundation of Kenya. I joined the group.

For the first time I was surrounded by women who could relate with what I was going through. My morale was boosted.

I ended up coming back to Nairobi and going back to hospital. I went through four surgeries. The last surgery revealed that the disease had spread to my ovaries, bowels, bladder, diaphragm and a host of other places in the pelvic cavity.

That was when I decided to fight the disease with every fibre in my body. I went online and talked to doctors from India, Dubai, Zimbabwe and other countries who could help.

I was particularly interested in a procedure called ‘excision’ which I came across online. It is a surgical procedure that was only available abroad and one that had much more success than any other mode of treating endometriosis.

Finally, in early 2018, I came across a doctor in Romania who worked at a facility dedicated to endometriosis. He said I could travel to have him do the procedure.

The only hurdle was I needed lots of money for airfare and treatment and my insurance couldn’t cater for that.

I took my savings and secured a Sh800,000 loan and travelled to Romania in May 2018. The doctor did excision (removal of the endometriosis) from around my pelvic area. I went back for my next appointment in October last year. This time the excision was done from my diaphragm – just below my lungs.

It has been five months since and I haven’t been in pain.

Health by The Mirror