My life as a plastic bag in Nairobi 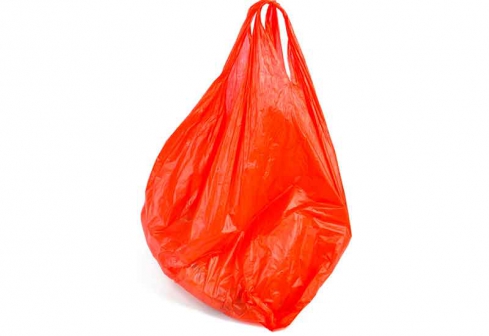 I was born on a Friday in August at a place not too far from Mater Hospital called ‘Premier Limited’ (which had nothing to do with the former Prime Minister bwana Raila ‘Tinga’ Odinga). PREMIER stood for ‘Polythene Rolling Entrepreneurs & Mills Industry Enterprise Reams.’

It was noisy where I was born – with a Muhindi constantly yelling at some men who generally ignored him and insulted him behind his back in Kikamba. Separated from my siblings (there were millions of them), I was shipped off (okay, driven) to a supermarket on Uhuru highway.

As it turned out, the large supermarket was a big branch of a tree that I understood was about to collapse under its own weight (debts). Not that you’d have thought it looking at all the middle class shoppers. But you saw the shelves that were stocked just in front, like something ‘Potemkin’ in North Korea. And you smelled the fear under the workers’ skins.

But then here came a young woman in her twenties, with a man who looked in his mid-thirties. He had bought her a perfume called ‘Rose of No Man’s Land’ and they wrapped her in me.

I was at the couple’s apartment, my insides still smelling of roses. In the afternoon, the young lady took me for a walk, presumably to the local store so she could stuff me with a few groceries. I didn’t mind, since I had taken a small shine to her. But before we could get to the store, a sudden Sunday afternoon downpour occurred. The young lady shrieked (she had ‘done’ her hair just that Saturday morning) and stuffed me on her head (that smelled of shampoo) and we ran all the way back to the apartment block together.

My shampoo mistress left the house early for work, but her boyfriend stayed. Unlike Saturday when he had been in fine and loving form, he was in a bad mood and hungover as hell. He had come back to the flat quite late the night before and kept muttering: ‘Damn Arsenal! Losing four/zero to Liverpool!’ Finally at about half past ten, the fellow is ready to leave for work – but first he stuffs me with all sorts of leftover wrappers and scraps of food – and leaves me out in the hallway to be ‘collected’ as rubbish.

It has been a long journey for me, but here I am in Dandora, having been blown off the back of the ‘Sonko’ rubbish truck. Some ruffian boys found me, stuffed me up with paper, tied me up with sisal rope – and are now kicking me about here and there, in an energetic game of football.

Wednesday – I burst (as a football).

So the boys abandoned me there in the open field, the way ‘men’ often abandon things that are no longer working, with no regrets. A mad man, let’s call him Max, found me in the night – and promptly took a dump in me. Then he whirled me above his head till I was dizzy. And threw me into Nairobi river.

All day I’ve floated in the water until my ‘sin’ was washed clean. Then a strong wind picked me up and floated me like a kite above the world till I landed in some dusty estate, next to a chap cooking mutura. He looked at me like a godsend, and the next person who asked for mutura got me as the food wrapper.

The next day, the fellow took me with him to work in his pants. He had poured out the mutura from me, then ‘starving’ and absent-mindedly, stuffed me into his pant pockets. He is a waiter at the hotel, and he is very busy serving a table with an infamous politician and a bunch of policemen whom he wishes to bribe so they can kick school kids out of a playground he wants to grab. By the time they are done with lunch, the entire bunch is looking rather ill – and dashing to the toilet. Cholera has struck the ‘Off-East’ hotel with a mighty vengeance.

The choleric waiter finally found me in his pocket, and without so much as a farewell, tossed me into a back storeroom, full of old newspapers.

One of them (I can see the name ‘Beryl’ on it) tells me – ‘Starting Monday, you are banned!’ ‘Shut up, you meat-wrapper,’ I reply.