﻿﻿ Evewoman : Most people wait FOUR years to end a bad relationship - here's why ​
​ 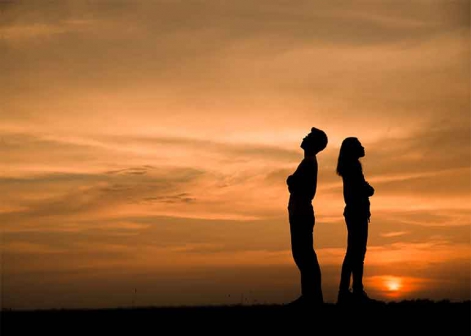 Two million Brits are unhappy in love - but fear of the single life, means only a quarter will eventually end the romance

Would you consider staying in a relationship even though you know deep down it's bad for you?

Well, you're not the only one. The average person in a bad relationship waits four years before breaking it off - and that's mostly down to fear of the 'single life'.

In Britain, two million people are in a relationship with somebody who is not right for them. Despite this, just one in four intend to end their mismatched union.

According to research by relationship site eHarmony.co.uk – fear of being alone, pity for their partner and concern over how the rest of the family will be affected are the major reasons why people stay in relationships they know are wrong for them.

Buy why are we so unhappy in love?

Do we fear being single THAT much?

Long-term compatibility is the main concern, with nearly half (41%) saying they don’t see a future with their partner and a third (34%) stating that they want different things from life.

A sad 20% admit they simply don't love their partner.

What the main causes of couples splitting up?

But what's the best time to take the plunge and get back on the market?

Rather predictably January is the month when a quarter of us move on most quickly - less than a month after the big split.

"Avoid rushing from one relationship to another"

eHarmony.co.uk psychologist Dr. Linda Papadopoulos comments: “The start of a New Year is a great time to take stock of everything in your life and work out what you want from the year ahead, be it a career change, new fitness plan or relationship reassessment.

"When it comes to love, our research shows that many people stay in relationships that they know are wrong for them for a huge a variety of reasons.

"Yet, whilst this may feel like self-preservation, it can actually end up having a negative effect on self-confidence. By the same token, avoid rushing from one relationship to another and focus instead on your own happiness and well-being – the rest will follow.”

Jemima Wade, expert for eHarmony.co.uk, comments: “They say that breaking up is hard to do, but it’s vital that you are in a relationship that makes you feel good.

"We hear all the time about members who have bounced back after a bad relationship and found themselves happier than ever before with someone they’re truly compatible with.

"That’s why eHarmony partners people on the things that matter – like your values, beliefs and character – finding better matches that really last.”