﻿﻿ Evewoman : Prof Margaret Kobia,chairperson of the Public Service Commission,shares her dreams and worries of the commission ​
​

Prof Margaret Kobia,chairperson of the Public Service Commission,shares her dreams and worries of the commission 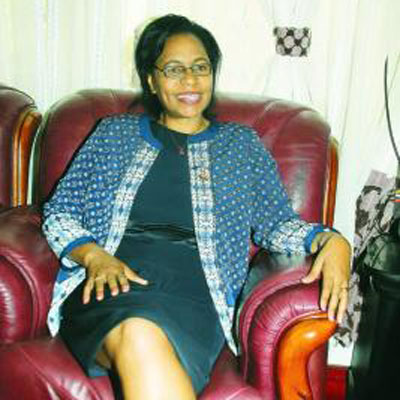 She is one of the most powerful women in Kenya today, yet despite her remarkable achievements, she has remained humble and approachable in her day-to-day life.

So what’s she like, up close and personal? Relaxed, down-to-earth, a time-keeper and focused. Her easygoing nature is certainly apparent in all that she does, from the way she communicates to the way she interacts with those around her.

As she opens up about her humble background and the hard work she has had to put in to emerge successful, Kobia says confidence has been her greatest weapon.

Born and brought up in the expansive rural setting of Meru County, as the firstborn in a family of seven (five sisters and two brothers), Kobia says her parents’ view on education made her who she is today.

“My father worked in the police force while my mother was both a farmer and homemaker. She is the best manager I’ve ever seen. Since my father was away from home most of the time due to the nature of his work, she still managed to take care of us,” says Kobia.

“Though we grew up in a home where food was plenty, my mother ensured we took part in planting and harvesting at the farm. There was no joke about that,” she laughingly recalls. “We were taught that every time we had to be on the move; at least doing something in the house or at the farm. To date, when I am idle, I feel bad because that is not how I was raised.”

It’s no coincidence that Kobia has become the outstanding manager who guarantees one thing, delivering an excellent job. Her high school days, she says, were equally a blessing.

“We grew up knowing to have a good life, you must have good education. In the family, we have a gynaecologist, an accountant, and one of my sisters (Makena Muchiri) is Kenya’s Ambassador to Netherlands.”

Kobia says Alliance Girls High School, which she joined in 1972 for her O-levels also shaped her the woman she is today. There you had to be a hard worker to survive, she recalls.

“During those days, schools did not have many workers, so students had to do some of the things for themselves. In the mornings, everyone could be given their portion of area to clean. On Saturdays, we all had to take part in community work. I must say that the culture of hard work was instilled in me right from an early age,” she says.

Kobia left Alliance in 1977 after her A-levels. In 1979, she joined the University of Nairobi for a Bachelor of Education degree.

“While still in primary school at Mariinya -A- Ruibi in Meru, I greatly admired the teaching profession. In those days, a teacher was seen as the most astounding person and accorded much respect. When I went to university, I thought to myself, why not raise the bar, hence I started dreaming of becoming a lecturer. I later realised that as life unfolds, you weigh where you fit best,” adds Kobia.

True to her dreams, in 1981, Kobia kick-started her career as a teacher at Ngara Girls High School. After teaching for some time, she realised she needed to advance her career to make a difference at a higher level. In 1987, she joined the Kenya National Examinations Council (KNEC) as a Research Officer/Test Developer.

“It was a new job with more tasking responsibilities, hence, I had to hit the ground running because I had to deliver. I was ready to give my best,” she says.

While at it, she had to endure criticism and rivalry from some of her colleagues who felt she didn’t have the qualifications to be in the research department. This pushed her to enroll for a Masters in Teacher Education at Kenyatta University in 1990.

This set her for greater things in life. She rose through several ranks in the academic ladder.

In 1992, she was appointed Senior Lecturer in Education at Kenya Science Teachers’ College and in 1996, she moved to Kenyatta University as the Acting Deputy Registrar and Director, Students’ Welfare Services Board.

In 2002, she took up the position of Assistant Commission Secretary at the then Commission for Higher Education (now Commission for University Education) before she went back to teaching as a Senior lecturer in Management, Entrepreneurship and Research Methodology at Strathmore University.

In 2005, Kobia was appointed the director, Kenya Institute of Administration (KIA) now Kenya School of Government, which perhaps has been the highlight of her career.

“I joined the institution when it was totally run down yet it was meant to be a training facility for good public practices in government. The infrastructure was in a sorry state. I must say that changing jobs gives you an opportunity to be exposed to so many things.”

Prof Kobia swung into action, taking simple reconstruction steps and redeeming the image of the institution. Fast forward to today; the Kenya School of Government stands tall among its peers — so much so that it was used as a model by the South African government to set up a similar school.

“I am proud of what I did during my tenure. There may be no formula of how people progress in their careers but being competent, taking up opportunities as they come, hard work, being prayerful and remaining focused has helped me,” she says.

As the chairperson of PSC, Kobia is in charge of more than 700,000 civil servants.

She offers: “I had to go through a very tough vetting process to get this job. Most of the letters I receive are normally addressed ‘Mr’ because many feel that a woman cannot hold such a post. As women get to such positions, they must learn coping strategies to keep them there, how to delegate and surround themselves with talent.”

Her role is to provide strategic policy direction to the board for the performance of public servants.

“As PSC, we are now alive,” she says with a wide grin. “I started off by studying the organisation and why public service does not perform. I came to understand that sometimes structures are not very clear, policies and systems are not in place, and there is no accountability mechanism. We had to work on a strategic plan to improve on these areas so that even the staff in the public sector could be motivated to work. We are currently revising our PSC Bill to include provisions of the Constitution”

Kobia says her biggest worry and the only thing that keeps her awake is the fact that public service is not efficient as it should be.

“My mission is to empower people to maximise their potential. The fear that civil servants are being registered to be retrenched is not true. It is to clarify roles so that people will enjoy their work and to come up with the right organisational structures. Once we do that, public service will be efficient,” she says.

After her tenure at PSC, Kobia hopes to go back to university halls and teach entrepreneurship and management.

“Teaching is my lifeline. I was born to teach and empower people. I feel happy when I go to class and teach,” she says.