Philip Karanja, 30, is a former Tahidi High actor turned TV series maestro. He talks about making his mark in the TV world, running a production company, and being in love with actress Catherine Kamau.

Last year you and your wife, former Mother-In-Law actress Catherine Kamau, had one of the most talked about weddings in the entertainment industry, was it everything you imagined?

Weddings are a lot of pressure for men, but the biggest satisfaction I got is from the fact that I gave my wife, my best friend, her dream wedding. Girls fantasise, dream and plan their wedding day from when they are young and for a man to match up to those high expectations, you have made it in life.

Best memory from your wedding…

Seeing how happy my wife was, and the very intimate speech our son gave.

What about Catherine Kamau made her ‘the one’?

Two things: She is my best friend, sometimes I have to remind her she is my wife as well and vice versa. Secondly, she is undefinable.

Being a creative, we kind of get bored quickly, but with her, you will never be bored. She is a burst of energy and is always exciting. I can never guess her next reaction and being an adrenaline junkie myself, she is my perfect drug that I can never get enough of.

Apart from your wedding, your production company also made its mark at last year’s Kalasha Awards, tell us about that

It felt pretty good for the recognition, moreso from peers in the industry. You actually feel that all the hours you put in were not a waste of time. But, to be honest, it’s not the awards I go for. I am more interested in knowing that more Kenyans are watching our shows.

You first got into the industry as an actor, what pushed you to go behind the camera as a director?

I was an actor because it was a means to an end. I was always going to be a director. It’s what I loved and wanted to do from when I was in high school. I want to create from nothing.

Most people know you from your days as an actor on Tahidi High. Are you done with acting now?

Not at all, and, hopefully, I will be back as a regular feature on the screen soon. It’s only that I had to focus on one of the two and be a master at it. I chose directing, but acting is in me and occasionally I still do cameo appearances on Sue na Jonnie.

What are some challenges you faced with your production company?

Risky risks. We would pump in a lot of our personal cash shooting some concepts we had, but the returns were not as fast. From 2012 when we formed the company, we have been shooting concepts but we only got our first job in 2016. Take Sue na Jonnie, for example.

For two years, we tarmacked with that concept but no one would give us a chance. Every TV station in Kenya has a copy of that show on its shelves but only one commissioning editor from Maisha Magic East on MNET believed in it and they gave us a chance. So, as you can imagine, we have many concepts that have been rejected. There are many times we almost gave up.

Did you get any training in film/TV or is it about talent?

After directing The Real Househelps of Kawangware for two years, the company we were working for let us go and because we couldn’t reach an agreement. I found myself jobless for several months, and any kind of money I had, I invested in shooting concepts that kept getting rejected.

It was hard for me to have my dreams get crushed every time my concepts got rejected. However what was even more difficult was not being able to provide for my family. Overcoming it was simply belief in God and my skills. It was really a matter of just pushing on with the one thing that I was good at, TV directing. I often wondered about the job I would get if I quit TV after 10 years.

I never wanted to be an intern at my age. I was not prepared to start life from scratch again. So I just kept knocking on those doors and feeding my passion.

Having back to back successful shows. Abel Mutua and myself have been working together for 11 years now, he writes and I direct. The shows we have worked on include Tahidi High, Mother-In-Law, Hapa Kule News, Real Househelps of Kawangware and currently the award-winning shows Hullabaloo Estate and Sue na Jonnie.

A little about yourself…

I am an ambivert, part introvert, part extrovert. Further, I am the second born in my family. I have four sisters, and yes, I am a mama’s boy. As a kid, I was the dreamer.

I wanted to be an astronaut, then a chef, then a historian, an archaeologist, a musician despite the fact I cannot sing to save my life, and finally I discovered I could be all these things by being an actor, and by being a director, I could create all these worlds I had fantasized about.

What do you prefer, an independent/modern wife or the traditional wife?

An independent and modern wife. My dad passed on when I was still in high school and our lives changed tremendously, but my mum was such a strong woman. She took on the role of mum and provider.

That experience taught me to look for a wife who can hold her weight, not that I’d depend on her but that guarantees that if anything was to happen to me, my family will still be taken care of. And I am also excited by liberal thinkers so I want a wife who is out there and exposed.

That I do not drink alcohol. 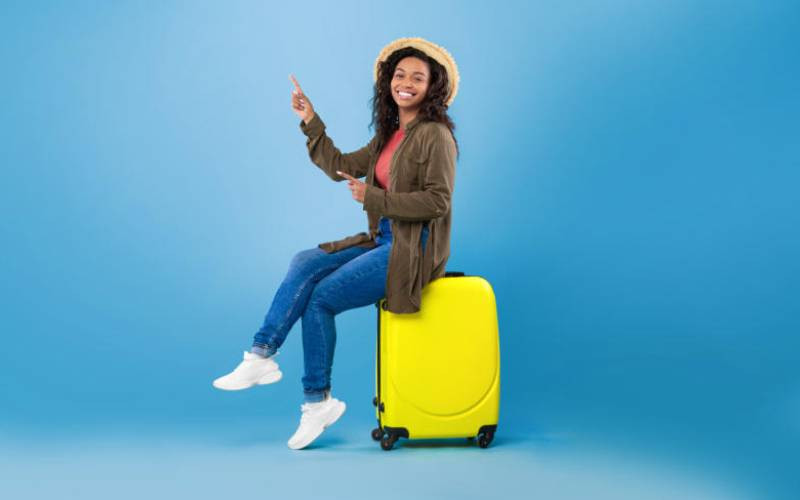 Learn the art of travelling light
Leisure And Travel
By Jayne Rose Gacheri
33m ago
Items you need to set up a home gym
Fitness
By Eve Writer
1h ago
Easy recipe: Ethiopian Injera
Food
By Lolita Bunde
23h ago
Beauty resolutions you need make this year
Fashion And Beauty
By Eve Writer
Feb. 8, 2023
Why you should date and marry your friend
Relationships
By Ainea Bolingo
Feb. 8, 2023
.