Six patients die of Covid-19 as 87 others test positive 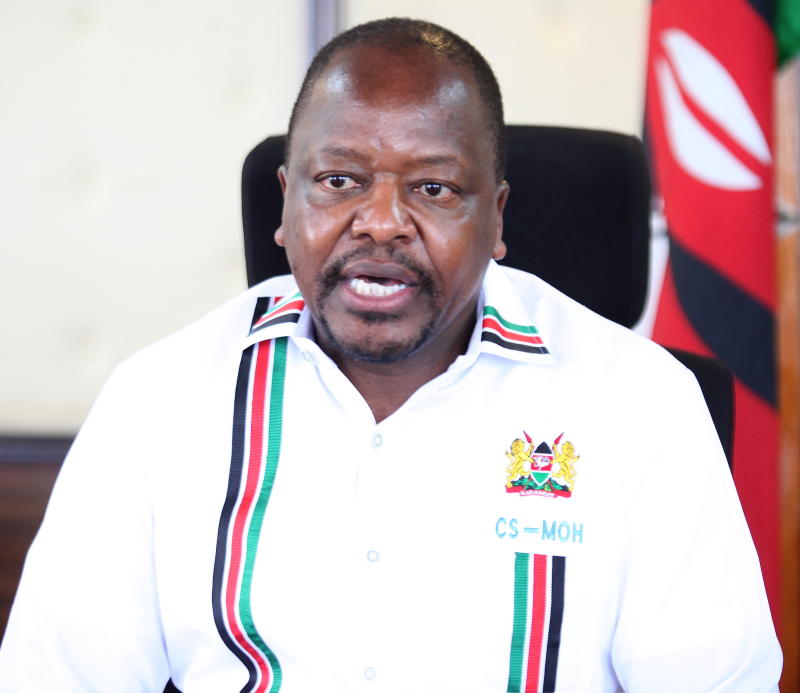 Covid-19 death toll in Kenya has hit 1,710 after six more patients succumbed to the disease today.

In a statement on Sunday, Health CS Mutahi Kagwe (pictured) said that 87 more patients had tested positive for the virus bringing to 98,271 the number of confirmed cases in the country.

Cumulatively, the Ministry has tested 1,092,144 samples since the first case was confirmed in March last year.

Seventy eight of the new cases are Kenyans while nine are foreigners.

Fifty eight of those are men, and twenty nine are women.

According to the latest statistics, the youngest is a five-year-old while the oldest is 88 years old.

Kagwe also announced 67 new recoveries in the last 24 hours, 55 being from Home Based care while 12 were discharged from various health facilities. The total recoveries now stand at 80,875.

According to the Ministry, there are 676 patients currently admitted in various hospitals across the country and another 2,142 patients on the home-based care programme.