By MERCY ADHIAMBO | 4 months ago 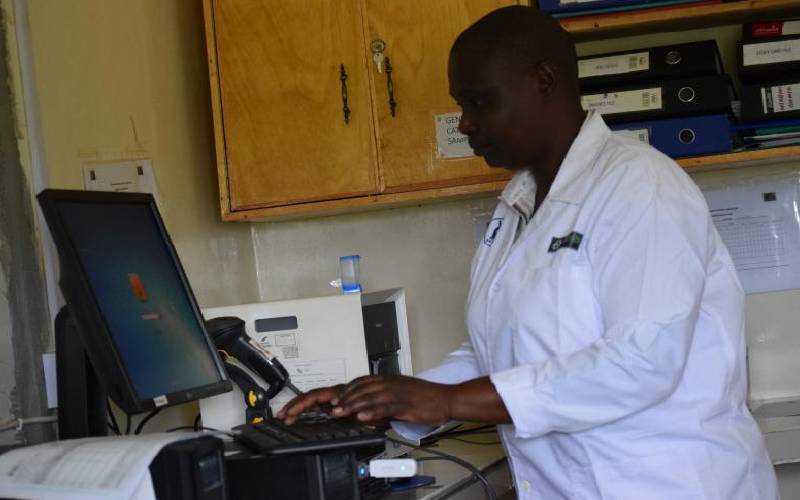 Homa Bay has the highest HIV prevalence in the country at 18.5 per cent.

According to a report by the National Aids Council (NACC) to be launched today, the number of people aged 19-49 years that tested HIV positive was about 19 in every 100.

The national prevalence is 4.5 per cent. This is a slight reduction from the 4.7 per cent prevalence recorded last year. Women still bear the biggest HIV burden, with 5.8 per cent in the age bracket of 19 and 29 years testing positive compared to 3.1 per cent among their male counterparts.

The trend seems to be the same in almost all counties apart from Bungoma where more men tested positive compared to women, with the HIV prevalence pegged at 3.7 per cent in men compared to 1.4 per cent in women.

Migori (11.8 per cent), and Busia and Mombasa counties, with slightly more than six per cent each, also have a high prevalence. Most of the high HIV prevalence was noted in major towns.

Wajir, Mandera, Garissa and Tana River have the lowest prevalence, with all of them having below one per cent prevalence. Other counties that have a low prevalence rate include Baringo (1.7 per cent), West Pokot (1.1 per cent) and Isiolo (1.6 per cent)

In terms of new infections, Kisumu County recorded the largest number of people infected with HIV over the past one year. Data from the NACC indicates that out of the 41,416 new infections, 4,661 were recorded in Kisumu.

Despite aggressive campaigns by the government to prevent mother to child transmission on delivery, the country still had 6,806 children accounting for new infections. Tana River, with six cases, recorded the lowest number of children with new HIV infections, while Nairobi, Kisumu and Homa Bay had the highest cases, with each having more than 500 new cases among children.

Generally, the northern frontier counties had the least infection rates, with counties like Garissa, Tana River, Mandera and Wajir having less than 100 new cases of HIV.

Nyandarua, West Pokot, Elgeyo Marakwet, Tharaka Nithi and Murang’a also had low infection rates, with each of the counties having less than 200 new cases.

The top 10 counties with the highest number of people living with the virus also include Mombasa, Nakuru, Kiambu, Uasin Gishu and Nakuru.

These 10 countries are home to 60 per cent of Kenyans living with the virus.

Laikipia, Tharaka Nithi, Baringo, West Pokot and Elgeyo Marakwet are listed with the northern frontier counties as areas with fewer people living with the disease.

Tana River, Lamu, Samburu and Marsabit had the least number of people who died of HIV ailments. The total number of children who died from HIV related complications was 4,333, and Nairobi led with 666 children aged below four years.

An adolescent in Kisumu and Siaya is more likely to get infected with HIV.

The report shows that the two counties, at 852 and 760 new cases, respectively, led in the number of young people aged between 10 and 19 who got new infections. Nairobi and Homa Bay had the highest number of adolescents dying of HIV at 223 and 221 people, respectively.

By GRAHAM KAJILWA | 11h ago