What having more than 10 sexual partners means 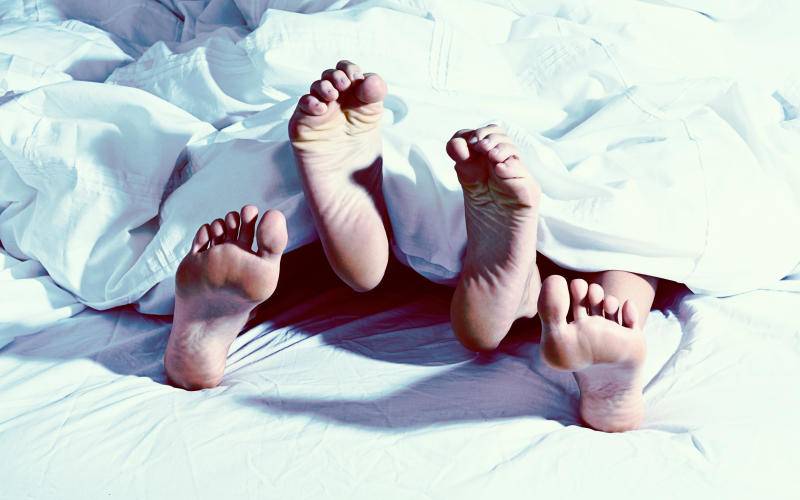 Having many sexual partners may be a thrill to some, but medical experts warn it comes at a steep price in physical health and longevity.

Philanderers are no strangers to common sexually transmitted diseases such as syphilis, gonorrhea and HIV, but promiscuity has now been linked to life-threatening cancers.

A recent study, that has created a buzz in medical circles, suggests individuals who have had 10 or more lifetime sexual partners are at higher risk of developing some cancers or other life threatening disease compared to “zero or near zero grazers”.

The study done jointly by several European universities involved 5,722 men and women aged over 50, and reported a link between more sexual partners and high risk of cancer.

“Having had 10 or more lifetime sexual partners was associated with higher odds of reporting a diagnosis of cancer than having had one or no sexual partner in both men and women,” says the study appearing in the BMJ Sexual and Reproductive Health.

Among the men, those with two to four partners had a 57 per cent higher chance of a cancer diagnosis compared to those with one or zero. This risk increased to 69 per cent when the partners increased to 10 or more.

The study theorises that having more sexual partners is likely to lead to unsafe sex and possible exposure to infectious agents such as the Human Papilloma Virus (HPV), HIV, herpes and hepatitis which have been linked to some cancers.

These organisms have been linked to various human cancers including those of the cervix, penis, vagina, anus, mouth, throat, prostate, liver and the skin.

The average no. of partners for Kenyans

Despite the risks, the current Kenya Demographic and Health Survey says divorced, widowed and separated men are eating life with a big spoon. On average these men have about 12 lifetime sexual partners.

The data collected nationally by the Ministry of Health and Kenya National Bureau of Statistics shows on average men are having about seven life time sexual partners compared to about two for women.

While men aged 15-24 have four lifetime sex partners on average, by the time some reach 39 they have had eight partners and about 10 by age 49.

The older men, 40-49 years, reported the lowest rates of protective sex with only about 20 per cent using condoms compared to more than 60 per cent among younger males.

The data also shows 10 per cent of men in Kenya have multiple sex partners at the same time – concurrently – compared to only about one per cent in women.

Married men, aged 25-39, and living in urban areas are the most likely to run concurrent relationships compared to their rural and unmarried counterparts.

By region, the survey showed Nairobi has the highest cases of multiple sexual partnerships, followed by Nyanza and Central.

More likely to die from unsafe sex than anything else

Ministry of Health in several policy documents acknowledges that a Kenyan is more likely to die from health complications brought about by unsafe sex than from traffic accidents, alcohol, tobacco or a sedentary lifestyle.

Unsafe sex tops a list of the ministry’s ten leading risk factors that contribute to deaths and illnesses in Kenya.

In the Kenya Health Policy 2012-2030, the ministry indicates a third and up to 26 per cent of Kenyans are at risk of dying or getting sick from unsafe sex respectively.

This, the ministry indicates is way ahead of the risk of dying or getting sick from breathing polluted air, drinking bad water, abusing alcohol or tobacco, poor diet or even high blood pressure.

“Unsafe sex leads to many conditions affecting health, such as HIV and other STIs, reproductive tract cancers, unwanted pregnancies, psychosocial conditions, amongst others,” says the policy document.

In a contribution to the Global Burden of Disease Surveys, the Ministry of Health puts unsafe sex up there with unsafe water, sanitation, hand washing and malnutrition as the top cause of death and disease in the country.

The data published in The Lancet, shows unsafe sex to bear the biggest risk in Lamu and Nakuru but with least risk in Garissa and Wajir counties.

Unsafe sex, the data shows, is the third greatest risk to health in Nairobi after child and maternal malnutrition, and high blood pressure.

“The lower magnitude of health loss attributable to unsafe sex in Garissa and Wajir compared with other counties could reflect their religious beliefs and practices,” says the report by Dr William Maina and Dr Gladwell Gathecha of the health ministry.

Oral sex to blame too

Medical experts are also puzzled by a global increase of throat, mouth, tongue, neck and head cancers despite a major drop in tobacco use – the major risk factor.

“Young people, who are increasingly practicing oral sex especially with many partners, may be driving the increase in these cancers,” suggests the study appearing in the journal Head & Neck Oncology.

Similarly, a report by the Kenya Medical Research Institute, early this year involving 348 female sex workers in Nairobi, detected HPV in more than a quarter of the women.

Some of the women had reported up to 40 clients in a week which was associated with the high HPV prevalence in the group.

Majority of the women, 190 or about 55 per cent, were divorced, widowed or separated while about 44 per cent were single with three being married or in a union. Researchers have reported that nine per cent of female sex workers in Nairobi engage in oral sex.

Last year, the Ministry of Health, in new guidelines on the treatment of STIs, warned of increasing risk of oral sex and the emergence of untreatable gonorrhea.

Almost a half of cancer cases reported at Kenyatta National Hospital and Moi Teaching and Referral Hospital during a five-year period were as a result of preventable infectious agents.

These agents, the study led by Prof Omu Anzala, currently the face of science at the National Coronavirus Task force, included HIV- associated with Kaposi sarcoma, a cancer of the skin and other organs; hepatitis - linked to cancer of the liver; and HPV associated with multiple cancers of the human reproductive and food pipelines.

Prof Anzala also led a second study to find out whether the neck and head cancers being reported at KNH were associated with HPV.

“Twelve of the 160 study patients had tested positive for high risk HPV,” wrote Prof Anzala in the African Journal of Health Sciences.

While the study did not link the cancers to the patients’ sexual activities, it however reported a third had had multiple sexual partners. “There was, however, one patient who admitted to having engaged in anogenital sex.”

“This is horrifying; for fear of HIV most of our clients are opting for oral sex, and now this,” said Emmy, a HIV peer educator in Dagoretti.

This is being compounded by a huge number of local gay male sex workers who are engaging online, effectively getting lost to health promoting programmes.

Last year, the National Aids and STI Control Council reported to have reached some 6,672 gay men from Kisumu, Kiambu and Mombasa counties who are transacting online, but said many more are yet to be reached.

But while permissiveness is all the hype, a study in 34 African countries, including Kenya, shows men and women who walked into their marriages as virgins had fewer lifetime sexual partners and “may be a ticket to longer and healthier lives”.

It found 15 per cent of men and 36 per cent of women in the study involving 451,263 persons to have walked into their marriages as virgins.

“Our findings suggest that, postponing first sexual event until first marriage is associated with having a decreased number of lifetime sexual partners,” says the study by among others the African Population and Health Research Centre, Nairobi.

By Ibrahim Adan Ali Nov. 28, 2022
Mandera on high alert over fears of cholera outbreak in Garissa
.