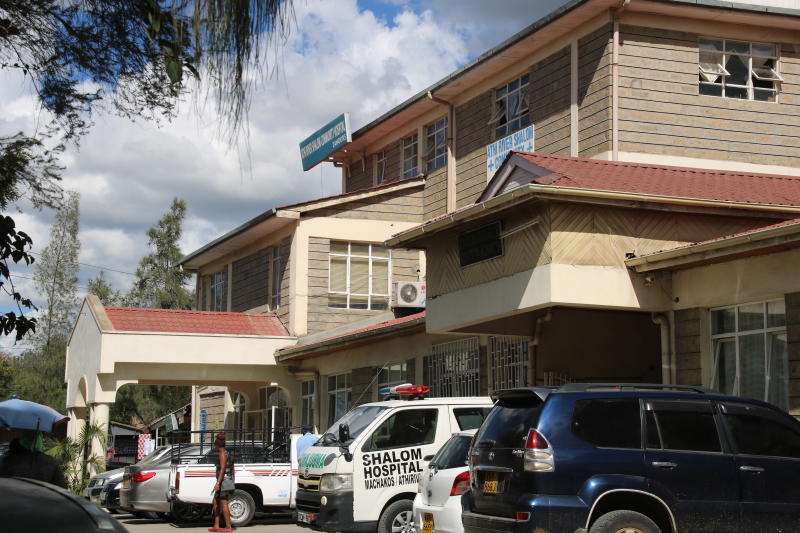 The hearing of a case where three former workers at Shalom Community Hospital in Machakos have been charged with causing the death of baby Ethan Junior Muendo last year started yesterday.

Testifying before Machakos Senior Principal Magistrate, Carolyne Ocharo, the parents, Juliana Mutheu and Jonathan Muendo told the court that their son would not have died had he not been injected with concentrated morphine.

Mutheu, who was the first to take the witness stand, told the court that on the fateful day of May 5, 2019, she took her baby, then seven months old to the private health facility in Machakos town because of a wound on the wrist.

The baby had sustained the wound after exposure to hot water from a dispenser.

“Upon explaining what had caused the injury, the health staff explained that they needed to inject her before any further treatment could be administered and I obliged,” Mutheu said.

Mutheu further submitted that the staff explained that the purpose of the drug was to alleviate pain on her baby’s wrist.

She went on to testify that her baby’s condition deteriorated immediately after leaving the hospital, which forced her to return to the same hospital.

“When we returned to the hospital, the baby’s condition worsened and he died,” she said.

Ethan’s father, Muendo who was the second witness told the court that his son was his usual playful self that morning he was taken to hospital for treatment.

“Our baby did not have any history of medical complications. Since birth, the only hospital visits we made were the scheduled clinic visits,” he said.

He told the court that he later learnt their baby had been injected with a high dosage of morphine.

The accused persons, Vincent Njau, Irene Kalee and Odhiambo Kennedy have pleaded not guilty to the charges. They face three counts including manslaughter.