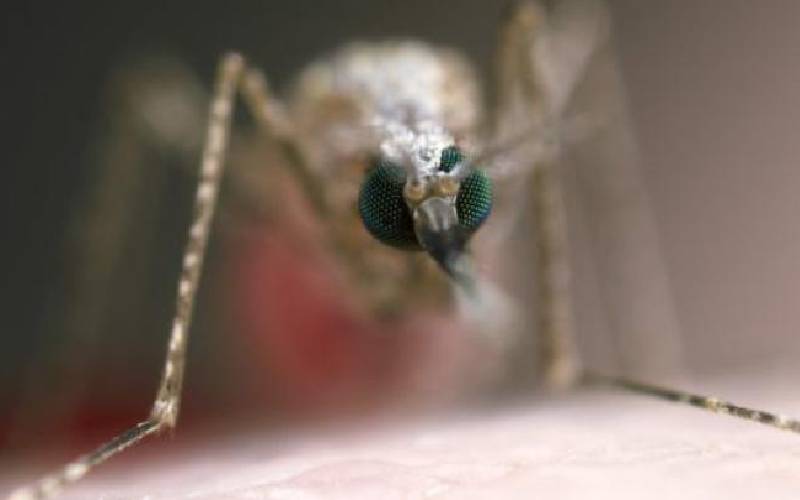 The malaria-carrying mosquito has changed from feeding early in the evening to late night as it finds its way around insecticide-treated bed nets.

Originally, malaria mosquitoes used to bite humans late at night but with large scale use of insecticide-treated bed nets, they changed meal times to early evenings before people retired under the nets.

But a new research in Busia County shows as they build resistance against treated nets, mosquitos are going back to their original late hours feeding when humans are sleeping and least aggressive.

They are also extending their feeding to early morning when many people in the area are smuggling goods across the Kenya-Uganda border, hence providing a good breakfast.

“Early morning cross border activities, as goods and services are smuggled across may have led the mosquitoes to change from its former biting patterns,” says the new study.

The study by researchers from the Ministry of Health, Kenya Medical Research Institute, University of Nairobi, Machakos University and Jomo Kenyatta University of Agriculture and Technology appeared this month in the Journal of Parasitology Research.

The authors say feeding hours for mosquitoes have been peaking at 9-10pm but they found this has been changing to 3-4 am as the insects build resistance against nets.

Not all mosquitoes have built resistance though, with those without continuing to bite in the early hours and mainly outdoors.

Those with resistance were found able to bite through nets, feed indoors and late at night and almost exclusively on humans.

The researchers say human blood remains the most preferred meal for malaria mosquitoes and those with resistance are likely to spend most of their time resting indoors.

When they tested the type of blood sucked by the mosquitoes, they found those with resistance had almost exclusively fed on humans while those without had mainly fed on other animals.

Apart from humans, the next most popular meal was cattle, pig, and goats in that order. No mosquito was found to have fed on a dog, cat, donkey or chicken.

Around 2016, studies at the Coast by Kemri had reported mosquitoes changing meal times to early evening as the use of treated nets became almost universal in Kenya.

The mosquitoes were also found to have increasingly changed from human blood to cattle, but the new study suggests they have reverted to humans with serious health consequences.

The resistant mosquitoes, the new study says, is likely to feed and rest in the house and even take a second helping in the morning.