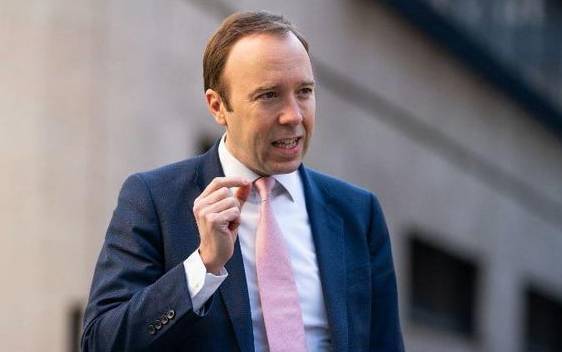 A coronavirus vaccine being developed by Oxford-based scientists is set to be tried on humans beginning Thursday, April 23, UK’s Secretary of State for Health and Social Care Matt Hancock has said.

Hancock (pictured) said the study will target 510 healthy volunteers between 18 and 55 years of age from varied locations in the United Kingdom.

Half the volunteers will receive the vaccine while the other half will get a ‘control’ vaccine which guards against sepsis and meningitis. The trial will take around six months but volunteers have the option of checking in after a year from the time of vaccination.

The UK government will be pumping in $24 million (Sh2.5 billion) to the team working on the vaccine and additional $27 million (Sh2.7 billion) to Imperial College where another vaccine is also being developed.

The money to the college is meant to support phase two of the trial and also begin a third phase of the same.

According to Hancock, the institutions working on the vaccine “are making rapid progress,” and “they will do everything in their power to support.”

How does the trial vaccine work?

According to researchers at Southampton University, the vaccine which will be known as ChAdox1 CoV-19 is developed from a weakened version of the common cold virus from chimpanzees and genetically altered to prevent it from growing in humans. Then it is combined with genes that make proteins from covid-19.

The main attacking strategy of the vaccine according to scientists will be to turn the virus’ most potent weapon- its spikes against it. The vaccine will increase antibodies that stick on the spikes allowing a person’s immunity to lock onto and destroy the virus.

Vaccines are trial and error

With other leading institutions like the Bill and Melinda Gates Foundation being at the forefront in the vaccine development race, and pumping in about $250 million (Sh26 billion); vaccine trials are yet to begin.

“Vaccine development is a process of trial and error and trial again,” said Hancock.

Earlier this year, it was widely agreed by experts that a viable vaccine would take about 18 months to develop. According to the Chief Executive of Bill & Melinda Gates Foundation Mark Suzman, once the world finds a vaccine, there will be a need to produce billions of does to meet the needs of the 7.8 billion people.

"We are going to need to vaccinate nearly everyone. There is no manufacturing capacity to do that," says Suzman.