With the Covid-19 threatening the healthcare system, people in Mnarani, Kilifi, are worried about their children.

The situation has also left healthcare workers wondering what the problem could be.

A health worker told Sunday Standard that two county hospitals had received cases of children aged under five years with similar symptoms and what is even more worrying is they all died a few hours later. More than 15 children have so far died.

Opollo Zacharia, 27, one of the parents still grieving the death of his daughter, Justice Miriam Ndede who was just one-and-a-half years old said he is worried his two-month-old daughter might suffer the same fate.

“She fell sick for about 20 hours only,” he recalled. On the night of March 3, he said the girl developed difficulty in breathing, a fever, weakness and a dry mild cough, the tell-tale signs of pneumonia.

To the best of his knowledge, no one in the family had exhibited similar symptoms, neither had anyone travelled recently or were in contact with someone who had tested positive for Covid-19.

The girl was taken to a private facility in Kilifi and the attending healthcare worker said Opollo’s daughter was not the first child he had seen with difficulty in breathing.

He gave the child medication and later discharged them but this did not work.

At 2am, they were back at the facility and she was admitted. The girl’s blood sugar levels were checked and everything was normal. She didn’t have malaria either.

“At 7am, I decided to get transferred to Malindi sub-County Hospital because we were not getting adequate attention at the facility,” he noted.

At the sub-County hospital, they were immediately admitted to the High Dependency Unit but baby Miriam died at 4pm.

Alfred Oyoma, 35, lost his eight-month-old daughter under similar circumstances. She had also been taken to a private facility in Malindi after she developed similar symptoms. She was later transferred to Kilifi Hospital.

“She died in less than 24 hours later and the diagnosis, we were given was pneumonia,” Oyoma said.

Her medical records show that she had a two to four-day history of illness. She had started treatment which did not alleviate her symptoms.

By the time she was getting to Kilifi County Hospital, she was in shock as was confirmed by her blood tests. She did not have malaria either.

“Over the last two weeks, we have seen children with similar presentations of sickness,” a healthcare worker who sought anonymity said. At least three children had died a few minutes after getting to the hospital, he said.

At least 15 other parents from Mnarani, Kilifi County have lost children at the two facilities in the county between March 3 and 22.

“We are wondering what’s happening,” another healthcare worker said. “We know certainly that it is pneumonia but we don’t know why it is happening now.”

Some of the issues that the healthcare workers are grappling with are whether a change in weather has anything to do with the sudden developments.

“Or are parents running here having sought services from other facilities where their children were misdiagnosed?” he posed.

Out of fear of Covid-19, healthcare workers are also wondering whether parents are self-medicating for too long and delaying in seeking the appropriate healthcare services that could potentially save their children’s lives.

“We are puzzled, we don’t know whether there is something at the hospitals that is affecting these children and interfering with their treatment process,” said the health worker.

We reached out to Dr Neema Mturi, a paediatrician and the Head of Clinical Services at Kilifi County Hospital but she said indicated that she was not authorised to speak to the media. Kilifi Health CEC could not be reached.

By KAGAI REUBEN | 8h ago 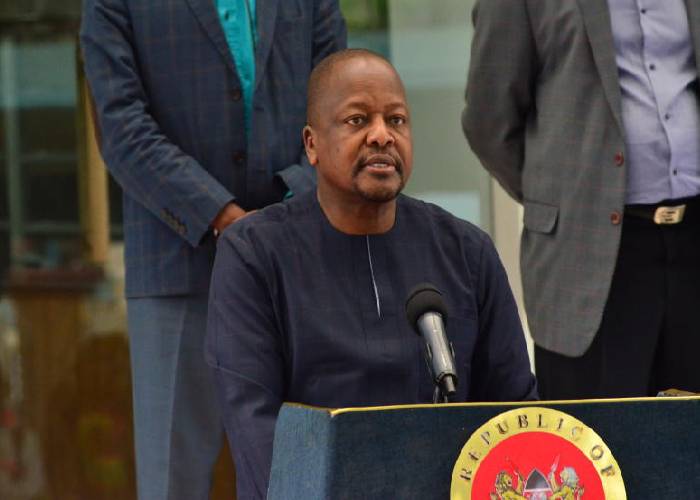